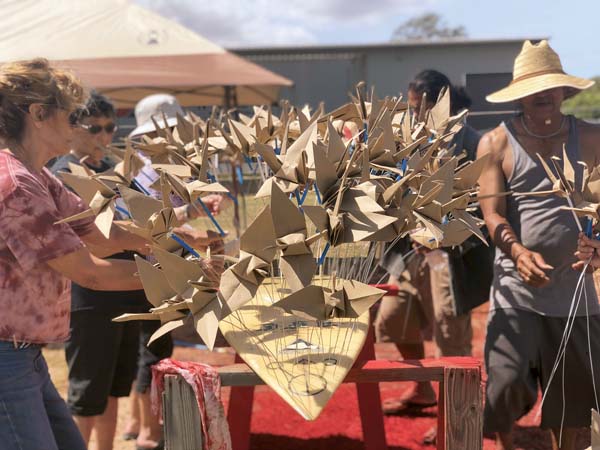 Scores of origami cranes made from construction paper are mounted onto a surfboard before getting sprayed with red paint Saturday at Kahului Hongwanji Mission. Five temples throughout Maui County will display the public art pieces to promote peace leading up to Peace Day in Hawaii this fall. -- The Maui News / KEHAULANI CERIZO photo

KAHULUI — Local volunteers are drawing attention to international peace, one paper crane at a time.

Hundreds of cranes have been folded but the project is far from finished as birds will continue to trickle in through the summer. Then, the public art pieces will be installed at Hongwanji temples around Maui County, culminating with Peace Day on Sept. 21.

“Ultimately, we want to really start conversations about what is peace, so that people can look at a situation and say, ‘Is this peace or isn’t it, and what can I do to make it peaceful if it’s not?’ “ said organizer Kallie Keith-Agaran. “In the short term, our goal is to get the news out: This is Peace Day. . . . We are the only state that has a peace day. Let’s start that conversation.”

About 20 volunteers arrived Saturday at Kahului Hongwanji to paint and store scores of origami cranes that were started back in April. Made from construction paper, wire and added to bases, the birds were coated in paint, dried and placed in storage over the weekend. 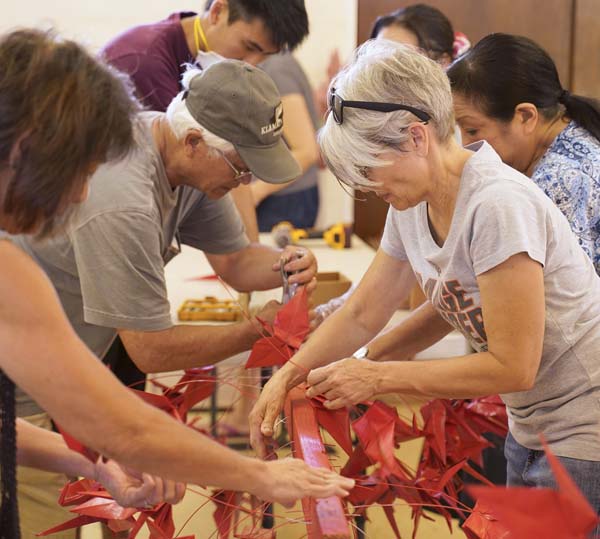 Kallie Keith-Agaran (foreground right), Maui representative on a statewide Hongwanji Peace Day committee, surrounded by other volunteers, works to remove paper cranes mounted to wood in order to be painted Saturday at Kahului Hongwanji Mission. Origami cranes will be placed at Hongwanji temples around Maui County leading up to Peace Day on Sept. 21. -- The Maui News / KEHAULANI CERIZO photo

Many volunteers Saturday were members of nearby Hongwanji missions. Though not a member, Mike Gagne, who was painting the birds, said he enjoys volunteering and being a part of community efforts.

“I like when people work together,” Gagne said. “It’s so rare anymore. When I see that happening, I’m like, ‘Let me be a part of your group.’ ”

Each of the five county temples in Lahaina, Makawao, Kahului, Wailuku and Lanai will have its own approach to the crane display, and some artworks will have a “surprise element” that Keith-Agaran said will hopefully interest the public.

All sites will feature a banner that reads “Peace Day Hawaii September 21st.”

Keith-Agaran, Maui representative on the statewide Hongwanji Peace Day committee, was inspired by the coverage of the 2014 World War I Remembrance Day centenary project that flooded the moat of London Castle with ceramic poppies. Five years ago, Keith-Agaran approached then-Kahului temple President Janet Shimada with the idea, and Shimada suggested constructing cranes instead of poppies. 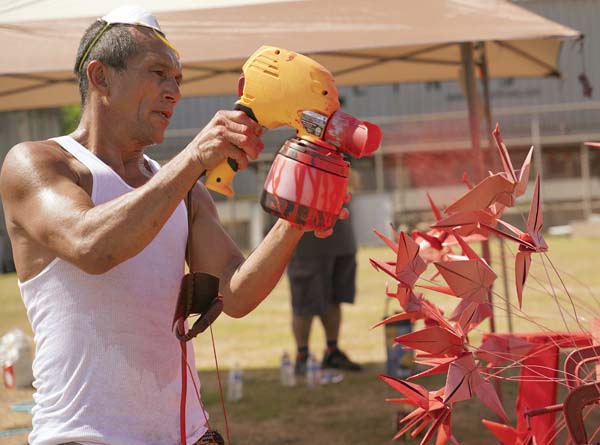 Part of the reason for the cranes is “that it has become an international symbol of peace,” Shimada said. “The other part is that it’s a connection to nature and how we need to get along with nature.”

The state’s main temple, Honpa Hongwanji on Oahu, provided each of five groups across Hawaii a $1,000 grant to help get the word out that Sept. 21 is Peace Day in Hawaii. Maui United Buddhist Women’s Association will receive a grant and sponsor Peace Day projects throughout the county’s five temples, Keith-Agaran said.

“We’re trying to awaken people again because we have such a nonpeaceful country anymore,” said Bobbie Parr of Wailuku Hongwanji. “We want people to come together and live in peace.”

Keith-Agaran, who lived in Japan decades ago and learned the language, said Buddhist temples serve as vessels of goodwill. 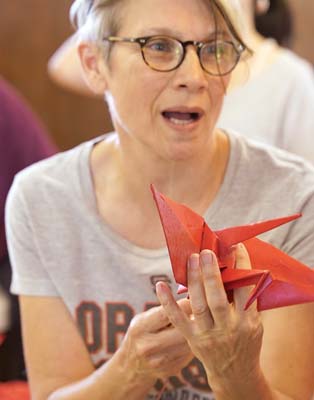 “Buddhist temples are repositories of peace,” she said. “They’ve practiced it for so long, over many generations. They don’t even recognize what the strength is here; it’s just part of what they do.”

However, she said, peaceful practices are vital for all people of any age or belief.

“(Peace) is critical to human health and happiness and the well-being of the planet — it’s essential,” she said. “And I’m not talking about peace as the state of no war. We are talking hate, greed, abuse, neglect, violence, fraud, jealousy — all these things are not states of peace. We really need to think about that and talk about it and teach it in our schools.”

Keith-Agaran added that the Aloha State is a unique place when it comes to harmonious people.

“Peace is in Hawaii more than it is in any other place in the country,” she said. 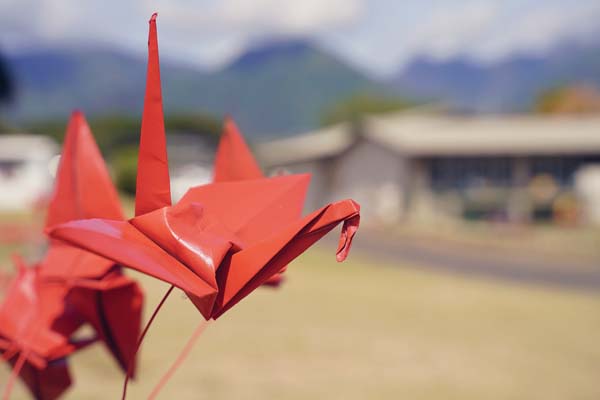 Origami paper cranes dry after getting a fresh coat of red paint Saturday at Kahului Hongwanji Mission. Hundreds of cranes are being folded, painted and stored for the lead-up to Peace Day this fall in Hawaii, when they will be placed at temples around the county. -- The Maui News / KEHAULANI CERIZO photo 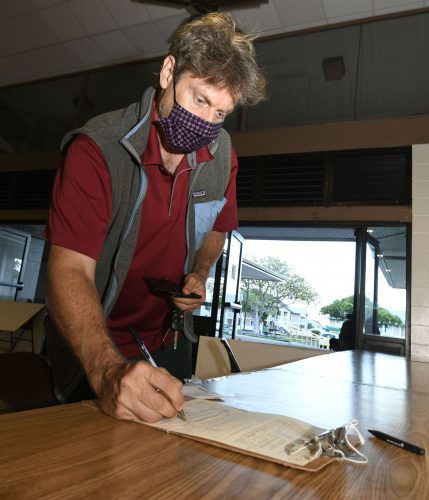 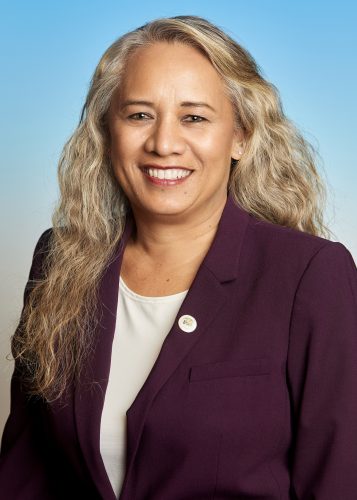 State of Hawaii Primary Election 2nd printout as of 9:33 p.m.