Project in process of getting its permits

A rendering of the future bus hub near the Kahului Public Library is pictured. The new $2 million transit facility would be built on 0.85 acres at the corner of Vevau and School streets. Riecke Sunnland Kono Architects rendering

High roofs, ticket windows, waiting areas with benches and surrounding landscaping are shown in designs for the proposed transit hub near the Kahului Public Library that were presented to the public for the first time during an Urban Design Review Board meeting earlier this month.

The new $2 million transit hub would be built on 0.85 acre at the corner of Vevau and School streets, close to current and future housing projects. It would include a ticket booth, a restroom and storage building, roofs to cover the passenger waiting area and bus loading areas, and a parking lot. With the relocation of the hub, the 11 existing bus shelters at the Queen Ka’ahumanu Center would be removed.

The board recommended approval and suggested adding public art to the front wall to make the hub more inviting, according to county planner Tara Furukawa.

Also, the panel said sidewalk and crosswalk safety is a concern because traffic comes from all directions; security should be added on walkways and in the buildings; natural lighting, sustainability and ventilation should be part of the design; cultural significance for the design, including the industrial buildings in the area, should be considered; and mitigation of fumes and noise, along with electric buses, should be incorporated, she said.

Security was another topic at the meeting. Four light poles would be added to the site, which would have gates that could close at night, in addition to security cameras.

Six buses could be accommodated at a time, and they would run until 10 p.m. During the meeting, the project team said access would be limited to one-way in and one-way out off Vevau Street. Entry would be closest to Kane Street and exit would be on the side close to School Street. Also, buses would be able to turn left and right off Vevau into the hub, Furukawa said.

In order to keep unnecessary noise from impacting neighbors, buses won’t idle long and engines will be turned off while waiting for passengers to load, Furukawa said.

Also, the project was designed to consider wind direction to avoid possible impact of fumes on nearby residents.

Vevau Street is a private road, but it will be built to county standards for future dedication to the county, Furukawa said. Sidewalks and crosswalks will be added. Kane Street will also get sidewalks.

The county has been working to secure an alternative site for the transit hub since the Queen Ka’ahumanu mall decided in October 2017 that it would not be renewing the lease for the island’s busiest transit hub, located next to Longs Drugs. The lease expires Jan. 31, 2020.

The project is in the process of seeking a special management area use permit. Its final environmental assessment will be published, then the project goes to Maui Planning Commission for a public hearing on the permit application.

A rendering of the future bus hub near the Kahului Public Library is pictured. The new $2 million transit facility would be built on 0.85 acres at the corner of Vevau and School streets. Riecke Sunnland Kono Architects rendering 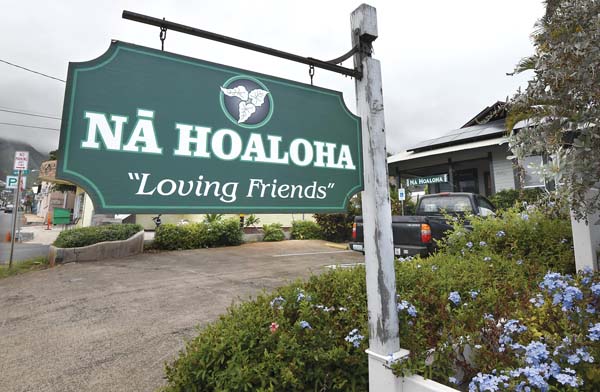