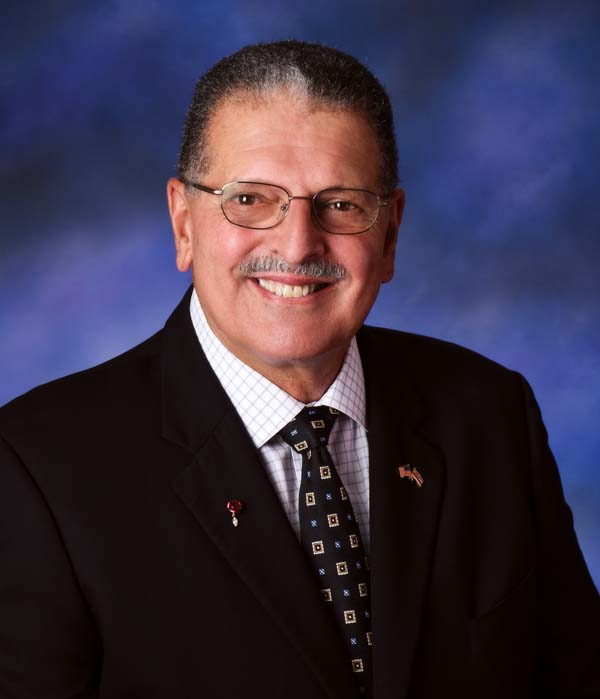 Maui Fire Department crews and tankers patrolled the perimeter of a major wildfire in Central and South Maui on Sunday, putting out flare-ups as the department’s Air One helicopter doused hot spots on the fourth day of firefighting efforts.

All roads remained open, with no evacuations in effect as of Sunday. 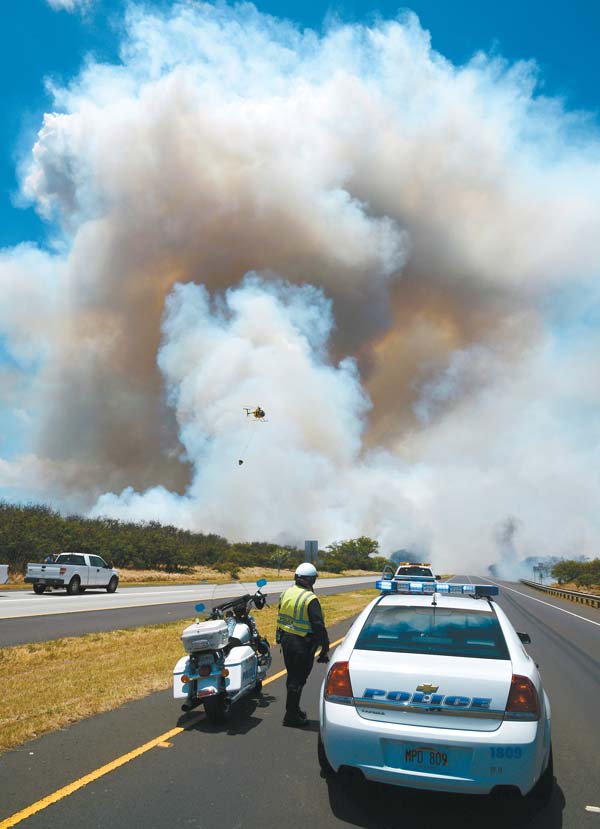 Kuihelani Highway was closed most of Thursday due to a wildfire that started near the highway’s intersection with Waiko Road. The Maui News / MATTHEW THAYER photo

Mayor Michael Victorino asked residents and visitors to exercise caution in the wake of the fires that have kicked up clouds of dirt and ash from Upcountry to Kaupo and South Maui. The mayor was concerned about windblown dust and ash hampering visibility on roadways, including North Kihei Road and Maui Veterans Highway. He said people with respiratory conditions should consider staying indoors, in air conditioning if possible.

As of Sunday, Kihei was at 190 on the air quality index, considered “unhealthy,” according to the state Department of Health’s air quality data website. Meanwhile, air quality in the Kahului area rated at a “good” level of 12.

The mayor also thanked firefighters who’ve been working tirelessly since the wildfires broke out Thursday and Friday. The 9,000-acre fire came within 150 feet of the Maalaea Power Plant and within 30 feet of the Kealia Pond National Wildlife Refuge’s visitor center. It also came close to some north Kihei homes and burned around the perimeter of the Maui Humane Society, where animals were finally able to return Saturday.

The blaze was spurred on by strong winds and dry conditions; Kahului set a record of 94 degrees Thursday, tied a record with 91 degrees Friday and set another record of 93 degrees Saturday. It tied a record high with 92 degrees Sunday.

Meanwhile, police did not have updates on the arson investigation it launched in the wake of the 200-acre Puunene brush fire, which prompted evacuations of Lowe’s, Target and other businesses in the Pu’unene Shopping Center. Police were looking for “a possibly maroon-colored Ford dually-type truck,” an early- to mid-2000s model with racks, that was seen leaving the Hookele Street fire area Friday.

Anyone with information on the driver or the vehicle should email fire.damage@mpd.net or message the Maui Police Department through its Facebook page. Or, call 244-6434 or 911 in an emergency.