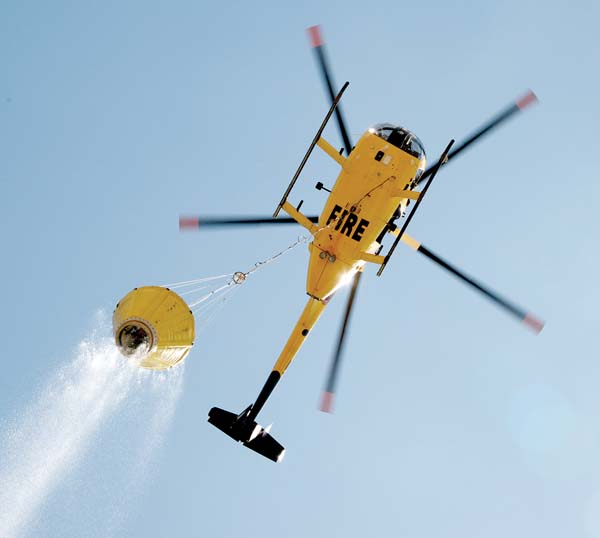 Hot spots on perimeter areas of the 9,000-acre South Maui wildfire were the focus of the third day of firefighting efforts, according to the county.

The Maui Fire Department upgraded containment from 70 to 80 percent for the blaze as the sun started to set Saturday.

“Now, all roads are open, and there are no evacuations as firefighters continue mop-up work, including putting out hot spots and flare-ups,” county spokesman Brian Perry said.

The department’s Air One and Two helicopters began making air drops of water after sunrise and were expected to continue working until sunset Saturday.

Smoke in the Puunene area earlier Saturday was Maui firefighters working to “burn out” unburned fuel around the Puunene fire to keep it from spreading outside a perimeter area, the county said.

The Puunene fire was reported at 1:30 p.m. off Hookele Street near the new Safeway and Lowe’s. That blaze slowed rush-hour traffic due to road closures and sparked evacuations of area businesses. Arson is under investigation in the Puunene incident, Maui Police Department announced Friday.

Still, no major damage or injuries have been reported in either fire.

Air quality returned to “good” on Saturday for the Kihei area, which is the best ranking possible, according to state Department of Health measurements.

On the first day of the fire, Kihei exceeded the “hazardous” air quality threshold, clocking 321 at 4 p.m., the health department said. “Hazardous” is the highest level, with an index greater than 300; it triggers a health warning of emergency conditions. On Friday, the Kihei station recorded an “unhealthy” air quality index at 156. “Unhealthy” is an index from 151 to 200, where everyone may begin to experience some adverse health effects and sensitive groups may have more serious symptoms.

Despite the fire, air quality remained at “good” in Kahului on Friday, health department data showed.