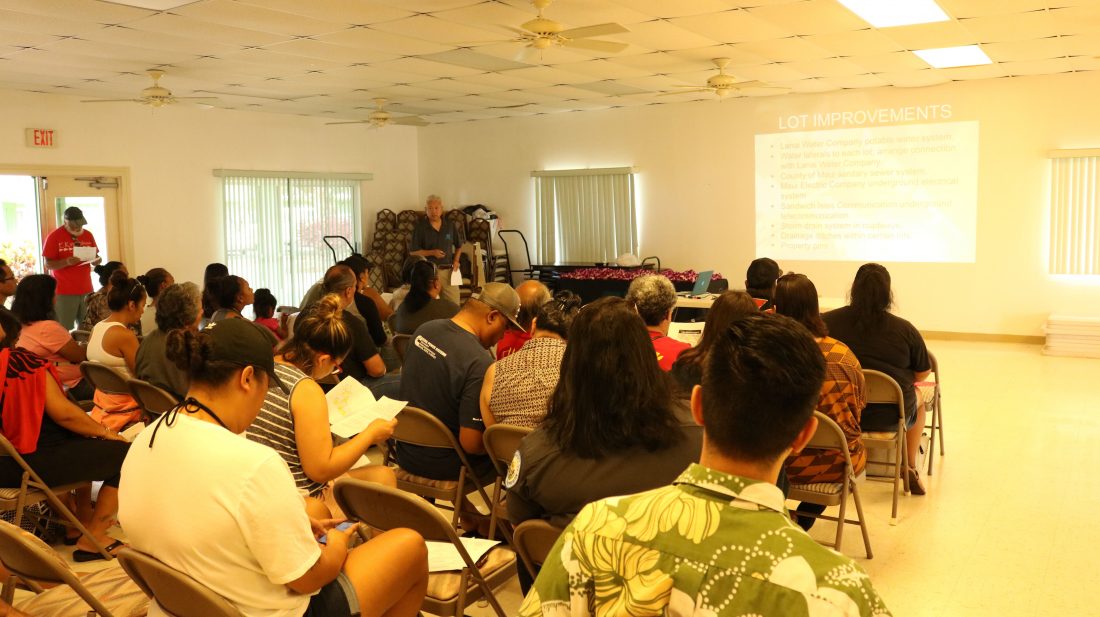 The feeling of watching Native Hawaiian families receive their own plots of land to build homes on Lanai was hard to describe for people attending the presentation Saturday.

“It was visceral,” Department of Hawaiian Home Lands spokesman Cedric Duarte said. “You can definitely see that these families have been waiting patiently for a very long time. They are exhilarated at the opportunity to receive their homestead.”

DHHL awarded 16 vacant lots, each of at least 10,000 square feet, to families during an event at Hale Kupuna O Lanai on Saturday. An initial 29 lots were awarded in 2004.

Lot recipient Solomon Kahoʻohalahala said he is thankful the department brought the Home Lands program to Lanai because, to him, the island is home.

“We never had this idea that we would move away from Lanai, this is home,” said Kahoʻohalahala, whose genealogy goes back generations on the island. 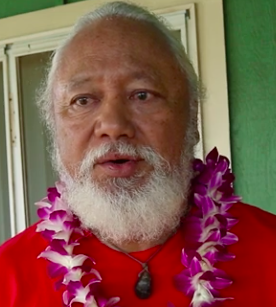 “The vacant lots allow families to choose what’s best for them,” he said. “It fulfills a vision of Prince (Jonah) Kuhio in rehabilitating the beneficiaries of the Hawaiian Homes Commission Act.”

For Kahoʻohalahala, the program ensures land is kept for Native Hawaiians over generations.

“To be given an opportunity to have homelands on an island that is 90 percent owned by a corporation, that it is very important,” Kaho’ohalahala said. “More importantly we are fulfilling a commitment to the kupuna that their children and their grandchildren and their moʻopuna yet unborn will be recipients of this kind of program that was intended for native Hawaiians.”

DHHL has 50 acres of land on Lanai and it will develop approximately 79 additional lots in the future.

The most recent award is among 395 planned statewide this year. DHHL has more than 1,300 lots that are anticipated to be completed over the next five years.

* Kehaulani Cerizo can be reached at kcerizo@mauinews.com