Mahi Pono kicks up some dirt 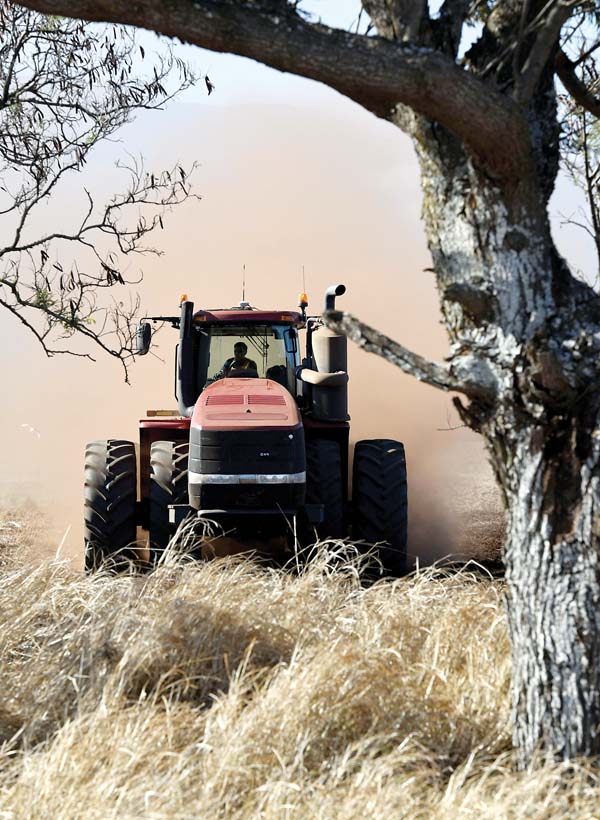 A Mahi Pono tractor operator kicks up a cloud of dust as he tills a former sugar cane field near the base of Haleakala Highway on Saturday morning. The weekend work continues land preparation for Mahi Pono’s first planting, slated for this month. Forage crops to feed cattle will be planted in the area within the next few weeks, the company said Tuesday. Mahi Pono purchased 41,000 acres of former sugar cane lands from Alexander & Baldwin in December. In May, the company announced the first crops to be planted include avocados, bell peppers, potatoes, papaya, guava, lilikoi, white pineapple, oranges, mandarin oranges, lemons, limes, coffee and macadamia nuts, as well as cover crops such as alfalfa. Long-term plans include scaling up citrus fruit, coffee and grass-fed beef.

James Harden of the Rockets drives to the basket against the Thunder’s Paul George during a game in December. Houston is set to play the Los Angeles Clippers, who recently acquired George, in Honolulu in October. AP file photo