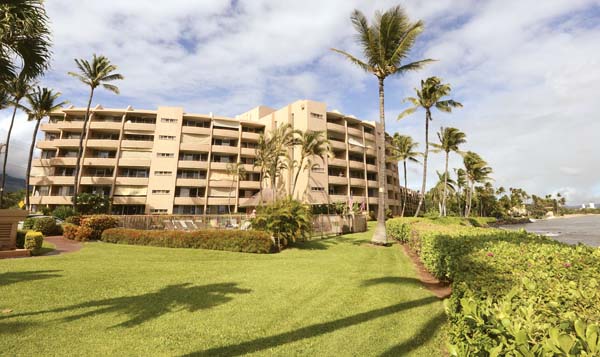 The median sales price for condos in Maui County hit $552,000 last month, reaching a 10-year high for Realtors Association of Maui records, a recent report said. The all-time median high price for condos, such as these pictured in Maalaea last year, is $805,000, logged in January 2009. The Maui News / MATTHEW THAYER photo

The median sale price for Maui County condominiums spiked in June to $552,000, its highest mark in a decade, while the number of homes for sale continued to plummet, dipping to an all-time low since tracking began, according to a new local market statistics report.

Inventory, the number of properties for sale in active status at the end of a given month, broke all-time lows in June, though. With supply low, it could signal a seller’s market.

“We have been closely monitoring the inventory statistics over the past few months, and we are actively working with county officials to develop plans and strategies to increase the inventory on Maui,” David Belew, RAM chief staff executive, said Wednesday. “RAM remains committed to working with the county to make housing affordable for all Maui residents.”

In contrast, the number of single-family homes for sale reached highs in early 2010, when it peaked at 1,059 in April of that year. Condos reached a 10-year high in April 2009 when 1,796 were on the market, RAM archives showed.

The median sales price is the middle number in the series of sale prices, not accounting for seller concessions.

Closed sales, the count of actual sales that closed in a given month, ticked up 2.4 percent to 87 for single-family homes compared to the previous year. Condos, through, dropped 19.2 percent to 122.

Homes were closing faster in June with days on the market until sale, the average number of days in a given month between the property’s listing and closing, dropping 27.3 percent to 117 for single-family homes and 16.8 percent to 129 for condos.

“In terms of relative balance between buyer and seller interests, residential real estate markets across the country are performing well within an economic expansion that will become the longest in U.S. history in July,” the report said. “However, there are signs of a slowing economy.”

The Federal Reserve considers 2 percent a healthy inflation rate, but the U.S. rate is expected to remain below that this year, the report added. The White House is pressuring the Fed to cut rates in order to spur economic activity and the “possibility of a rate reduction in 2019 is definitely in play following a string of increases over the last several years.”