Next generation 5G network may be taking off on Lanai 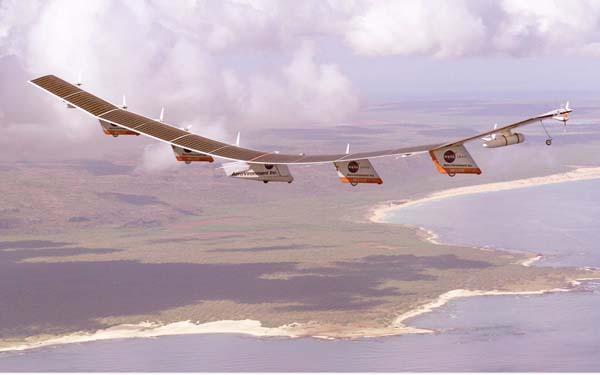 A drone that is about the size of a football field and powered by both electric and solar will be flown over Lanai in a test project designed to provide 5G wireless service. Photo courtesy of George Purdy

Lanai is on a path to serve as a technologically advanced flight operations center for a football field wide drone flying 65,000 to 85,000 feet high for as long as a year while providing 5G advanced wireless airborne services to people on the ground, according to the project leader.

“This project is special because we would not have made it here without the support of the community,” said George Purdy, who is co-owner of Drone Services Hawaii and was instrumental in bringing the Hawk30 program to Lanai.

The University of Hawaii Research Organization has a support agreement with program sponsor HAPSMobile Inc. to perform the test project on Lanai. SoftBank Corp., Loon LLC and AeroVironment also are involved in the project.

Hawk30 is certified by the Federal Aviation Administration Test Range, which oversees the Pan Pacific Unmanned Airspace Test Range complex of which UH is a part, Purdy said.

The program’s goal is to develop and test a high altitude platform drone while providing advanced 5G wireless connections deep in valleys, in remote land areas and over the ocean.

“Testing UAS (unmanned aircraft system) in the stratosphere as envisioned in this program has never been done in the national airspace before,” said Ted Ralston, UAS director with the Applied Research Lab of the University of Hawaii on loan to the Hawaii Space Flight Laboratory. “Hence, every pathway forward for us has something new in it.”

There will be a base camp set up on about 215 acres of old pineapple fields controlled by a subsidiary of Pulama Lanai, billionaire Larry Ellison’s company that owns most of the island. The remote land is off Kaupili Road.

Temporary structures are planned for the site, including a storage tent, three office trailers, a comfort trailer, a power pole and internet access. No plumbing is planned, a filing with Lanai Planning Commission said. There will be 30 to 40 flight team members working at the site.

The tent structure was put up June 27, Purdy said. The site work was valued at $350,000, according to filings with the county.

The Lanai Planning Commission will host a workshop on the project at 5 p.m. Wednesday at the Lanai Senior Center. It is open to the public.

There will be a decision-making meeting at a later date on the project to determine whether Hawk30 is a permitted use on the agricultural land. The application made clear that a “primary component” of the project will be analysis of watershed conservation and agricultural development.

If all goes according to plan, sponsors, partners, operators and the launch team anticipate a takeoff date at the end of September, Purdy said Wednesday. Only one launch is anticipated on the island because the stratospheric aircraft can be airborne for months at a time.

Lanai’s landscape, specifically on old pineapple land, is perfect for landing and takeoff of the drone, he said. Project officials plan to “maintain a green lawn”; no concrete will be required for a runway since the drone is lightly loaded.

“The beauty of these stratospheric aircraft or UAS is they make no noise, burn no fuel, do not disrupt the environment, but provide superb service to mankind through 5G revolution,” Ralston said Wednesday.

The football field-sized drone flies independently at about 22 mph and is powered by electrical and solar, according to Purdy. It can fly at an altitude of between 65,000 and 80,000 feet for up to a year.

“It is a great program for Hawaii because it will put the state on the global map for promoting innovative technology,” said Chung Chang, Office of Aerospace Development coordinator for the Department of Business, Economic Development and Tourism. “And should this venture decide to make Lanai its permanent home, it will bring into the state project scientists and engineers, which will provide workforce development opportunities for local students.

“This will help diversify our economy with innovative, green technology and creation of high tech jobs.”

This is exactly what Purdy had in mind when helping bring the project to Lanai. Ralston, who said the project would not have happened without Purdy, said the field will be open to the community for events “but particularly for small UAS training and testing, as part of the educational and vocational training for the island workforce.”

Purdy, a veteran, firefighter and educator, said that the drone or unmanned air system will be a big step in improving emergency and safety operations during natural disasters and for science, technology, engineering and math education.

“It all started in a 2014 plane crash on Lanai,” said Purdy, a Maui High graduate. “This lit the fire for me to start my drone company.

“There was no money to start, I had to try to find funding,” Purdy continued. “Well, five years later here we are, my travels at these conferences has paid off. I only wanted to start small, but I attracted the largest UAS on the planet to Lanai.

“This now completes my educational pathway from schools to a career right here in Hawaii. . . . This community has helped me raise my kids. This is the least I could do for their kids and kids still to come.”

A drone that is about the size of a football field and powered by both electric and solar will be flown over Lanai in a test project designed to provide 5G wireless service. Photo courtesy of George Purdy

Ericlee Correa, who is a victim of a drunken driving crash, testifies before the Maui County Liquor Commission on Wednesday. He wanted to explain to commissioners the health and safety implications of adopting definitions for items, such as “standard drink” sizes. The Maui News / MELISSA TANJI photo

Mark Redeker, chairman of a live and silent auction for the Maui Friends of the NRA, asked the Maui County Liquor Commission if inoperable firearms, instead of just photos, could be brought to an NRA fundraising event as proposed by the liquor licensee. The Maui News / MELISSA TANJI photo

A Ram pickup failed to negotiate a curve and went over cliff, falling 200 feet into Manawainui Gulch on Wednesday morning. The driver died at the scene. Maui Police Department photo

Groundbreaking for a new Kula Park playground is set for 9:30 a.m. Jan. 29, which will close part of the park until ...

A meeting on the Wailuku town improvement project is set for 5 to 6 p.m. Jan. 29 at Iao Theater. The county ...

Lahaina Aquatic Center will be closed today for continued repairs to a 10-inch pipe leading to the filtration ...

The Maui News A Kahului woman was arrested Tuesday after she was found in the driver’s seat of someone else’s ...

WAILUKU — A Kahului man, who was arrested with nearly a pound of methamphetamine, was sentenced Tuesday to a ...