1.41 tons of rubbish removed from roadways 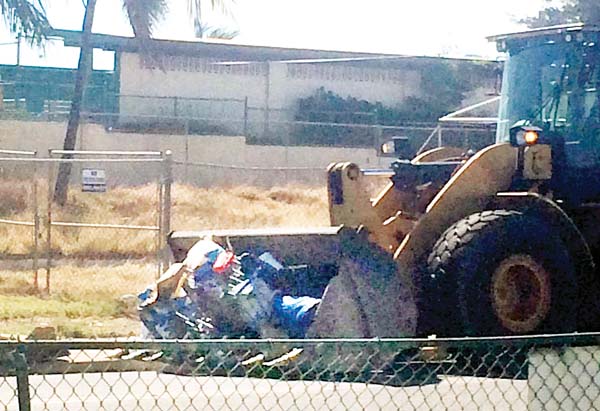 A Maui County loader removes debris from Kaulawahine Street near Kamehameha Avenue in Kahului on Monday morning. The county Department of Public Works assisted community policing officers in a cleanup operation that resulted in the removal of 1.41 tons of trash along roads in Kahului, said Maui police spokesman Sgt. John Sang. He said the operation was carried out “as a result of numerous complaints from the public and nearby residents.” Cleanup also was done in other Kahului areas, including Pakele Street and Airport Access Road. All of the trash was taken to the Central Maui Landfill, Sang said.