Casanova in Makawao to be sold to Flatbread owner, manager 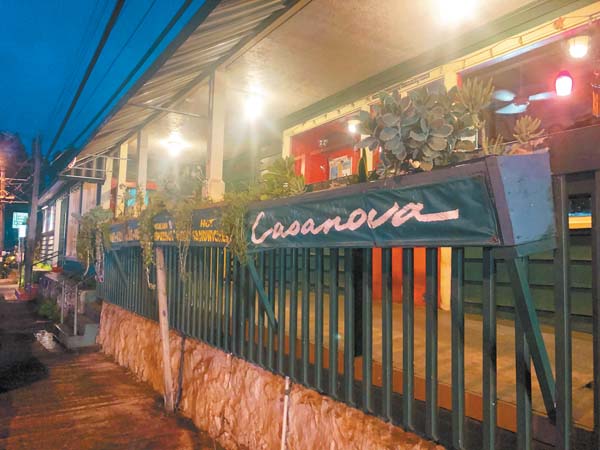 An anchor of historic Makawao town and one of the most well-known Italian eateries on Maui, Casanova Italian Restaurant and Deli is in the process of changing hands. Giovanni Steven Cappelli, who helped found the deli 33 years ago, said he is excited about new owners Josh Stone and Erik “Hutch” Hutchinson, who have run Flatbread Co. in Paia. The Maui News / KEHAULANI CERIZO photo

MAKAWAO — Owner Giovanni Steven Cappelli said Tuesday that he’s in the final stages of selling Casanova Italian Restaurant and Deli in Makawao after more than 30 years and that love is one of its greatest legacies.

“The legacy is how many love affairs started at Casanova,” he said, laughing. “We are responsible for a lot of millennials because their parents met at Casanova. As the name says, it is a place where love starts.”

“The good food and wine helps, too,” Cappelli added.

The sale of Casanova, one of the most recognized Italian eateries on Maui since its establishment in 1986, will be finalized soon. Cappelli, who owns sister location Bistro Casanova in Kahului as well, talked about downsizing at age 73 to one local restaurant, as a retirement of sorts, and his excitement over the new owners of his restaurant in Makawao.

The former and new owners chose not to disclose the selling price. Liquor license transfer is pending, and the sale is set to be finalized on Oct. 8, Cappelli said. 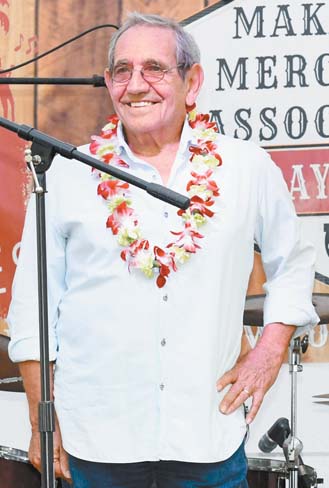 “(Bistro Casanova) is still mine,” he said. “It is easy enough to keep it as a semiretirement. I’m not seeing myself taking care of orchids. It’s an opportunity for me to put a lot of energy into that.”

Josh Stone, landlord of the historic corner building that’s been a longtime anchor for the Makawao town community, has purchased Casanova, along with Erik “Hutch” Hutchinson, who served for two decades, most recently as general manager, at successful Flatbread Co. in Paia. Stone is an owner of Flatbread Co.

“They’re very much committed to the building and to Makawao’s community,” Cappelli said. “I’m very happy to be able to pass it down for my employees and regular customers since they are committed to the same quality and improving on what was started.”

Cappelli said the Makawao deli and restaurant has roughly 25 employees. Stone and Hutchinson said staff will be retained.

“We love the staff; we love the guys in the kitchen,” Stone said. “Some of them have been there as long as the restaurant has been open.” 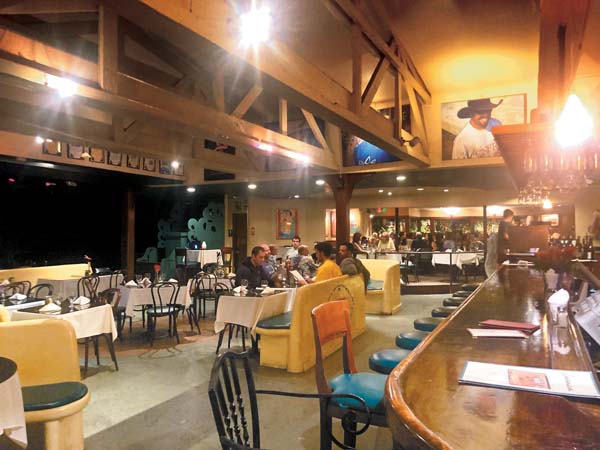 Giovanni Steven Cappelli, owner of Casanova Italian Restaurant and Deli in Makawao, said many love affairs have started at these tables. “The good food and wine helps, too,” he added. The Maui News / KEHAULANI CERIZO photo

Cappelli said a staff meeting recently was held to explain the transition.

“(The owners) want to keep it as it is, with improvement,” he said. “The concept, the menu, the food, the employees, and even the dancing at night is staying.”

The new owners said no major menu changes will happen in the immediate future. Stone said the only thing that’s coming soon is a bathroom remodel for aesthetic purposes.

“We want everyone to know we’re honoring what Casanova is; we’re not planning on any major upheaval to the menu,” Stone said. “They have a loyal customer base. We will start to modernize the menu a bit over time.”

Hutchinson added that Casanova is already a successful restaurant, so there is no need for drastic alterations.

“It’s a profitable, fully functioning restaurant,” he said. “Any changes will be low and slow.”

Stone said he will be more of a silent partner and hailed Hutchinson for his “youth and energy.”

Hutchinson said he is excited about the new venture.

“There’s so much potential up there,” he said. “Steven’s been there for 33 years. We hope to continue on a similar path. . . . We are stoked to preserve the history.”

With three other Italians, Cappelli started Casanova in 1986 as a deli serving cappuccinos, lattes, fresh croissants, pastas, panini and homemade mozzarella cheese. The eatery was housed in a historic building, one of the area’s oldest that once served everyone from military to paniolo, at the corner of Makawao Avenue and Olinda Road. In 1989, it expanded into the restaurant and deli that is known today.

The restaurant, with popular pasta and pizza dishes, has garnered multiple visitor and resident awards. Cappelli said some of the dishes served today were on the original menu.

Cappelli, whose wife, Panna Speas Cappelli, owns Maui Hands gallery, also in Makawao, said the couple will be traveling to Italy soon but have no plans to leave their Maui home.

“This is not an obituary,” he said. “I’m still very alive and committed to offering the same level of quality in food and service that we did for Casanova for 33 years.”

Cappelli said Bistro Casanova will celebrate its 10-year anniversary on Sept. 9 with a dinner benefit event for Hospice Maui, which is open to the public. Tickets, which are available by visiting the company’s Facebook page, are $75 per person; $50 of the ticket will be donated to the nonprofit.