Feds are taking over prosecution of police officer

Brandon Saffeels had been disciplined in previous case 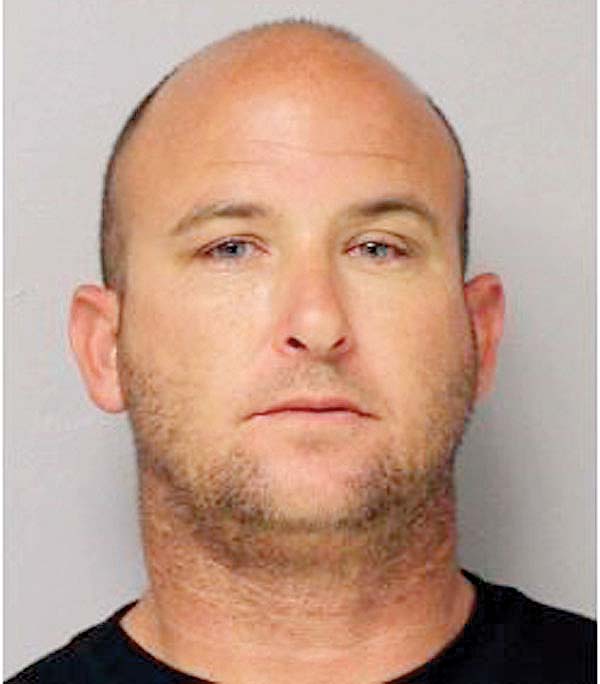 WAILUKU — Police said a Maui Police Department officer is facing federal prosecution after being arrested for allegedly sending text messages and making a phone call offering to help get a case thrown out for a woman he arrested for DUI last month.

Brandon Saffeels, 35, of Wailuku was arrested Monday evening when he returned from vacation and stepped off a flight at Kahului Airport. He was charged with attempted perjury, attempted first-degree hindering prosecution and witness tampering.

Police said Saffeels was placed on leave without pay with his police authority restricted. He was released from custody Tuesday after posting $50,000 bail.

Police Chief Tivoli Faaumu said the federal government can decide independently to get involved in a case as long as there’s a violation that meets their statutes.

“In this case, they reviewed the case based on what was put out in the media and what they had working with our detectives,” Faaumu said. “They decided this case meets their threshold.”

According to a Hawaii News Now story that aired Aug. 20, a woman said the officer sent her text messages and called her after arresting her for DUI in the early-morning hours of July 25. The officer invited her to his house and offered to testify in a way that would help her if her case went to trial, according to the report.

Faaumu said he wanted to “thank the media for bringing it to our attention.”

“Without that, we won’t know anything of what had happened out on the street,” he said.

Police Commissioner Lawrence Feinberg said that “as far as we’re concerned, you’re doing a great job.” But, as a representative of the general public, Feinberg said he had questions about Saffeels’ case.

“How deep does it go?” Feinberg said. “Is it only him? Or has he corrupted people in his immediate vicinity in the department?

“He’s been an officer for four years already. His actions have been going on for a while. It’s not like all of a sudden . . . it’s not something brand new for you to bring such charges against him finally.”

“Is he a lone wolf or are there other people that have been covering for him?” Feinberg asked.

Disputing the suggestion that police had known about what was happening for years, Holokai said police learned about the allegations Aug. 20, the same day the news story aired, and had a plan to arrest Saffeels the next day.

“On the following Monday, he’s in handcuffs,” Holokai said. “So we took speedy action.”

He said detectives had reached out to patrol districts.

“We talked to multiple officers and we still are,” Holokai said. “The very first thing we’re going to grab is the phone. Anybody we find in his phone, we’ll investigate them. So far, we have nothing to support anybody else involved or corrupted by that officer.”

“We want to make sure we get that trust back in the community,” he said. “Yes, the action of one individual does not reflect the 396 officers and 144 employees that work with us.

“Sometimes repulsive acts like this really destroy everything we work so hard to get to that point. But it is what it is.”

In a video posted on the MPD Facebook page last week, police asked anyone who may have had similar experiences with officer Saffeels to contact Detective Matthew Bigoss by email at Matthew.Bigoss@mpd.net.

On Wednesday, Faaumu said he hadn’t heard of any responses to that video.

Another Hawaii News Now report, aired the day after the first story, said another woman reported receiving inappropriate text messages from Saffeels in July 2018 after the officer responded to an assault call at her home. The woman said she made a report to the police Internal Affairs Division but didn’t know if anything was done.

“It was investigated, and we took appropriate discipline,” Faaumu said Wednesday.

He said he couldn’t disclose what the discipline was.

A source with knowledge of the investigation said Saffeels was suspended for five days. The source said another woman who was involved in the same case also reported receiving text messages from Saffeels but she ended up not pursuing a complaint with police.

Before he was placed on leave, Saffeels was assigned to the Wailuku Patrol Division.

Habitual DUI and other charges were dismissed without prejudice against the 29-year-old woman he arrested after the suspected DUI crash July 25, according to court records.