The Maui Fire Department reported the brush fire that swept through about 5,300 acres of fallow former sugar cane fields below Pukalani since its start Thursday was 100 percent contained as of 3 p.m. Saturday.

Two MFD engine companies, along with several tankers, worked Saturday on several “stubborn” hot spots in gulches along Pulehu Road. Crews are expected to continue to extinguish these areas around the perimeter over the next several days, said Chris Stankis, MFD acting information officer.

Farm equipment was the reason behind the “accidental” fire that started on Mahi Pono land just before 2 p.m. Thursday, officials said. It quickly spread due to high winds from Tropical Storm Erick and temporarily shut down a portion of Pulehu Road that day.

No evacuations were ordered and no homes were in danger during the duration of the fire, MFD said.

Maui Electric Co. reported Friday that it sustained about $1 million in damages due to dozens of fire-impacted power poles and lines in the area. 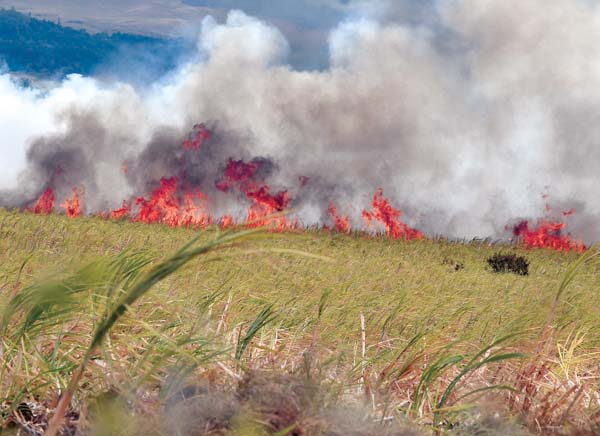 A brush fire started near Haleakala Highway below Pukalani on Thursday afternoon, jumped Pulehu Road and was headed south toward Puunene later Thursday.

“A majority of the damaged poles are located in a remote gulch, which required crews to hike in to start repairs today and equipment and materials to be flown in to the area by helicopter,” said MECO spokeswoman Shayna Decker said.

Electrical service to customers was not impacted by the fire, she added.

Maui Pono irrigation equipment was damaged but an estimate was not immediately available, according to Shan Tsutsui, Mahi Pono senior vice president.

In July, a 9,000-acre wildfire burned through fallow fields from Waikapu to South Maui and a 200-acre wildfire consumed former sugar cane land in Puunene. No injuries or major damage was reported in the fires. Arson is being investigated in both cases, and an arrest was made in connection with the larger blaze. 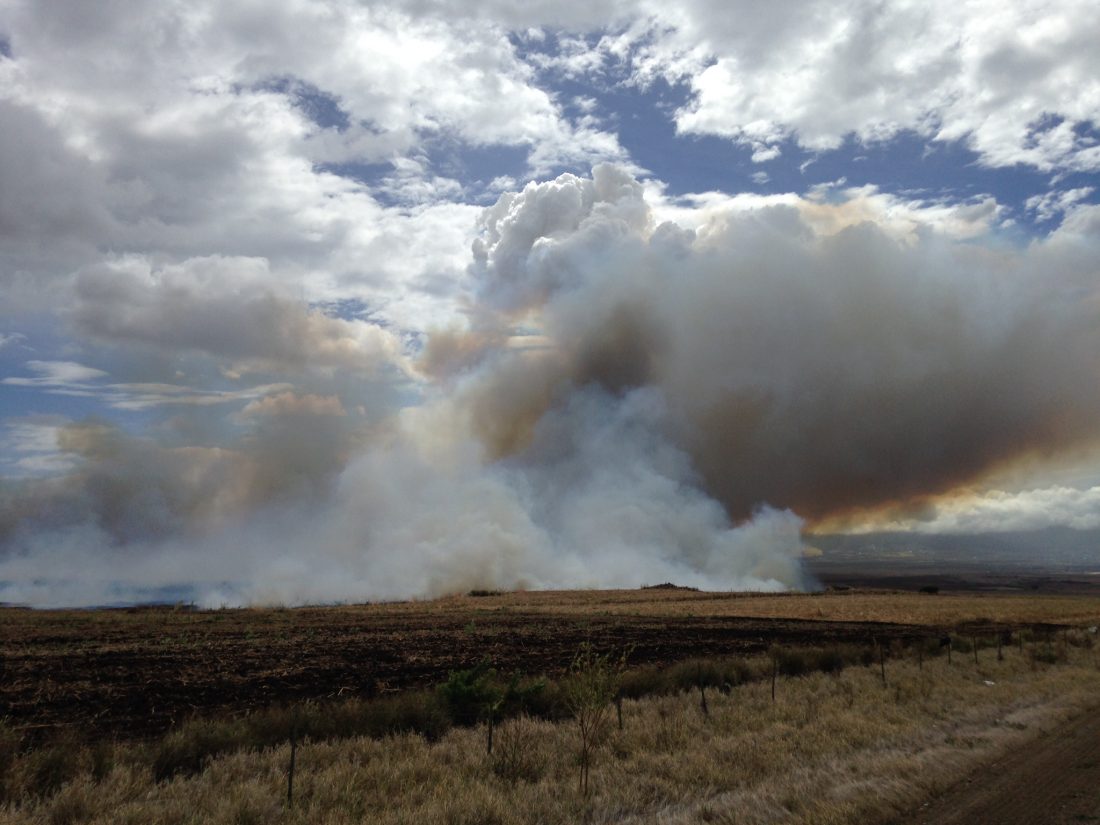 Smoke billows up from a brush fire along Haleakala Highway below Pukalani. The Maui News / MATTHEW THAYER photo 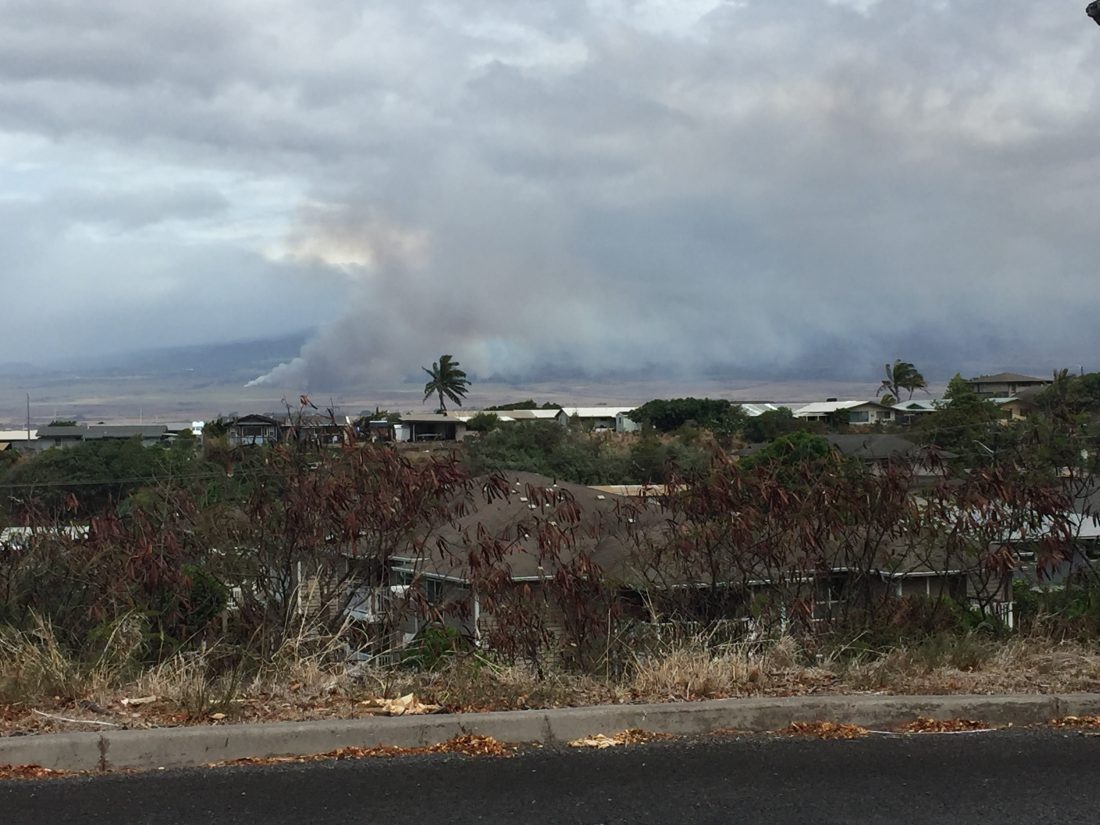 Smoke rises from a brush fire that fire crews are responding to along Haleakala Highway below Pukalani. The Maui News / COLLEEN UECHI photo 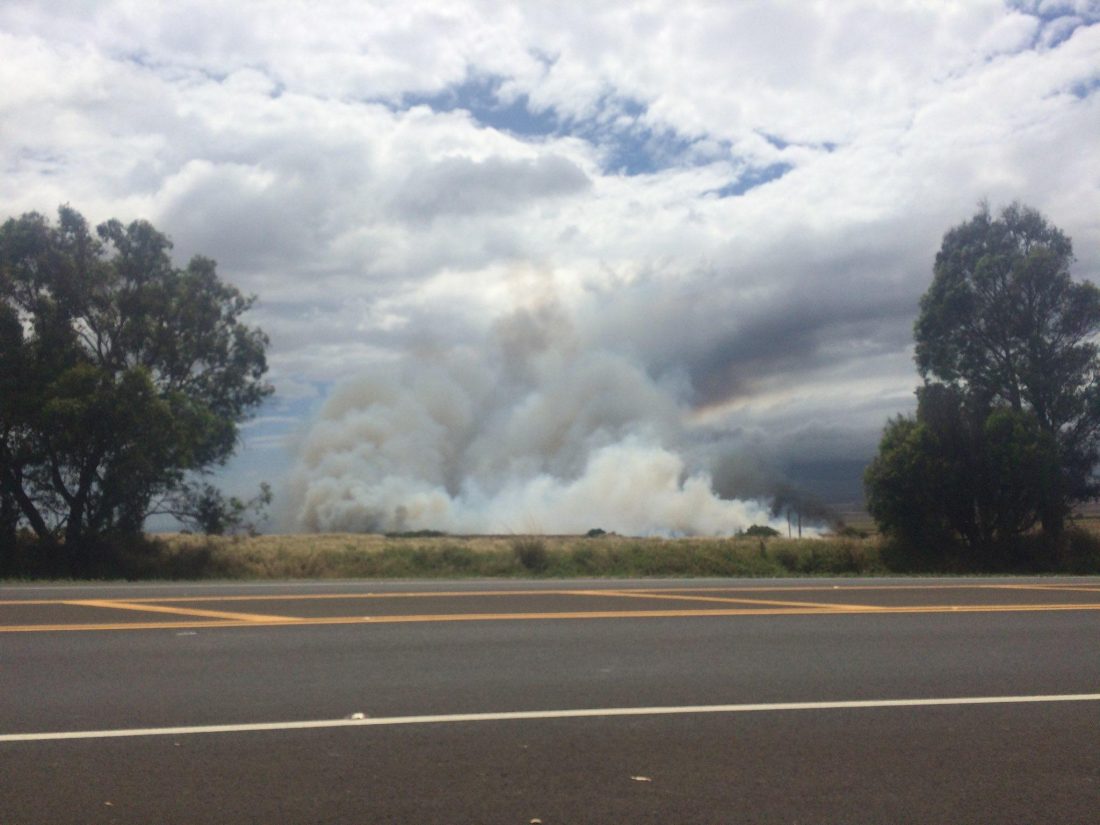 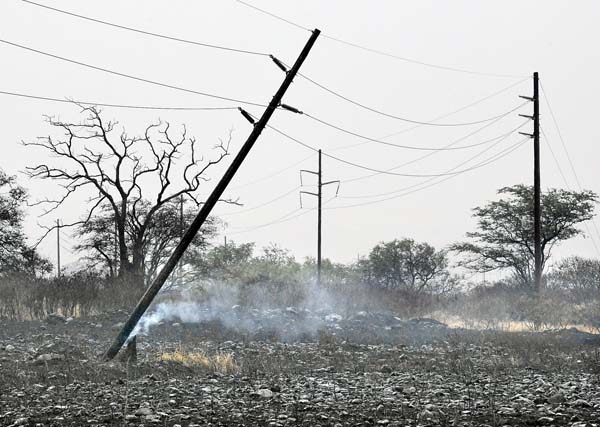 With its base still smoking, a burned power pole leans Friday in Omaopio. Maui Electric Co. said 36 poles were burned in the wildfire that began Thursday afternoon. -- The Maui News / MATTHEW THAYER photo 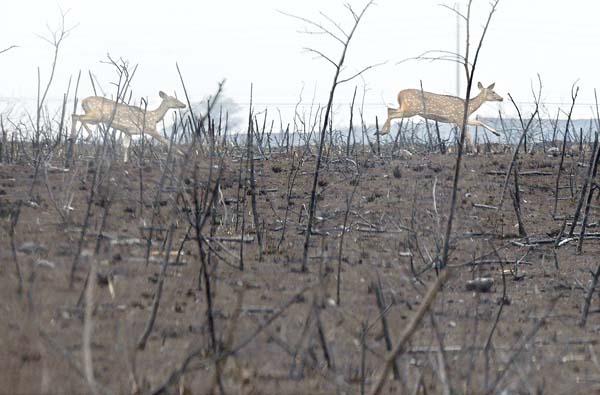 A pair of axis deer run through a charred, still-smoldering field near Pulehu Road on Friday morning. -- The Maui News / MATTHEW THAYER photo 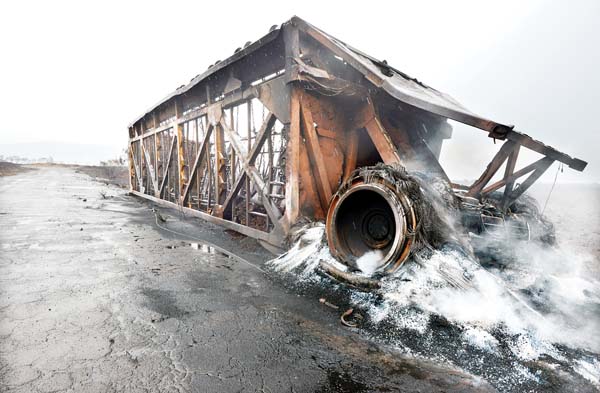 With its once-massive tires still burning, a fire-scorched Tournahauler trailer rests along a former sugar cane road Friday morning. The old sugar cane hauler had become inoperable and was abandoned in the fields. -- The Maui News / MATTHEW THAYER photo