Report on MCCC not done yet; no camera recording 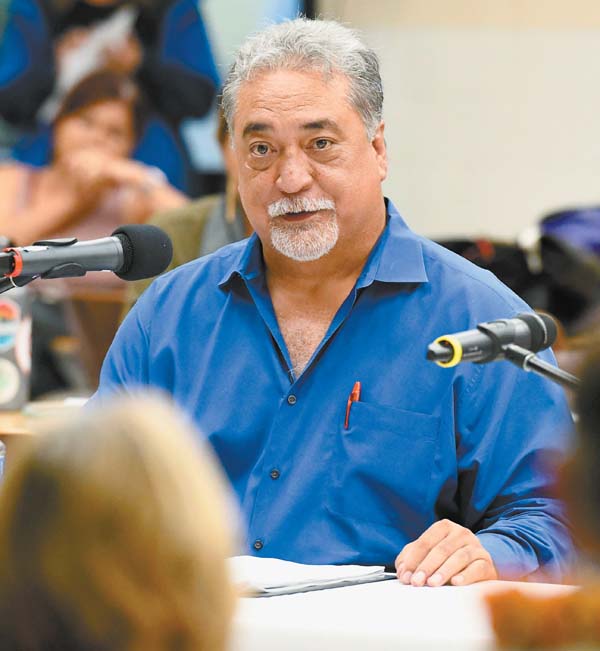 KAHULUI — Overcrowding at Maui Community Correctional Center combined with irritants and disruptions to inmates’ daily life, such as broken telephones, reduced orders for store-bought items and “no contact visits” with family members, ignited the March 11 riot at the jail, the director of the state Department of Public Safety told state senators Tuesday evening.

Nolan Espinda said a final report on the riot is not yet done but will be completed in the “very, very, near future.” It will rely on interviews from inmates and staff because there were no cameras at the jail and no recordings of the riot, Espinda told members of the Senate Ways and Means and Public Safety committees, who held a joint informational meeting at UH-Maui College.

In the riot, inmates broke fire sprinklers, started a fire in the common areas, broke cell doors, windows and fixtures and caused millions of dollars in damage at MCCC. Both inmates and corrections officers said they feared for their lives during the incident.

Sen. Glenn Wakai criticized the department for not having cameras installed and found the situation “just astonishing.”

“To have inner areas of a prison to have no cameras in this day and age is just ridiculous,” Wakai said as about 50 people sat and listened in on the hearing. The committees did not take public testimony. 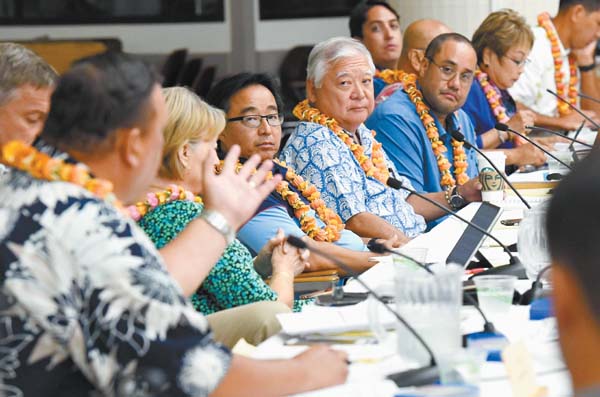 Senators listen as Sen. Kurt Fevella asks state Public Safety Director Nolan Espinda how Maui Community Correctional Center has been allowed to get to such a low point.

Espinda said a project to install cameras was scheduled to begin around the time of the riot. Referencing a tour the facility earlier in the day, Wakai said: “Shouldn’t that have been done decades ago?”

Espinda concurred with Wakai’s point but noted that he initiated the camera installation project in the second year on the job. He could only do what he could since becoming director, Espinda replied.

There have been media reports of a missing memory card with possible recordings from the riot. In response to a question by Sen. Kai Kahele, Espinda said that the memory card from the handheld portable video camera could not be located. He said the camera was supposed to capture movements by corrections officers who were entering the modules during the riot, but it is unclear if the card was in the camera to begin with.

“It was the conditions of overcrowding that was the primary cause of this riot,” said Espinda, noting that Module B, where the riot began, held four inmates in cells designed for two people.

With the overcrowding, there was a reduction in recreational time, longer waits to get health care and backlogs to use the phones and laundry facilities.

In fact, broken phones may have been a catalyst for the riot. Espinda said that three days prior to the riot three of six phones were broken. A day before the riot, all of the phones were not working.

If phones had been fixed, “we may not have faced the situation we did,” Espinda said.

Since the riot, the department has made changes in an effort to eliminate the chances of another riot, he said. These measures include sealing off supply rooms, where inmates gathered toiletries and other items to set aflame during the riot; increasing recreational time; setting up a contract with a pest control company to rid ants from jail cells; and adding weekly visitation times for inmates and family.

The department announced Tuesday that because staff shortages had canceled some weekend visits at MCCC, weekday visits were being added. The new, temporary visiting hours are 8 a.m. to 1 p.m. and 6 to 8 p.m. Tuesdays, Wednesdays and Thursdays.

Visits are allowed once a week for one hour with no more than two visitors per visit. The new schedule took effect Tuesday.

During the two-hour informational meeting, Espinda and senators discussed the shortage of adult corrections officers at the Hawaii facilities, including at the Maui jail.

MCCC has a 22 percent vacancy for adult corrections officer — the highest percentage of all facilities in the state, according to statistics from the department. Because of vacancies and other reasons, such as sick leave and workers’ compensation, overtime at MCCC for fiscal 2019, which ran from July 1, 2018, to June 30, 2019, was $1.95 million for its corrections officers alone.

Espinda said the department is out at job fairs and has examined its tests to make it more compatible for those wanting to enter the public safety industry and been running advertisements. But it has been a challenge to recruit.

West and South Maui Sen. Roz Baker was concerned about corrections officers leaving their jobs at MCCC and asked if the department performed post-retirement interviews. She also questioned Espinda about training for the guards.

Espinda said there are corrections officers who retire and leave for other jobs, and there are those who leave because of the stress generated from overcrowded conditions at the jail.

Espinda said his door is always open and that he comes from the adult correction officer ranks. He looked forward to people coming forward and expressing concerns to him, as they were to Baker.

Baker hoped that Espinda would be proactive and take concerns raised to meetings with adult correctional officers and to listen to them.

“That’s what I wanted you to say. I did not hear that,” Baker said to applause from the audience.

Isaac Imamura of Central East Maui follows through on a pitch Monday.

Maui High School quarterback Brex Delray hands off to running back Keoki Kong during a practice Monday at the Sabers’ field in Kahului. The Maui News / ROBERT COLLIAS photos

Kula resident Dick Mayer, a longtime Maui college professor, serves as a council committee resource during a discussion on the impacts of tourism on Maui County on Tuesday.

Senators listen as Sen. Kurt Fevella asks state Public Safety Director Nolan Espinda how Maui Community Correctional Center has been allowed to get to such a low point.

This rendering shows Wailuku Civic Center from Church Street. Work on the project is expected to begin next month, focusing on surrounding streets and infrastructure. FERRARO CHOI illustration