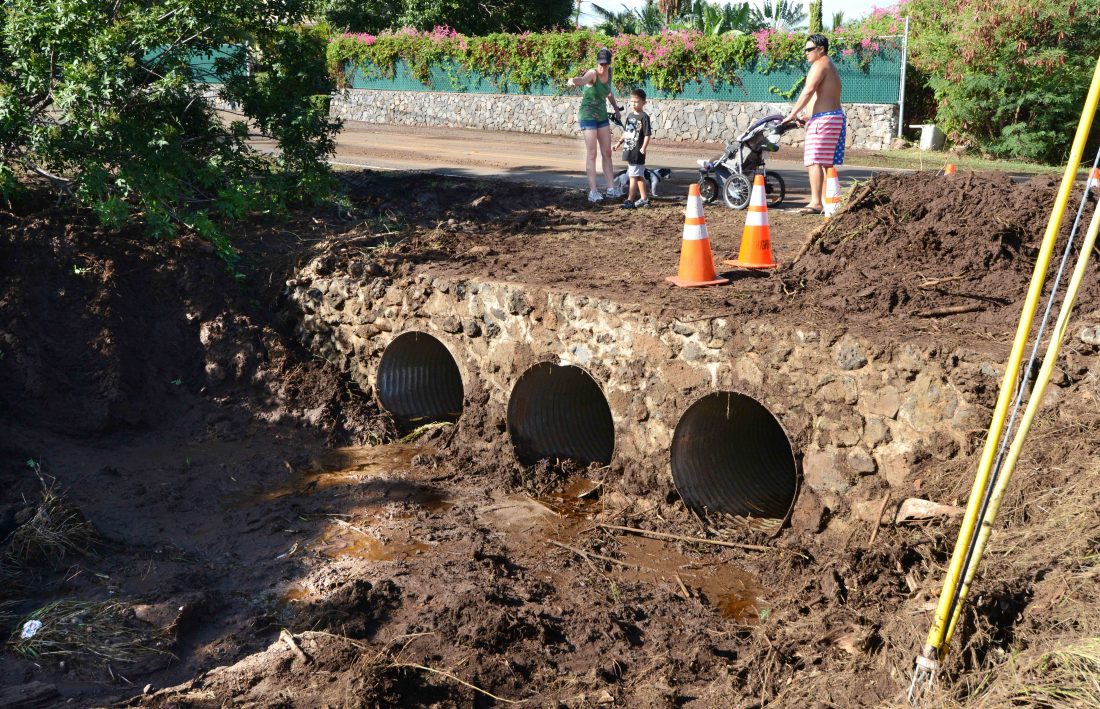 WAILEA — Families in a Maui Meadows neighborhood were dealing Saturday with the aftermath of a localized storm that dumped 1 to 2 inches of rain per hour over the area a day before, leaving homes flooded and debris in yards and on streets.

Keona and Cheryl Dang joined sons Nakoa, 6, and Kainoa, 2, in inspecting a gulch where a flash flood swept through their Maui Meadows neighborhood Friday.

Cheryl Dang said she was driving home with the boys on Mapu Street when a river of stormwater, littered with floating trash cans and other debris, forced her to turn around.

The culverts beneath them became clogged, forcing the waters to crest over the road and cause flooding to nearby properties, she said. 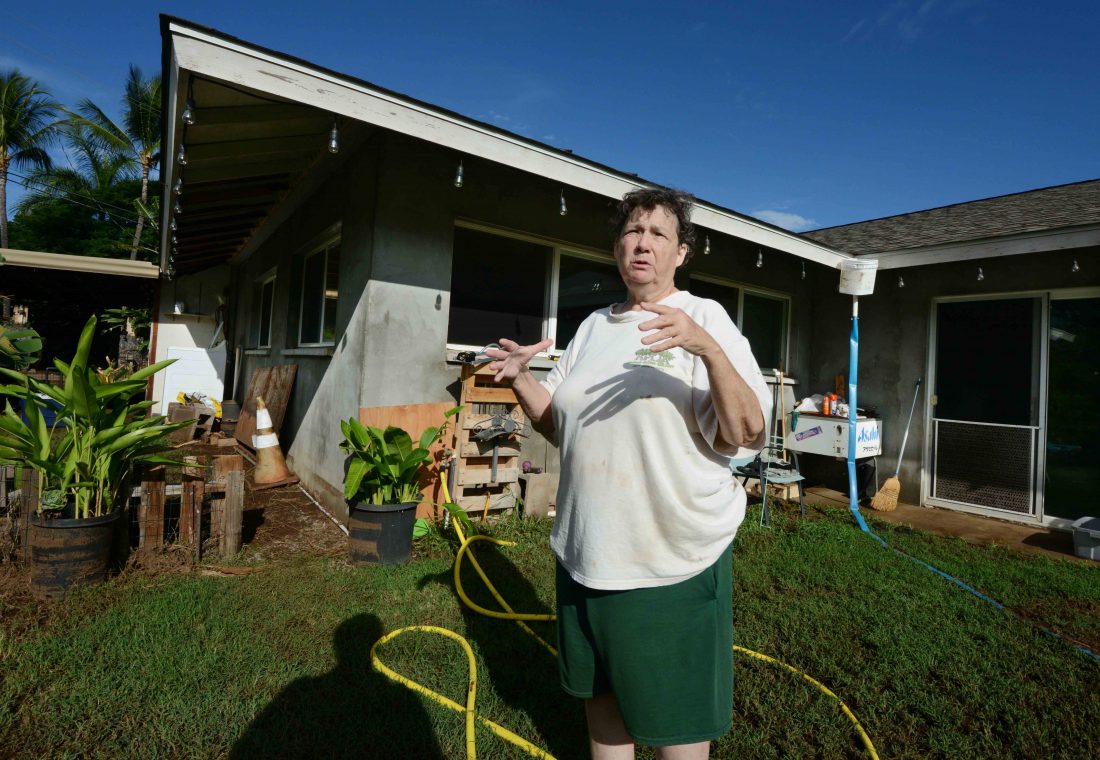 Nahooikaika said she was coming home from work in Kaanapali when she got a call about the storm.

Nahooikaika said it wasn’t the first time the house has been flooded so she knew insurance will not cover the damage. Adding to the problem, with each event the neighboring gulch gets more filled in with sediment and debris.

“This is not our first rodeo,” she said. “The funny thing is, we’re not even in a flood zone.” 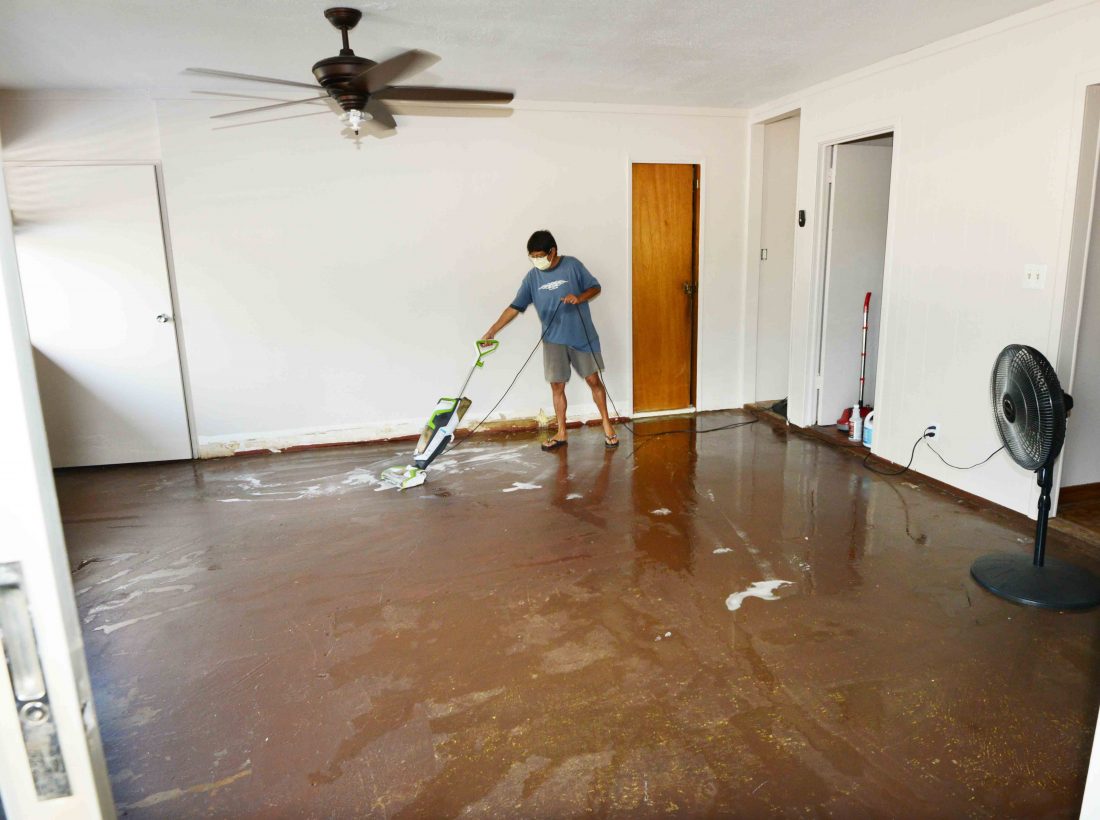 Among the debris littering the roadway were sections of cut logs. The debris clogged a set of culverts under Mapu Street, which caused the floodwaters to crest the gulch and road, area residents said.

The National Weather Service had issued a flood advisory for Ulupalakua, Kula, Keokea, Wailea and Makena on Friday afternoon through 5:30 p.m. Radar at 2:33 p.m. showed nearly stationary heavy rain over Wailea areas, falling at a rate of 1 to 2 inches per hour.

For the six-hour period ending at 7:45 p.m. Friday, the normally dry Kihei logged 1.35 inches, the most of any reporting station on island.

Meanwhile, a record-high temperature of 93 degrees was set in Kahului on Saturday, breaking the old record of 92 degrees set in 2016, according to NWS. 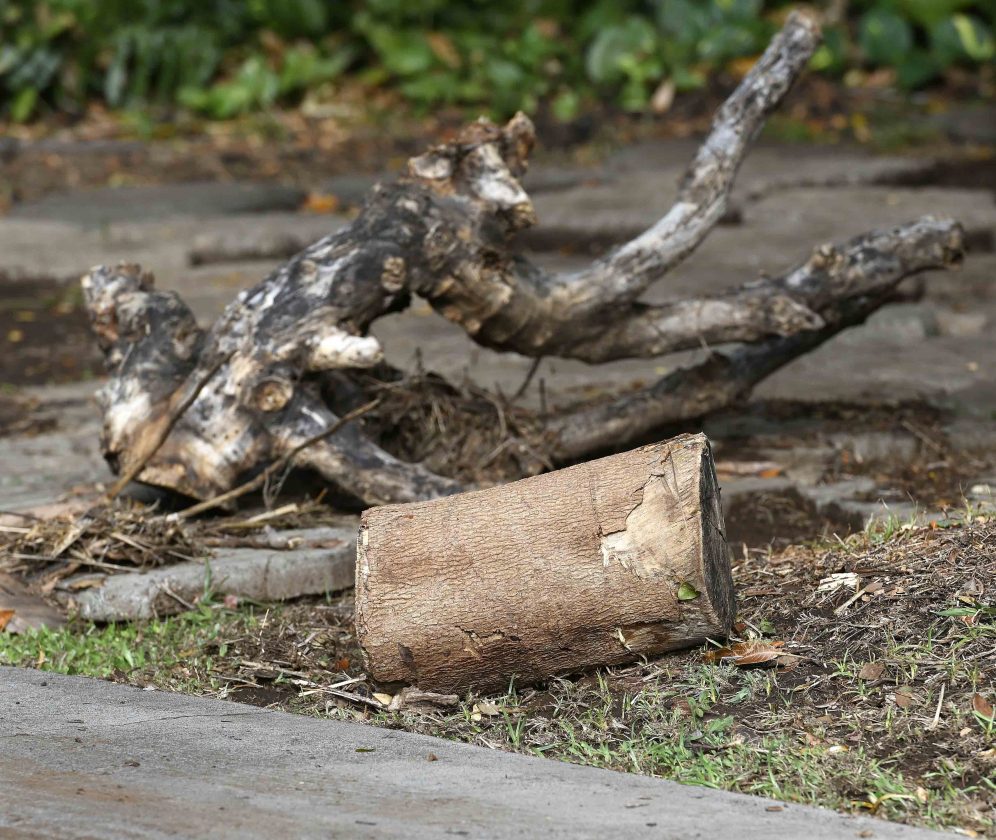