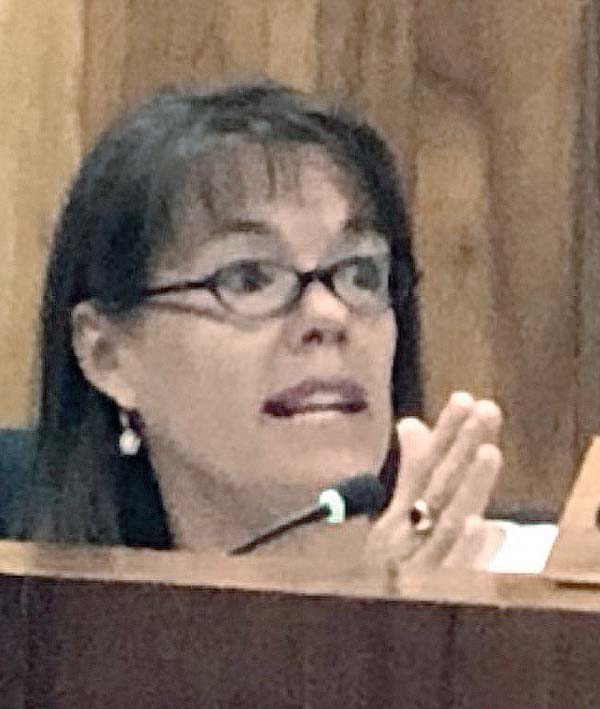 WAILUKU — A proposed bill to beef up fines levied against illegal transient accommodations got the green light Wednesday from a County Council committee.

Meanwhile, the county’s crackdown using a third-party vendor on unpermitted rentals has identified fewer operations than expected, planning officials said during the meeting.

The council’s Planning and Sustainable Land Use Committee voted unanimously to recommend approval of a bill that would hike the initial civil fine to $20,000 and the daily civil fine to $10,000 for unpermitted bed-and-breakfasts, short-term rental homes or transient vacation rentals. Currently, the initial fine is $1,000 and the daily fine is $1,000.

The proposal, with revisions that bolster language from “may” to “shall,” now heads to the full council for approval.

Mayor Michael Victorino said last week that he presented the measure to the council following a charter amendment approved by voters in November to increase fines for illegal vacation rentals.

Charged with enforcement, the Department of Planning said that since hiring a vendor tasked with finding illegal rentals, the county has seen fewer unpermitted operations than initially thought.

Lodging Rev, a Colorado-based company, was hired May 2018 to assist county inspectors with web-based research in identifying illegal transient

The department issued a request for proposal in early 2018 that drew five applicants, including Lodging Rev. The contract was $60,000 for the first year through May. Then the county received an extension to end of this calendar year for $22,500, McLean said. The contract ends Dec. 31, and the county likely will be able to renew at the same rate, she added.

“The hard part is to identify and find these properties,” said Danny Dias, acting chief for the department’s Zoning Administration and Enforcement Division. “They know what they’re doing. They’re very tricky. For our inspectors to dig deep, it’s fairly difficult to do.”

As of Wednesday morning, there were 26,925 advertisements for transient accommodations in Maui County, Dias said, adding that one property typically averages about three advertisements on various platforms. Of those, 25,559 advertisements represent properties that can operate legally because of their zoning, such as hotel zoning, and when they were built.

Of the 1,366 advertisements remaining, 599 are unique properties that are placing multiple ads. The vendor then determined that 204 of the properties are unpermitted and 395 are legal and permitted.

Dias added that the “biggest offenders” are short-term rentals.

“It’s a lot lower than I expected it to be,” Dias said. “There was a much higher proliferation prior to us bringing Lodging Rev on board.”

During the meeting, panel member and council Chairwoman Kelly King said that county officials years ago estimated illegal vacation rentals were in the thousands.

“I appreciate where we are today versus where we were at two years ago,” she said.

McLean said the Lodging Rev numbers represent the closest the department’s gotten to having an accurate number of illegal rentals, although some are operating without advertising, making them harder to identify.

“Many have stopped (recently) because of knowing enforcement is coming,” she said. “If you get a notice of violation, you are banned from applying for a permit and also receive the charter fines.”

Since working with Lodging Rev, McLean said about 300 to 400 notices of warning have been issued and 70 notices of violation have gone out.

Once the department believes it has found an illegal operation, it issues a notice of warning. The operation then has a short amount of time to cease activity, McLean said.

If the property gets flagged again, the department follows up with a notice of violation. That’s when the fine accrues per violation and per day.

As the fines accumulate, 30 days are given for the opportunity to appeal, McLean said. On the 31st day, the violation is sent to corporation counsel and it issues a demand letter. If there is no response, officials can take the next step to file action in court.

The proposed bill would bring the County Code in line with the County Charter. It also would allow department directors who are unable to serve a person with a notice of violation by mail or personal delivery, to either post the notice on the property where the violation is occurring or at the last known address of the violator, or publish a notice at least once a week for two consecutive weeks in a newspaper of general circulation in Maui County.

“People get a certified notice in their mail when either they don’t bother to pick it up or they choose not to receive service, thinking it’s something they’d rather not receive,” McLean said. “So giving us other options will be really helpful.

“We are anxious for this to pass so we can start levying these higher fines for these operations,” she added.