Mourning mother cautions about the dangers of inhalants

Death of son, 16, leaves her with so many questions 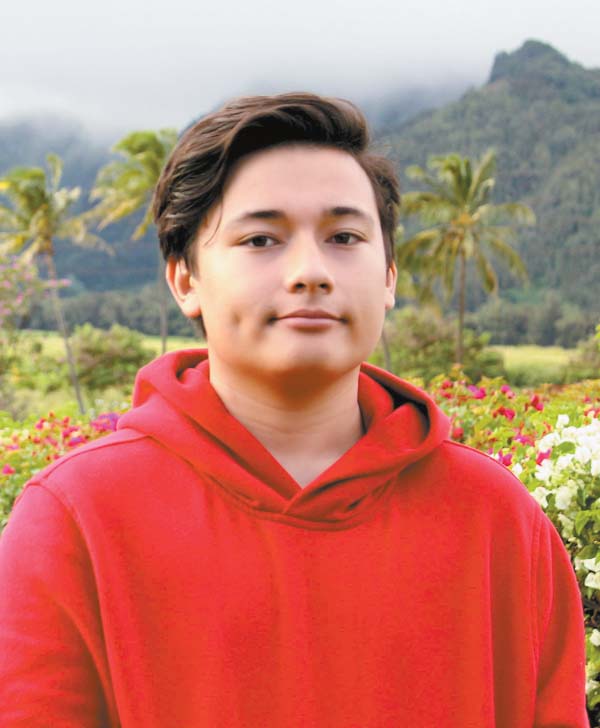 Sean Ethan Cashen is shown in a photo taken for the family Christmas card last year. His mother said red was his favorite color and recalled how they painted the inside of their first house together red. Photo courtesy of Massy Cashen-Suguitan

Waiehu resident Massy Cashen-Suguitan was grieving after her 16-year-old son’s sudden death in March when she got more shocking news.

While initial autopsy results showed Sean Ethan Cashen’s organs were healthy and provided no explanation for his death, further laboratory testing showed the presence of an inhalant in his body, his mother said. At the end of July, Cashen-Suguitan received her son’s death certificate saying he died of an accident by inhalant abuse.

“If that is true, I really didn’t have a clue,” Cashen-Suguitan said. “I can’t believe he would even try something like that. I got depressed. I said this is another blow.”

Cashen-Suguitan wanted to share her family’s story to warn about the dangers of inhalant abuse, in hopes of helping others prevent tragedy.

“I don’t know if I will ever get over it,” she said. “But my purpose is to let it out. Maybe some parents are not suspecting like me. 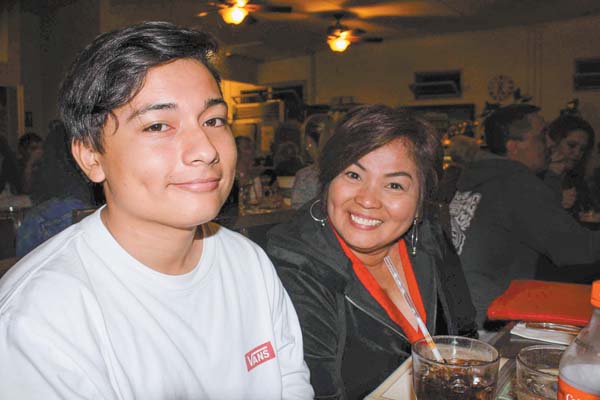 “That’s really my goal, to warn parents and teens who are in this experimental mode — stop, it can be dangerous. It is dangerous.”

In the United States, about 6 percent of high school students reported they had used inhalants, according to a 2017 Youth Risk Behavior Survey.

In a 2015 Hawaii Youth Risk Behavior Survey, 8 percent of high school students responded yes when asked if they had ever sniffed glue, breathed the contents of aerosol spray cans, or inhaled any paints or sprays to get high. The percentage was down from 9.2 percent in 2013 and 9.7 percent in 2011.

In Maui County, the average rate for middle-school students was 6 percent for 2011, 2013 and 2015, compared with the statewide average of 7.9 percent.

The Hawaii surveys were based on reports by some public school students in grades 6 to 12.

Sean Ethan died on March 3, which was a Sunday, after spending much of the day with his mother.

“That was a very pleasant day for both of us,” she said.

Ethan’s stepfather, Dominic Suguitan, had returned from an out-of-town trip. They bought dinner from a food truck in Kahului and brought the food home.

It was just beginning to get dark when Cashen-Suguitan first called her son for dinner.

“I scratched his foot when I saw him lying down on the couch downstairs,” she said. “I just said, ‘Ethan, dinner.’ ”

She went back upstairs to the dining room, expecting her son to follow.

When he didn’t, she thought he was tired and maybe wanted to skip dinner to sleep, as he had done in the past.

After she and her husband ate, she was watching the news while her husband unpacked when she decided to again try to wake her son for dinner.

She felt he was cold and covered him with a blanket, then again rubbed his feet.

“I realized he’s not moving at all,” said Cashen-Suguitan, who shook her son and still got no response.

Then she ran upstairs and yelled for her husband, got her phone and called 911 and was connected to an emergency dispatcher.

She and her husband put her son on the floor and started cardiopulmonary resuscitation before a police officer arrived and used an automated external defibrillator to try to revive the boy. Then another police officer and medics arrived.

“I was thinking he will just get up,” Cashen-Suguitan said, only to be told her son was gone.

She said police and emergency workers who responded to the home didn’t know why he died.

Sean Ethan — who was called Sean at school and Ethan at home — was a junior at Baldwin High School and was planning to get his driver’s license so he could drive his girlfriend to the prom.

He was outgoing and active in school and with friends, Cashen-Suguitan said.

He played saxophone in the concert band and was involved in robotics. He liked swimming and basketball, reading books, hip-hop dancing and playing Xbox games.

“He’s a gentle soul. He’s very kind. He’s generous,” Cashen-Suguitan said. “When I heard his friends talk about him, they said the same thing.”

When his friends would be angry at each other, “Ethan would be the one to tell them, ‘work it out,’ ” Cashen-Suguitan said.

Soon after his death, dozens of his friends and classmates, most wearing black, gathered for a photo at school in remembrance of him.

His best friend took Ethan’s girlfriend to the April 27 prom, where there was a moment of silence for Ethan.

“I thought that was very sweet,” Cashen-Suguitan said.

A page in the school yearbook featured photos of Ethan Sean and remembrances from his friends.

He also will be remembered in a Maui Fair exhibit for those who died and donated their organs. Cashen-Suguitan said her son’s organs helped three people, and she hopes someday to learn who they are.

Sean Ethan’s ashes were scattered off Kanaha Beach Park along with those of his father, Rudie John Cashen, who died in 2016.

Cashen-Suguitan said that after she and Sean Ethan’s father had divorced, “it’s just me and him.”

“We share secrets,” she said. “We have a tight bond between us. We’re very close. We tell each other how we feel.”

She said Sean Ethan was in kindergarten at Waihee Elementary School when he met his best friend, Seth, who later became his stepbrother when Cashen-Suguitan remarried. Sean Ethan called her husband “Dad.”

Cashen-Suguitan said her doctor reviewed the autopsy results that showed a low volume of inhalant substance in Sean Ethan’s system.

“She said it doesn’t seem like he’s been using it over time,” Cashen-Suguitan said. “It’s the lowest dose.

“There’s so many questions still,” she said. “Only he would know because he was the only one there.”

She said she hopes other families will avoid the agony her family has suffered.

“It comes in waves,” she said. “Part of me died too. I always think about him.”

In her last text to her son, “I told him I loved him,” she said.

“I still text him like crazy,” she said. “I still call him. That’s the only way I can hear his voice.”

I had such a great time at BMI’s Maui Songwriters Festival last year and can’t wait to be part of it again this December. I love that we can all come together and celebrate songwriters in such a beautiful place. — Miranda Lambert

Sean Ethan Cashen is shown in a photo taken for the family Christmas card last year. His mother said red was his favorite color and recalled how they painted the inside of their first house together red. Photo courtesy of Massy Cashen-Suguitan