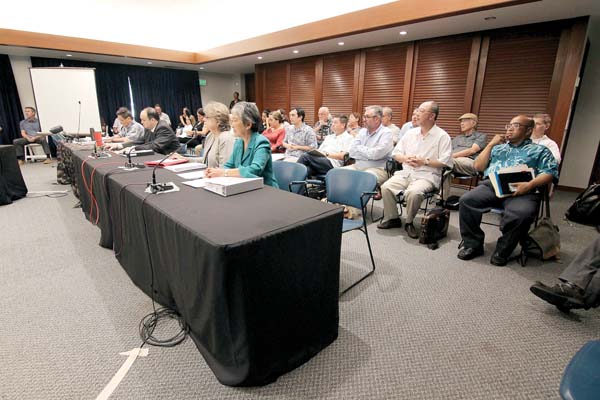 KAHULUI — Pulama Lana’i is proposing a 200-acre industrial park that it says will help the island’s economy — though some have concerns about how the project plays into the company’s wider vision for the island.

The project is seeking a district boundary amendment to switch the 200 acres from agricultural to urban. It came before the state Land Use Commission on Wednesday, which voted 7-1 to agree to be the approving agency for the project’s environmental assessment.

Yvonne Izu, attorney for Pulama Lana’i, said Wednesday that the 200 acres where the project is proposed were under pineapple cultivation until 1992 and have been fallow since then.

“There are hardly any urban lands suitable for industrial development on Lanai,” Izu said. “The 2016 Lanai Community Plan specifically identified the need for additional industrial lands so the economy on Lanai can be diversified.” 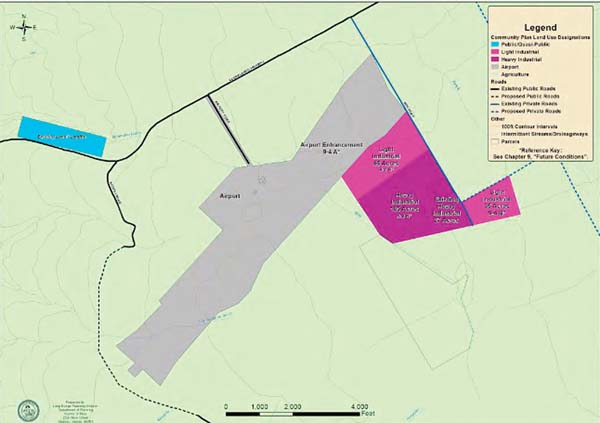 Lanai’s economy has gone from decades of reliance on pineapple to a major dependence on luxury tourism, after billionaire Oracle founder Larry Ellison purchased about 98 percent of the island from Castle & Cooke in 2012 and invested millions in renovating the island’s hotels — the Lodge at Koele and the Four Seasons Resort Lanai, formerly the Manele Bay Hotel.

Currently, only about 3,000 acres, or 3.4 percent of Lanai, is within the urban district, according to the project’s draft environmental assessment. Most of the urban lands are in Lanai City’s central area and along the coastline, areas not suitable for industrial activities.

The proposed park would offer 100 acres for light industrial uses and 100 acres for heavy industrial uses. Pulama Lana’i “may or may not go through the subdivision process; it may lease sites, rather than sell the land and subdivide,” according to the draft assessment.

The park would include major infrastructure, such as roads and power and water utility lines. Developers of individual lots or leased areas will be responsible for infrastructure and services within their own sites.

On Wednesday, some commission members wondered whether the industrial park should require a more intensive review, given Pulama Lana’i’s overall plans. During the recent update of the community plan, Ellison’s plans came to light, including a future resort and a 546-acre mixed-use residential project west of Lanai City that would include a university, a tennis academy, parks, film studios and industrial projects in the Miki Basin and near Kaumalapau Harbor.“The overall vision is one of sustainability, to have the island not be solely and totally dependent on tourism, that we have to have other industries.”

McCrory said that the island also has huge run-off issues and a rampant deer population, and that Pulama Lana’i has “very specific projects that are dealing with very specific goals.”

“If you roll those all up into an overall plan, you could call it that, but each one is taken individually,” she said.

Commissioner Gary Okuda, the lone dissenting vote, wondered whether the total impact of all of those plans needed to be taken into consideration, and not just piece by piece — often referred to as segmentation. A larger-scale plan could require a longer and more intensive environmental review.

“I think it’s unreasonable to say that whatever this landowner may have for the entire island should all be taken up at once, because in the years that I’ve been involved with Pulama Lana’i, plans have changed,” Izu said. “And that’s why I say if this particular project can stand on its own without implicating any other planned projects down the road, then I don’t think we’re segmenting.

“If we’re going to have to wait for Pulama Lana’i to decide what it’s going to do with the entire island before one part of it moves forward . . . we’ll never get anywhere,” she added.

Commissioners, however, pointed out that the project still was early in the process, and that they would get a chance to review the environmental assessment. At that point, they could decide whether a deeper analysis was needed. 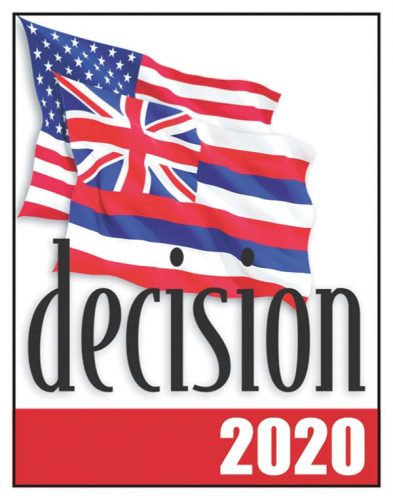