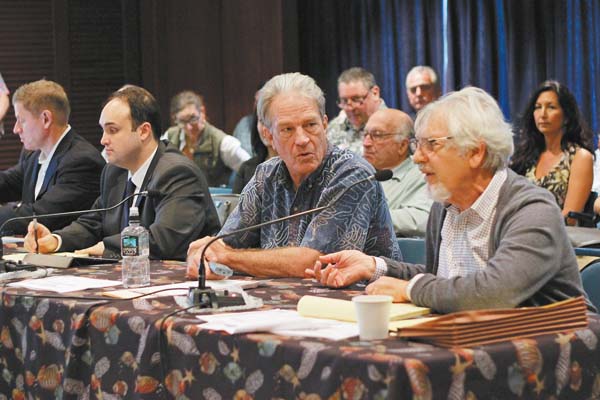 In 2004, when he first bought 2,000 acres in Waikapu that included the Maui Tropical Plantation, affordable housing developer Mike Atherton envisioned an entire community of homes and services that would bring back the Waikapu town of old.

Now, after years of planning, applying and appearing before commissions and boards, Atherton’s project got the green light Friday from the Maui County Council, which approved three bills related to community plan and zoning changes that will pave the way for the Waikapu Country Town.

“I was proud of my team and what they’ve done,” Atherton said Sunday. “It’s not just a subdivision. It’s a whole new community. I’m looking forward to it.”

The Waikapu Country Town project calls for 1,433 single-family, multifamily and rural units, as well as 146 ohana units; 200,000 square feet of commercial space; 82 acres of parks and open space; 8 miles of sidewalks, paths and trails; a 12-acre elementary school; and a 910-acre agricultural preserve.

Atherton said that within the next two weeks, his team plans to file for a special use permit to build a wastewater treatment plant that will service the project. Atherton says the location is ideal for reusing wastewater — there’s plenty of farmland and a couple of golf courses that could use the irrigation. 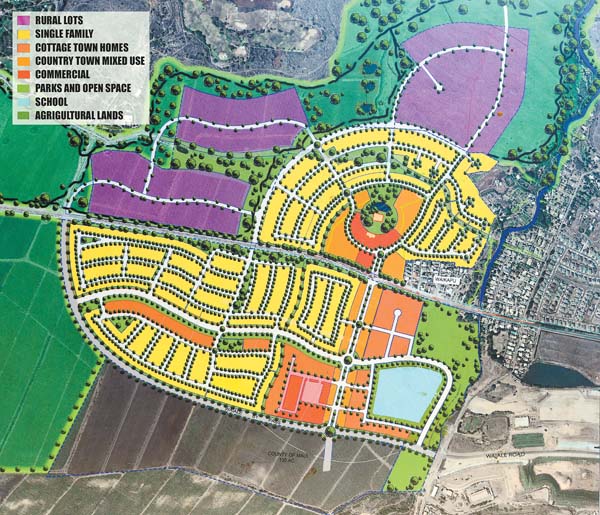 The wastewater treatment system will look similar to a greenhouse and will follow an Organica FCR solution that uses a series of biological treatment zones. As the wastewater travels through the zones, which will include natural plant roots, the organics and nutrients are consumed and/or transformed, according to the project’s final environmental impact statement.

A timeline for a build-out of the entire project is hard to pin down, based on the potential for recessions and other economic factors. Atherton said, “If I have 10 good years, it’ll get done in 10.”

“It’s hard to put a crystal ball out there,” he said. “There’s a huge demand for single-family (homes) these days, so our timing might be really good.”

The single-family homes would be available to residents earning in the below-moderate to above-moderate income brackets (according to the county’s guidelines as of 2019, that would include those earning above $67,040 and below $117,320). Homes would range in price from $392,400 to $610,400, according to the final EIS.

About 80 percent of the project’s market-priced housing is expected to be sold at prices deemed affordable to Maui County residents earning between 100 to 140 percent of the county’s median income ($83,800 to $117,320 per the 2019 income guidelines).

“It’s a good geographic location to build workforce housing,” Atherton said, pointing to the proximity to Wailuku and Kahului and the short drives to Kihei and Lahaina. “It’s perfect. It’s like the hub of the wheel of Maui.”

At each of the major steps — the Land Use Commission in January 2017, the Maui Planning Commission in August 2018 and the Maui County Council on Friday — Atherton’s project has earned unanimous approval and plenty of praise from testifiers. Many projects, especially the few that could compare in size to Waikapu Country Town, have faced strong opposition due to their sprawling proposals. Atherton said he thinks he was able to get the community on his side because his team spent years addressing resident concerns, from moving homes down from visible higher elevations to putting in a massive agricultural preserve “where you will have no development in perpetuity.”

Atherton spent years building affordable homes in California before moving to Molokai with plans to buy 10 acres and grow coffee, as he has in Nicaragua for many years. But then he got a tour of the Maui Tropical Plantation — which he couldn’t believe was for sale — and fell in love with it. He said that building homes on the West Coast gave him experience in working with the community on projects.

“You’ve got to work with the people. You must,” Atherton said. “Nowadays in social media and with the way people are environmentally conscious . . . you better be transparent and you better communicate.”

Hawaii quarterback Cole McDonald throws a pass during the first half of the Rainbow Warriors’ 35-16 victory over Central Arkansas on Saturday night at Aloha Stadium. AP photos

Lahainaluna High School’s Devon Sa-Chisolm is swarmed by Maui High defenders on a punt return in the first quarter of the Lunas’ 48-0 win Saturday night at War Memorial Stadium. The Maui News photos

The Lunas’ Nainoa Irish tackles the Sabers’ Brex Delray with the help of Kekailoa Cajudoy (26).

The Lunas’ Nainoa Kulukulualani-Sales runs in for a touchdown.

Molokai High School’s Jordan Kupau runs with the ball as Hana’s Thomas Momoa looks to close in during the Farmers’ 47-0 win on Saturday in Hoolehua. RICK SCHONELY photos

UH defensive back Kai Kaneshiro returns an interception for a touchdown during the first quarter.

Todd Stupe hits the pickleball while round 4 teammate Lamaur Madrid gets in position.