Woman helped out of burning home 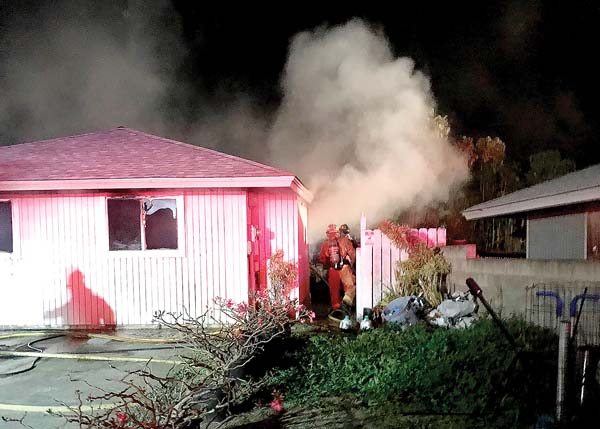 No one was injured in a fire at a Waiehu Terrace home Thursday night, but the family dog died. Maui Fire Department photo

Bystanders helped an elderly woman out of a Waiehu Terrace residence during a fire that caused nearly $175,000 in damage Thursday night, according to the Maui Fire Department.

Wailuku and Kahului firefighters and two battalion chiefs responded to bring the fire under control at 7:50 p.m. It was extinguished at 10:50 p.m.

The woman who was helped out of the residence was checked by medics and didn’t need medical treatment, according to the Fire Department. The family dog died in the fire, the department said. None of the other seven people living in the home were injured.

The cause of the fire is under investigation.

The American Red Cross was assisting the displaced residents.