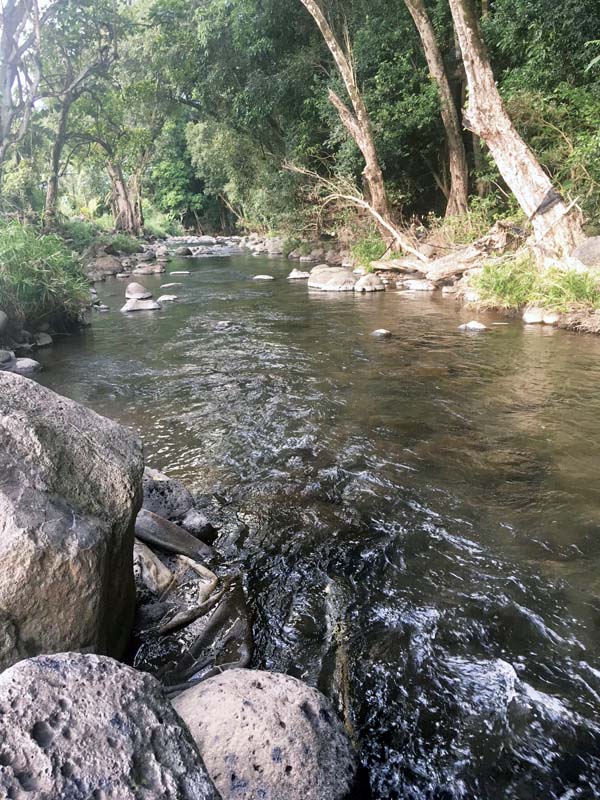 Attorney Lance Collins, who represents area residents, sent the water director a letter this week, asking that the department consider drawing water from an existing diversion, instead of piping water from Honokohau Stream to Kapalua Water Co., then buying the water from the company and returning it to the valley.

“I don’t want to say ironic, but our field operators along with our treatment plant division have been looking at similar options,” Pearson said. “We are required to come back to the mayor with various options to provide source to Honokohau.”

Collins is representing a number of Honokohau Valley families in a complaint against area landowners that seeks upgrades and maintenance to the water delivery system.

The letter to the water director came on the heels of Honokohau Valley county water users having no service for nearly a month, Collins said Friday.

In mid-September, near the end of the water disruption, Pearson called a meeting with valley residents at the Lahaina Civic Center, Collins said. After the meeting, residents asked Collins to get information on a possible solution for the the water delivery problem.

Residents sought cost estimates to eliminate an 8-mile diversion/undiversion pipe from the system “so that decision-makers had ‘hard facts’ as opposed to amorphous ideas,” Collins said.

He estimates that it would cost about $930,500 for a new transmission line, booster pump and filtration system. The system would use an existing diversion, and pipe the water downhill a mile where it would join existing infrastructure after being stored and filtered.

“The point is that the cost to fix the system in the long run will save the county and ratepayers and should be seriously considered to avoid the situation where DWS employees are spending an inordinate amount of time searching for leaks over an unnecessarily long span of pipe,” he said.

A 2016 water department report said that it was looking into a potential water source from a Honokohau tunnel on Maui Land & Pineapple Co. land that flows at about 1 million gallons per day. However, the department would need to address source development, transmission, maintenance, power needs and regulatory requirements, the report said.

In 2014, the Honokohau system had 13 connections that provided an average daily flow of 2,378 gallons, the report said.

“Of note, the DWS Honokohau system provides only 0.002 mgd to 13 connections, which means that even if each connection serves only one family, each family is using approximately half of the Maui WSS (water system standards) or 300 gallons on average when the system is actually delivering water,” Collins said in the letter.

During a Board of Water Supply meeting Thursday, Pearson said that the water department was working on various options, and that he will be presenting information to the mayor.

“There are some issues with booster pumps and where we could locate the filtration system, there are issues with (Department of Health) approving this filtration system,” he said. “Of course, it’s not as easy as a two-page letter with approvals and so forth, but we are looking at an option similar to this one.”

“I appreciate Lance’s efforts,” he added. “He’s looking at ways and alternatives to resolve the Honokohau Valley water source issue.”

The document said the companies failed to properly maintain infrastructure and surrounding land that diverts water from the stream. Because of this, vital water is being mismanaged and dumped.

The water commission notified landowners in June that the complaint had been filed. In August, water commission staff held an informal stakeholders meeting on resolving the water waste, Collins said.

“CWRM staff seemed to be advocating for the large landowners to support the county in funding the necessarily upgrades to reuse the treated wastewater in the injection wells,” he said.