Suggestions include firebreaks, cleaning up around electrical infrastructure sites

A wildfire blackened 4,100 acres from Maalaea, over the pali to Papalaua earlier this month. The Hawaii Wildfire Management Organization identified Maalaea as one of the high risk areas on Maui for wildfires. The Maui News / MATTHEW THAYER photo

Establishing and maintaining fire and fuel breaks, cleaning around electrical transformers and under power lines and encouraging removal of green waste by making it easy and accessible are the top priorities to reduce wildfire hazard risks on Maui, according to a draft report by the Hawaii Wildfire Management Organization.

The report also pinpointed locations of hazardous fire conditions due to fuel load, fire weather and history. It is no surprise that the biggest areas of concern were in Maalaea and Lahaina. Earlier this month, a wildfire burned 4,100 acres above the pali, closing roads for hours and stranding visitors and residents.

The project has been ongoing. The organization met with large landowners at the beginning of 2018 to identify priorities and prevention strategies.

A revised report will be published on the organization’s website by Nov. 15, and a larger rollout plan developed soon after, said Nani Barretto, executive director of Hawaii Wildfire Management Organization.

Organization officials say that most wildfires in Hawaii are caused by people. The majority are accidental and are started by hot exhaust, sparks from equipment, open fires, cigarettes and fireworks. Ignitions often occur along roadsides and community boundaries.

Maui Electric Co., as part of the Hawaiian Electric Cos., recently completed a preliminary wildfire study to identify the greatest risks, and the report identified dry grass and brush, said Shayna Decker, manager of communications for MECO.

She said that the utility runs an extensive vegetation management program to maintain safe and reliable electrical service. Last year, MECO invested $2.8 million to clear and control brush, trees and branches around its electrical equipment and infrastructure on Maui, Molokai and Lanai.

“Preventative measures are in place at our operating facilities, such as having protective firebreaks surrounding the area,” Decker said in an email. “We also work with various wildfire organizations on the maintenance of firebreaks and risk mitigation on our islands.”

MECO also works with area landowners to maintain vegetation when its electrical infrastructure is on private property, Decker said.

In response to a suggestion in the draft report calling for underground power lines, Decker said it may not always be a viable option due to cost and environmental sensitivities.

However, MECO is testing new equipment with insulated power lines and upgraded poles in a heavily forested area Upcountry. They are designed to withstand high winds and the force of falling branches and trees. The pilot project will expand to other parts of Maui and East Molokai.

Also, when MECO has installed new equipment, especially in drought areas, steel poles instead of wooden ones have been put in. Fire retardants are applied to poles in fire hazard areas, Decker said.

On dealing with green waste, Tamara Farnsworth, manager of the Environmental Protection and Sustainability Division, said she would welcome the opportunity to talk and work with the community and others regarding an integrated approach to handling green waste.

Haleakala National Park is addressing fire hazards and has a fire management plan in place, which addresses fuel reduction, especially in areas where there is a history of fire.

“The park is supportive of our state and local partners in addressing fire management on Maui,” said Jin Prugsawan, public information officer and chief of interpretation and education at Haleakala National Park.

There also were concerns about management of feral animals and a need to balance benefit of fuels reduction with damage from feral ungulates. A remedy included strategic fencing to manage appropriate grazing.

The draft report does not outline the path to achieving the priorities and suggests that any specific planning effort include local input and best practices. 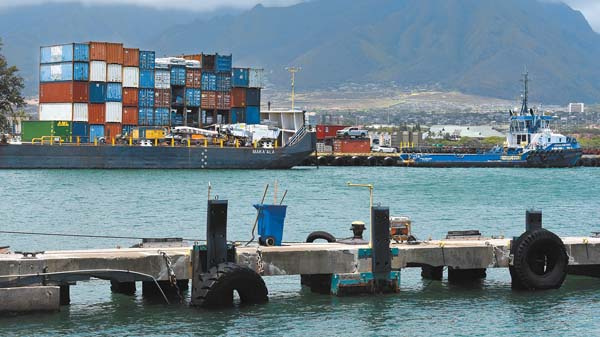