Oh give me a home, a tiny home 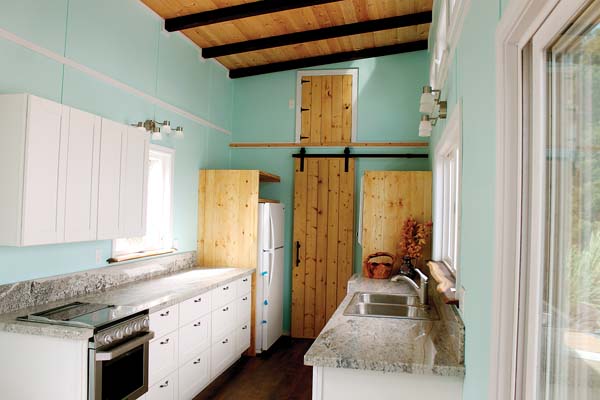 KULA — Clare Tiss will finally live out her big dreams in her tiny home after over a month of searching.

Tiss, 61, said it “has been a struggle to find some land to lease” to park her 400-square-foot home on wheels that initially required access to water and power hookups.

But, earlier this week, Tiss found the “most beautiful” property in Haiku for $650 per month, which also is close to her family. She hopes that her search for affordable housing will “spread awareness” over the lack of options on Maui.

“I decided on getting a tiny home as a more affordable alternative to Maui housing options once I decided to move to Maui to be part of my grandkids’ lives,” she said Tuesday. “My daughter and her partner have lived here for more than 15 years.”

Once the lease is finalized and the remaining details are worked out, Tiss hopes to drive to the property within the next couple weeks. 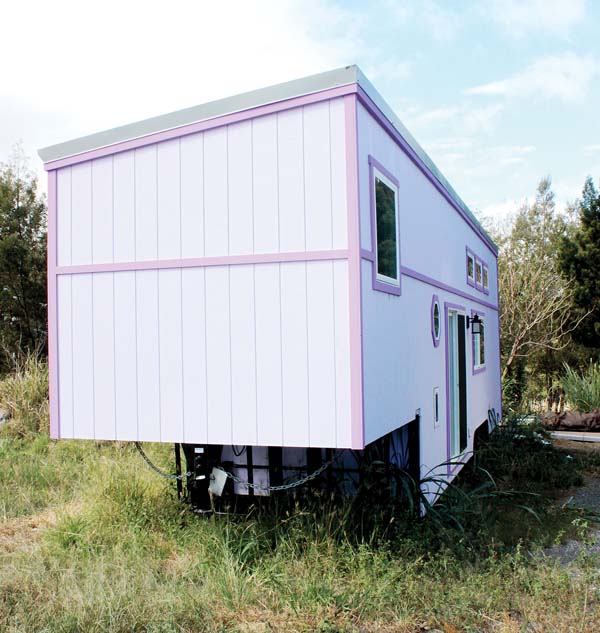 “I’m just so happy and excited that it worked out,” she said. “Knowing my dream house is completed and ready and waiting for me, and not being able to find a place to plant it (was) heartbreaking, to say the least.”

In the meantime, Tiss is living with her daughter and family, and temporarily leaving the tiny home trailer with the builder and owner of Island Tiny Homes — builder of custom, small homes on wheels.

“It really depends on how much they want to put in, but we want to design the tiny home to fit their specific needs” said Kalani Iselin, who started the business in 2014 to provide portable and affordable living options.

According to Realtors Association of Maui data released last week, the median price for a home in September was $719,718, and according to the Zillow home value index, the median monthly rental price in Maui County is $2,795.

Depending on the model, materials, trailer type, and size (180 to 400 square feet), tiny homes cost between $10,000 to $150,000 and take between one to four months to build. Most models are turn-key ready, Iselin said, meaning they come with appliances, electric and plumbing.

After some consideration, Tiss decided to be self-sufficient, utilizing a water catchment system and a rechargeable, battery-powered generator. Like an RV, Tiss currently has an above-ground septic tank attached underneath the home, including a blackwater tank and a greywater system.

Throughout the process, finding access to utility hookups was challenging, she said. Briefly, Tiss had found one willing property owner but ran into an obstacle with electricity.

“The homeowner was on solar power and programmed to only use what he had built for,” she said. “This meant I had no source of power. There are just so many variables that I didn’t realize before.

“If someone was financially able to purchase land specifically for tiny homes, I think that would be a fruitful venture,” she added. “Something along the lines of a trailer home park, but more upscale. I wouldn’t mind living amongst other tiny home dwellers.”

Putting multiple tiny homes on one parcel is typically prohibited under county zoning laws. One solution could be to change the County Code to allow more homes on certain types of properties and under certain conditions.

“It hasn’t been done yet, but it can be,” Maui County Planning Director Michele McLean said last week. “So for now, we regulate them like any other dwelling.”

McLean said that as long as the tiny home meets the County Code definition of a dwelling and all zoning laws for the property, then it is a legal home.

The county Department of Housing and Human Concerns has considered proposals for the tiny homes concept as a way to offer more housing options, Director Lori Tsuhako said last week.

Sometimes, projects happening across the state are referenced to get ideas to implement in Maui County. Tsuhako mentioned Kahauiki Village as an example for a possible tiny homes format.

Kahauiki Village is a proposed community of approximately 144 one- and two-bedroom homes to be built on 11.3 acres of land in Honolulu to provide affordable housing to homeless families with children. The homes are small but meet the basic needs for living comfortably among other dwellers.

“That kind of project has worked well for them,” Tsuhako said. “Having housing where people could stay permanently was more appealing because then this creates more housing units with affordable rent.”

Tiny homes may seem like an easy answer, but there are hurdles for homebuyers, including construction costs, location, zoning laws and rent, she said.

“I’m in favor of looking at the big picture,” she added.

While there are no current plans for tiny homes code changes, the county still recognizes that “treating tiny homes like any other dwelling” is one possible solution to chip away at Maui’s affordable housing situation, said McLean.

“It doesn’t matter if it’s tiny, big or on wheels,” she said. “They’re helpful because they are typically less expensive because of the size and the nature of how they are being marketed, and in terms of how they’re used in other places.”

A brush fire was declared 100 percent contained Tuesday morning after burning about 50 acres above Piilani Highway ...