Hotel has a wellness retreat concept with guest-tailored programs 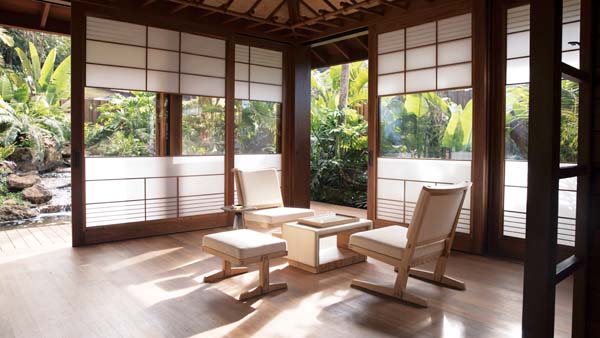 The old Lodge at Koele, which closed in January 2015, will be reopening after a $75 million “refresh” as the Four Seasons Hotel Lanai at Koele, A Sensei Retreat, with 96 guest rooms and suites on Nov. 1.

Four Seasons Hotels and Sensei — a company founded by Larry Ellison, who owns most of Lanai, and Dr. David Argus — are partnering to focus exclusively on wellness retreats with programs tailored to the luxury traveler’s needs, a Four Seasons news release said Thursday.

Argus is best known for being the founding chief executive officer of the University of Southern California’s Lawrence J. Ellison Institute for Transformative Medicine and his best-selling books on data-driven approaches to a longer life. Ellison, the billionaire founder of Oracle, purchased most of Lanai in 2012, including its two hotels.

“Our goal is to create experiences, products and services that help people address the gap between their wellness intentions and daily practices,” said Argus. “Our retreat provides a great environment to work towards balance, health and well-being with the support of a dedicated, data-driven wellness team.” 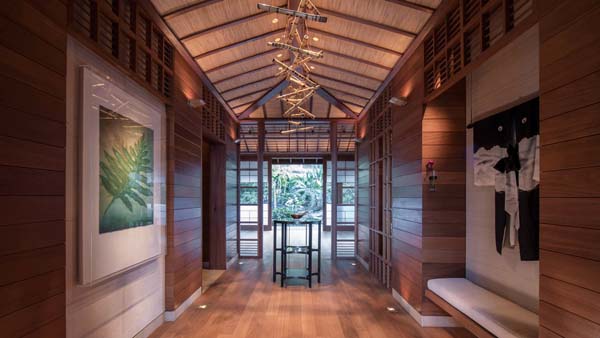 The hotel has the restaurant Sensei by Nobu with the menu designed by Japanese Chef Nobu Matsuhisa in collaboration with Argus and Sensei nutritionists utilizing a science-driven approach to diet, the news release said. Many of the ingredients will come from Sensei’s on-island sustainable farm. Guests also may dine in a spa hale, poolside or in their room, each of which has a balcony or a lanai for al fresco dining.

Each booking is for at least three days and each guest is matched with his or her own “Sensei Guide,” who will help customize visits in advance, the news release said. The hotel staff includes wellness experts, nutritionists, chefs, fitness experts, spa therapists and hospitality professionals. During each stay, the Sensei Guide will use cutting-edge health tools and technologies, recommendations from the wellness team and guest feedback to adapt the program.

Guests of the adults-only resort consult with their Sensei Guides to create their customized itinerary to accommodate how they want to spend their time, the news release said. That could include targeting a specific health goal or simply unwinding from the stresses of everyday life; each itinerary is designed to be adaptable.

Visits start with a minimum three-night stay with the ability to add on additional days. Prices include wellness activities, meals and adventures.

The renovation of the old Lodge at Koele was led by Todd-Avery Lenahan of TAL-Studio. The 25-acre hotel includes 96 guest rooms and suites and 10 private spa hale.

“We wanted to create an environment set amid this mountain location that inspired the senses to ascend and rise above the fray of life,” Lenahan said. “The large grand space has been resculpted, with a more than 80-foot long glass wall overlooking the verdant gardens bringing the landscape inside.”

Works of art, commissioned exclusively for the property, stimulate thought and reflection, the news release said.

“A new architectural frieze-band visually tells the story of the island’s geographic and cultural context, while colors from nature are vibrant against a serene palette, offering a harmonious and balanced setting for a journey to well-being,” he said.

Planning documents put the cost of the renovation at $75 million.

The Lodge at Koele, which opened in 1990, has been closed since January 2015, when its 102-room hotel was used as housing for construction workers renovating the Four Seasons Lana’i, located at Manele Bay. That project was completed in 2016.

Pulama Lana’i, owned by Ellison, unveiled its renovation plans for the Koele hotel in 2017.

Retreats currently are available for booking for arrivals beginning Nov. 1. For online booking, go to reservations.fourseasons.com/en?hotelCode=LNY317&checkIn=2019-11-01&checkOut=2019-11-04&adults=2&children=0&promoCode=.

For more information, contact the hotel’s team of wellness experts and retreat planners at (800) 505-2624.

A surfer streaks across the face of a fast-breaking wave one recent day at Mala Wharf in Lahaina. Record-settting high temperatures continue to send residents and visitors to the water to cool off. The Maui News / MATTHEW THAYER photo

Members of Rotary Clubs of Lahaina Sunrise, Lahaina and Lahaina Sunset gather to install the first of several rescue tube stations at Launiupoko Beach Park in February. Those with experience, including Tori Taylor (left) and David Ristau (in foreground), demonstrated the steps before the group broke up into smaller teams. Rotary Club of Lahaina Sunset past president Mariko Higashi said the tubes cost $175 apiece and of the 33 tubes that club members have installed between February and April, nine have had to be replaced. Most incidents have occurred at Puamana, Ukumehame and Papalaua beaches. The Maui News / MATTHEW THAYER photo

A broken rescue tube pole lies on the ground at D.T. Fleming Beach in West Maui on Saturday, one of two poles that had to be replaced at the beach. Rotary Clubs in West and South Maui are trying to stop the vandalism and removal of rescue tubes, which serve as lifesaving measures at beaches without lifeguard towers or outside of lifeguard-monitoring hours. Photo courtesy of Mariko Higashi

Launiupoko residents Jessika Stauffer and Robbie Marino are in it to win it. The private trainers, who are engaged, will compete for a chance to win $100,000 on Paramount Network’s new reality television series, “Battle of the Fittest Couples,” which premieres at 8 p.m. Tuesday on Spectrum Channels 559 and 1559. Photo courtesy Endomol Shine North America