Woman who killed 2 people in crash is now suing Kaiser

Ashley Wellman was acquitted of murder by reason of insanity, released to halfway house 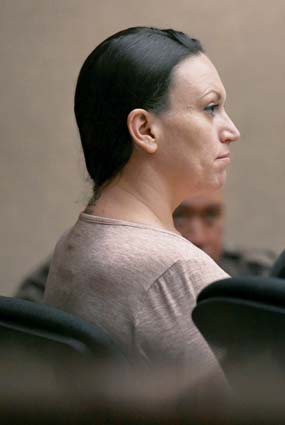 A woman who was acquitted of murder by reason of insanity for causing a fatal traffic crash is suing Kaiser Permanente, alleging she was improperly discharged from the company’s Wailuku clinic when she sought treatment for depression the day before the collision.

According to a complaint filed electronically Wednesday in 1st Circuit Court on Oahu, Ashley Wellman went to the clinic at about 4 p.m. Oct. 7, 2016, and Kaiser determined she needed treatment and met the criteria for involuntary hospitalization.

She was advised to go to Maui Memorial Medical Center, then to call Kaiser after she was discharged for a follow-up appointment, according to the complaint. It says Wellman didn’t go to the hospital or to a psychiatric facility after leaving Kaiser and Kaiser didn’t follow up.

At 10:26 a.m. the next day, Wellman was driving a Nissan sedan traveling 127 mph in the uphill direction on Haleakala Highway when she ran a red light and hit a 1998 Toyota pickup truck that was turning left from Makani Road onto the highway, according to a police investigation.

Partners Debi Wylie, 63, and Traci Winegarner, 57, who were in the truck, died at the scene of the crash.

After the collision, Wellman “was placed on a psychiatric hold due to her suicidal intentions,” according to the lawsuit.

Last year, Wellman was acquitted of murder and other charges. Second Circuit Judge Peter Cahill’s verdict was based on reports by three mental health professionals who examined Wellman and found that she had been affected by a physical or mental disease, disorder or defect that substantially impaired her capacity to conform her conduct to the requirements of the law at the time of the crash.

She was re-examined by three psychiatrists or psychologists this year after she applied to be released from the state hospital.

On Aug. 20, Wellman, 36, of Waiehu was released into the Sierra House transitional living program on Oahu, according to court records.

The lawsuit alleges that the threat Wellman posed to herself and others was foreseeable. Kaiser failed to properly diagnose and provide medical or psychiatric treatment to Wellman and didn’t warn her “of her inability to safely operate a motor vehicle given her medical and/or psychiatric condition,” according to the complaint.

** This story includes a correction from the original published October 11, 2019.