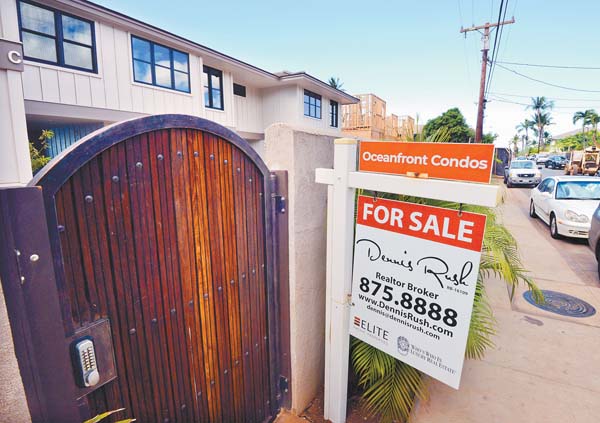 A three-bedroom, three-and-a-half bath private town home at Maui Beach Place on Iliili Street next to Charley Young Beach in Kihei is listed for $5.49 million. Kihei was the hottest market for condos last month, with 49 sales at a median price of $499,000. The Maui News / MATTHEW THAYER photos

After reaching a historic high of $825,250 in August, median prices for single-family homes in Maui County have cooled somewhat, dipping in September and October to prices lower than they were at the same time last year.

The RAM report released this month shows that the single-family market saw more new listings in October (137 compared to 126), more pending sales (96 compared to 89) and more closed sales (104 compared to 88) than October 2018.

Overall inventory, however, was less — 453 homes for sale as compared to 497 at the same time last year. The homes were more affordable than in October 2018, earning a 46 on the affordability index as compared to 39. (The higher the number, the greater affordability; an index of 120, for example, means the median household income is 120 percent of what is necessary to qualify for the median-priced home.) 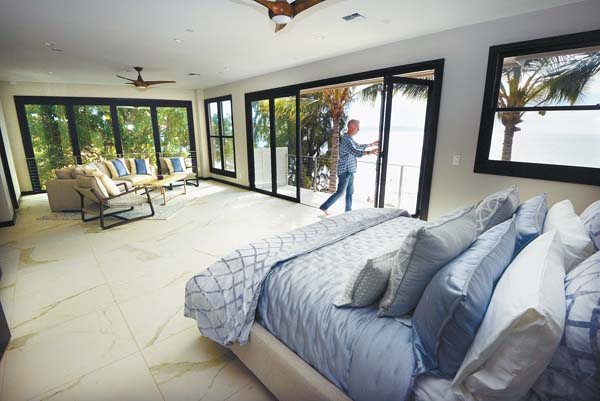 Median single-family home prices each month have consistently been higher than they were at the same time last year. They’ve surpassed $800,000 twice — once in April when the $819,500 median price set a record since RAM started keeping track in 1993, and then again in August when the $825,250 median price (now adjusted from the $837,500 that RAM reported earlier) broke April’s record.

Condominium prices haven’t always spiked at the same time as home prices. The median prices in April and August were both lower than they were in the same months of 2018.

And while home prices dipped in October, condo prices rose to $515,800, a 3.2 percent increase as compared to the same time last year.

Like the housing market, overall inventory in the condo market was less — 468 as compared to 573 in October 2018. The affordability rating was better — 65 as compared to 61 last year.

No condos were sold on Molokai or Lanai in October.