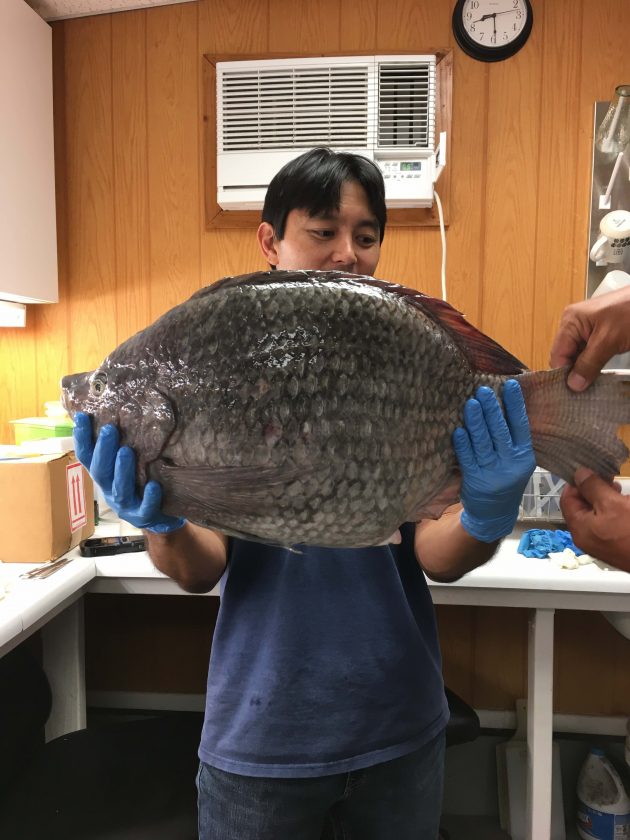 Division of Aquatic Resources biologist Troy Sakihara said it’s the largest of the species he’s ever encountered, and state scientists are warning of an even larger impact the invasive fish can have on native systems throughout Hawaii.

DLNR spokesman Dan Dennison said Saturday that although there have been no tilapia reports on Maui, a recent “invasion” of Nile tilapia in Hilo streams and black-chin tilapia on Kauai’s north shore have “enormous destructive potential.”

They eat all the food for native species and are even eating native fish such as the ‘ama’ama and ‘o’opu, according to DAR administrator Brian Neilson.

The “monster” pet Nile tilapia on Big Island recently died and was brought to Sakihara by a local man. 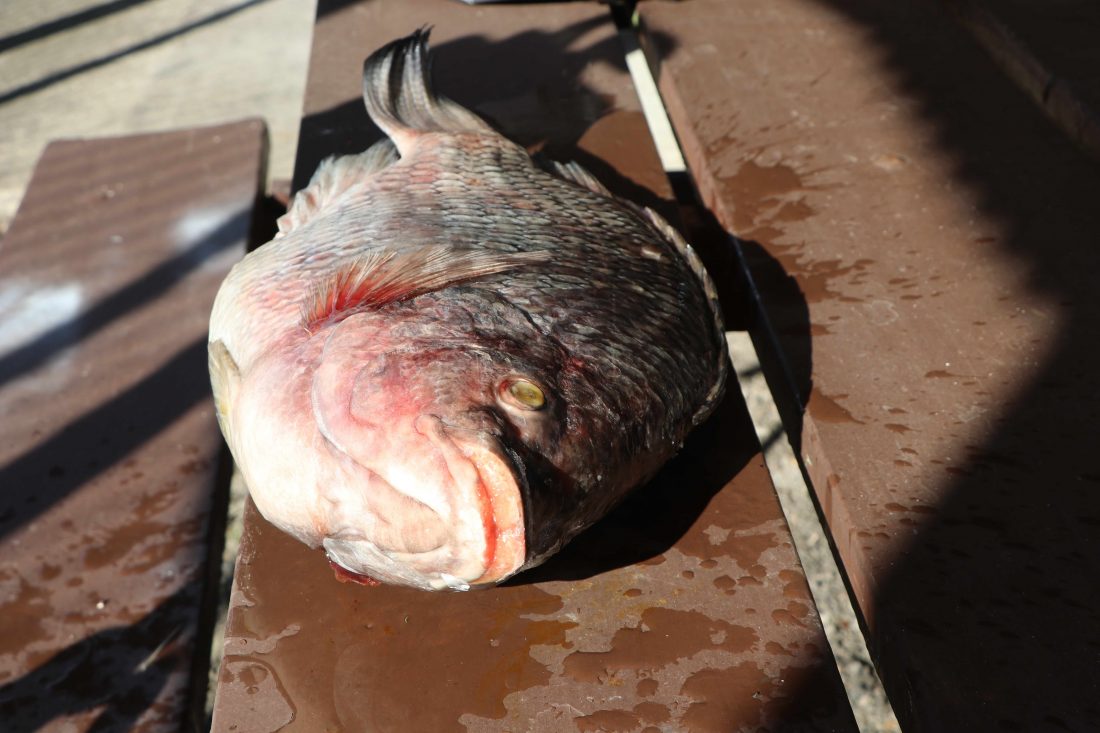 “I was amazed, as a fisherman myself, but also a little freaked out by how big these fish can actually get,” said Neilson, who is Sakihara’s boss. “Especially when you think about how devastating tilapia can be to some of our native organisms, a two-foot long, 16-pound fish can become a major predator. It’s a little scary.”

Sakihara is forming a working group with DAR to help develop strategies of addressing impacts of tilapia on Hawaii waterways, and the division will be asking for help from the local fishing community.

“It’s great to see the public awareness and support and people bringing in tilapia, as they’re hearing the important message that invasive species don’t need to be in our waterways,” Neilson said in a statement. 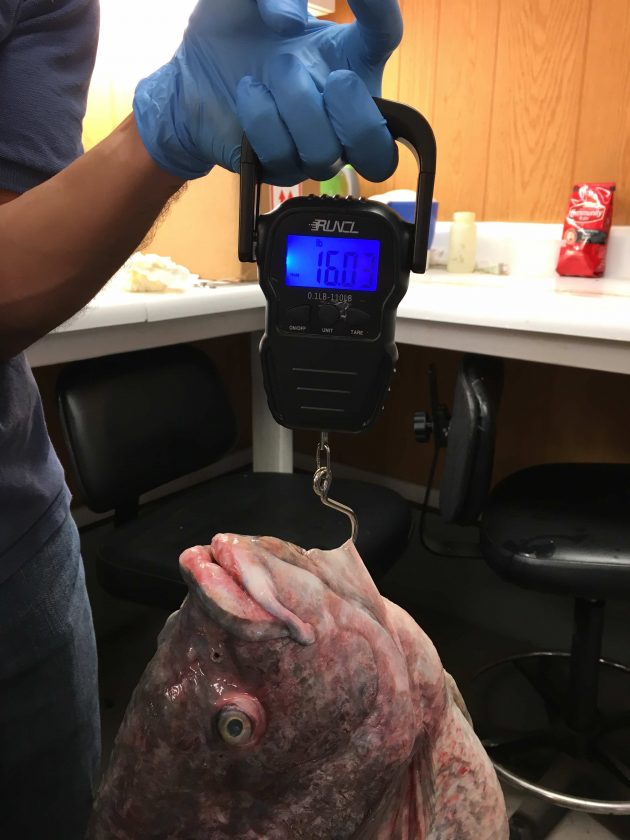