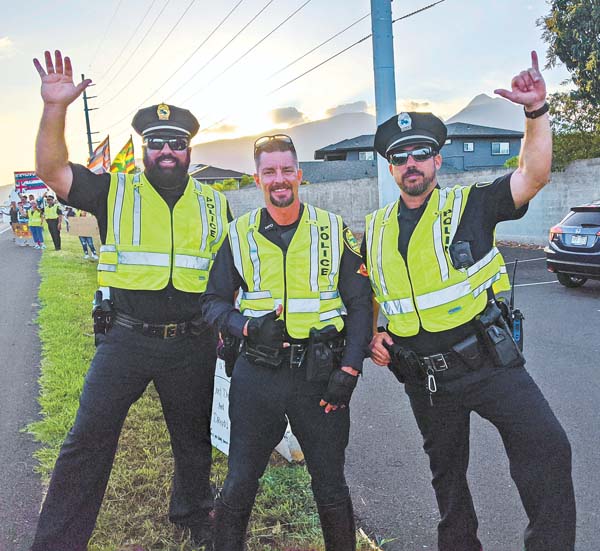 Police DUI Task Force Sgt. Nick Krau (left), solo bike officer James Burkett and DUI Task Force officer Jason Thompson sport beards as they join in a sign-waving last week, reminding motorists not to drink and drive. The three are among at least 145 Maui Police Department officers and employees who are allowed to grow beards, paint their nails or color their hair through the end of the year by participating in the Beard It Up/Color for the Cure fundraiser for pediatric cancer research. MPD has raised more than $6,500 in donations for the cause.