Project completion could be in March 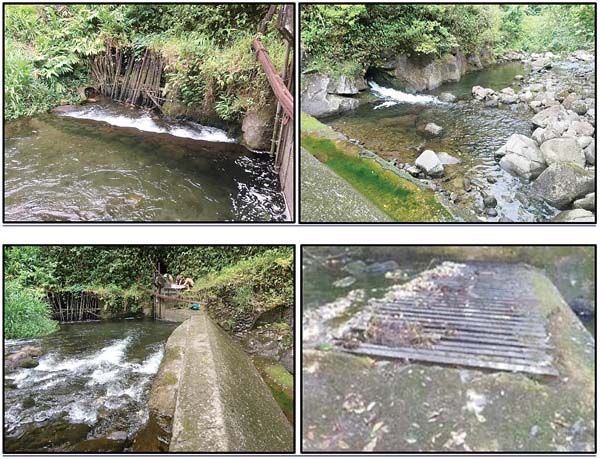 Maui Land & Pineapple Co. announced Wednesday that it has embarked on major repairs to the Honokohau Stream ditch system in West Maui to restore the damage caused by Hurricanes Lane and Olivia in late 2018.

The anticipated completion date of this two-phased project is March 31, the company said in a news release.

The water from the ditch flows to the county water treatment facility, Kapalua Water Co., and various residents and farmers for drinking, irrigation and fire suppression. The damage caused by the hurricanes resulted in irregular and inconsistent water availability to the users due to the extensive flooding and damage to a critical control gate, the Kapalua-based company said.

As part of the restoration process, a full assessment of the ditch system was completed by ML&P’s engineers and third-party contractors during the summer.

The proposed repair work will include fixing the inoperable intake structure and sluice gate; clearing of landslide sediment and debris; and repairs to the bridge, landing zone, access roads and the siphons. Due to the extent of the damage, the repair efforts will take three months to complete and will require significant mobilization, coordination and participation from all the users, ML&P said. 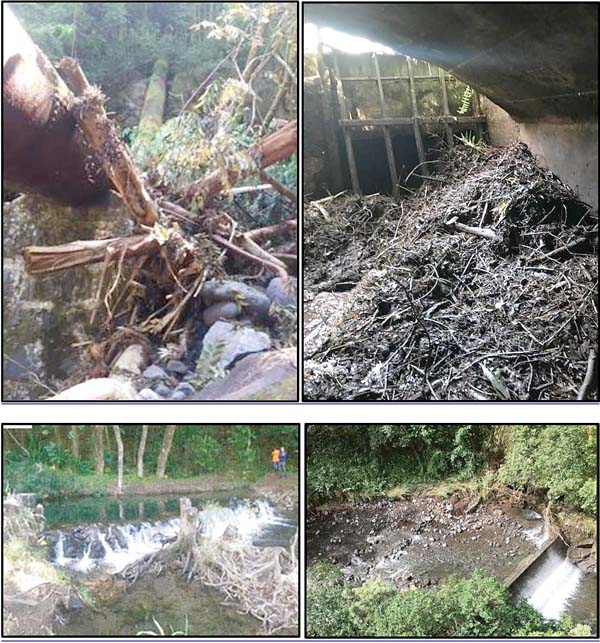 The damage to the Honokohau Stream ditch system from Hurricanes Lane and Olivia, shown in these photos, is in the process of being repaired by Maui Land & Pineapple Co., the company announced Wednesday.

Tim Esaki, chief financial officer of ML&P, said Wednesday in an email that the project, which will cost $300,000 to $400,000, will leave users without nonpotable water for a couple of days during each phase of the repairs. This is to ensure the safety of the contractors and repair crews, he said.

The complaint alleged that three companies — ML&P, its subsidiary Kapalua Water Co. and Kaanapali Land Management Corp. — were wasting water from Honokohau Stream, which is approximately 11 miles long, starts high in the West Maui Mountains and empties into Honokohau Bay.

The companies failed to properly maintain infrastructure and surrounding land that diverts water from the stream, the complaint says. Because of this, water that could be used by valley residents is being mismanaged and dumped.

On Nov. 20, the state Commission on Water Resource Management unanimously approved recommendations for ML&P to upgrade a damaged Honokohau Stream intake and other fixes meant to prevent water wasting.

Water commission staff reported nonstream uses of Honokohau Stream include 0.9 million gallons a day to Kapalua golf courses; 1 mgd to Kapalua resorts; 0.2 mgd for other uses such as agriculture, cemetery and Napili gardens irrigation; and 2.5 mgd for the county Department of Water Supply.