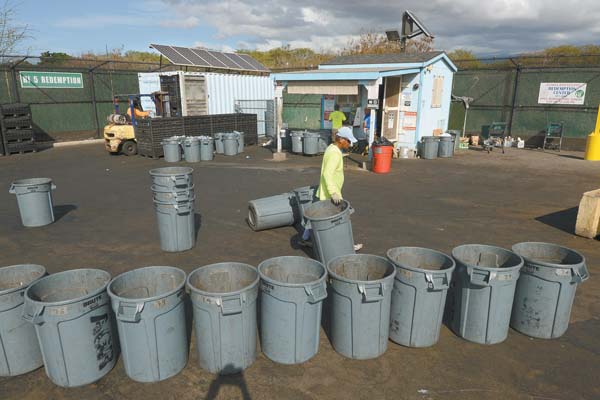 Maui-based HiVE Energy Systems has installed the units at three HI-5 redemption centers on Maui to replace the facilities‘ failing lead-acid battery banks. The HiVE units were installed at the Kihei facility (shown here) in December, at the University of Hawaii Maui College facility earlier this year and at the Makawao facility in early November. They’re run by Aloha Recycling, which has been contracting with the county to provide the centers since 2011. The Maui News / MATTHEW THAYER photos

New renewable energy storage systems have been installed at Maui County’s HI-5 redemption centers, most of which are not connected to the grid and depend on solar power.

Locally owned Aloha Recycling has contracted with the county since November 2011 to provide HI-5 redemption centers at the county’s neighborhood recycling locations at UH-Maui College and in Haiku, Makawao and Kihei, a recent HiVE news release said. 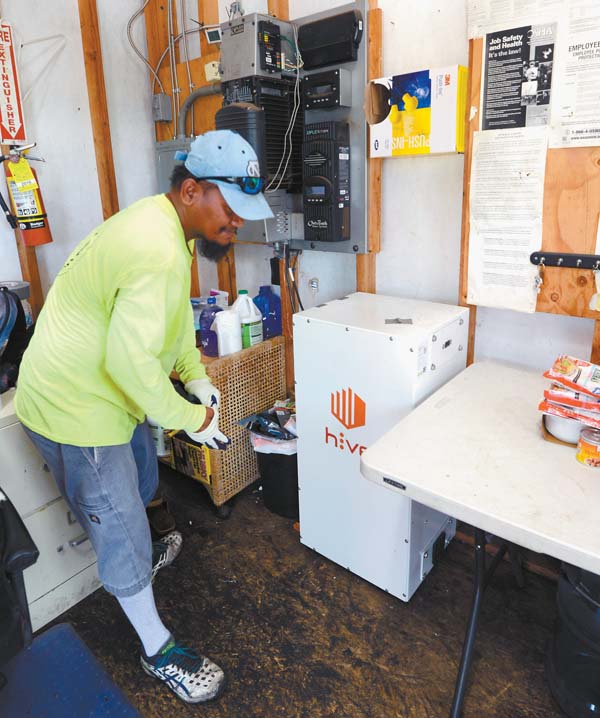 All locations but one are in areas where it is not cost-effective to connect to the grid, so they have been powered by off-grid solar PV panels, the news release said. Surplus power generated by the panels was stored in lead-acid batteries which, due to their production of potentially explosive hydrogen gas, had to be located in specially constructed safety cages outside the redemption center buildings.

“The lead-acid batteries at the redemption centers were failing, and I wanted to upgrade to safer energy storage systems,” said Tom Reed, owner of Aloha Recycling, who added that he “really wanted to buy from a local company.”

“I couldn’t be happier with our decision to install HiVE energy storage in our off-grid HI-5 redemption centers,” he added.

HiVE Energy Systems is a wholly owned subsidiary of HNU Energy, which draws on in-house research and development and design engineering to install residential and commercial systems of all sizes, the news release said.

Following a decade of development, HNU Energy launched HiVE in late 2016. HiVE is a fully integrated, high-voltage battery management platform designed to be compatible with any conventional high voltage inverter on the market. It incorporates lithium iron phosphate (LiFePO4) cells.