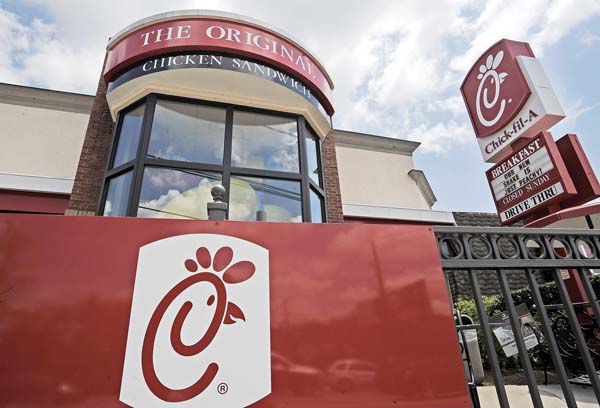 A Chick-fil-A fast food restaurant in Atlanta is shown in this photo. The Atlanta-based company has filed a building permit for a site in Alexander & Baldwin’s Pu‘unene Shopping Center. AP photo

KAHULUI — The Chick-fil-A franchise is flocking to the Aloha State, with plans in the works for a future Maui location, its second in Hawaii.

Known for chicken sandwiches, the Atlanta-based fast-food chain that opened in 1967 has thousands of restaurants in almost every state.

Chick-fil-A filed a building permit on Jan. 10 for a spot in Pu’unene Shopping Center at 100 Hookele St., according to county Department of Public Works records. The shopping center is anchored by Target and owned by Alexander & Baldwin.

The building permit application puts the project cost at $2.95 million. The application is for Building 1 — an undeveloped, 7,500-square-foot parcel on the south corner of Hookele Street and Maui Veterans Highway, based on A&B leasing maps.

Chick-fil-A Inc. on Wednesday said it is eyeing the Valley Isle but declined to confirm a location. 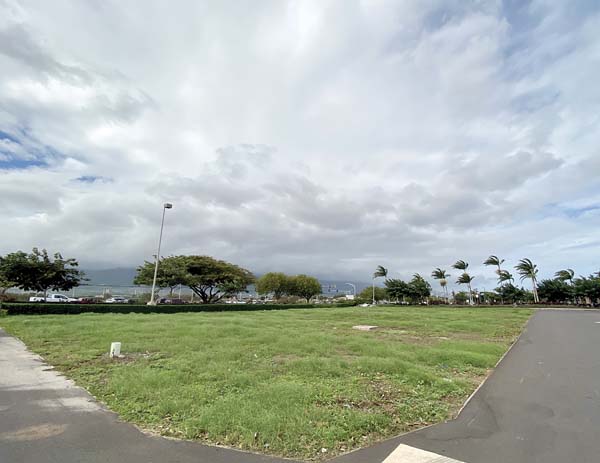 A 7,500-square-foot parcel at the south end of Alexander & Baldwin’s Pu‘unene Shopping Center may be the future site of a Chick-fil-A fast food franchise. Chick-fil-A filed a building permit application for the Kahului location Friday. If approved and constructed, the franchise would be the second in the state, with the first on Oahu. The Maui News / KEHAULANI CERIZO photo

“We are always evaluating potential new locations in the hopes of serving existing and new customers great food with remarkable service,” Chick-fil-A told The Maui News. “While we hope to serve the Maui community in the future, we do not currently have any locations to confirm.”

Chick-fil-A will be crossing the Pacific Ocean to expand for the first time outside of the contiguous U.S. The company announced in 2018 that its initial Hawaii restaurant will be on Oahu, adding that the spot will employ about 80 people and will be owned and operated by a local resident.

Chick-fil-A applied last April for a permit to develop a more than $2 million restaurant on South Beretania Street in Makiki. The permit remained pending Wednesday, according to the City and County of Honolulu Department of Planning and Permitting.

Also, Chick-fil-A registered with the state Department of Commerce and Consumer Affairs in 2018.

Chick-fil-A, a company privately owned by the family of its late founder, S. Truett Cathy, has 2,300 restaurants in 47 states and Washington, D.C., according to its website. It reported more than $9 billion in revenue in 2017.

Cathy opened his original diner, the Dwarf Grill, later called the Dwarf House, in an Atlanta suburb in 1946. After testing hundreds of recipes, he created the recipe for the original chicken sandwich with two pickles on a toasted butter bun in 1964. Three years later, Cathy founded and opened the first Chick-fil-A in Atlanta’s Greenbriar Shopping Center.