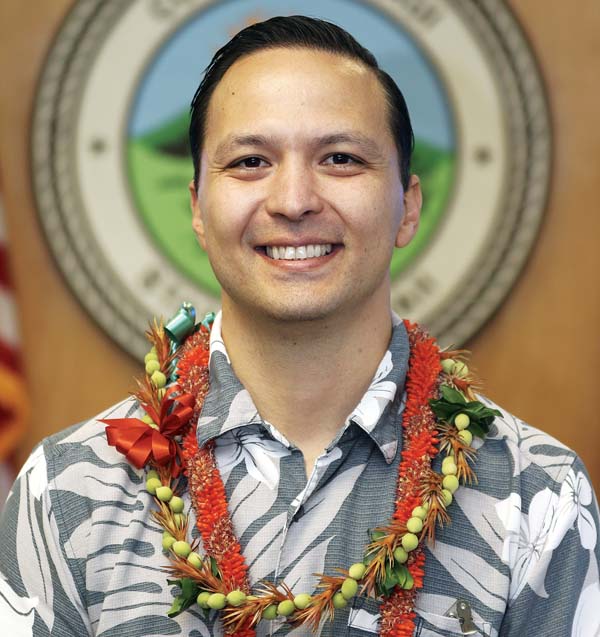 WAILUKU — Maui County Clerk Josiah Nishita said Friday that he recommended that all Maui County Council members be informed about the installation of covert security cameras in Council Chambers and that his office was not the driver of the controversial project.

“I agree (the cameras) shouldn’t be public information, but all the members should know and staff on the eighth floor,” Nishita told council members after hearing comments about the project during an informal Council Chair’s Meeting on Friday afternoon in Council Chambers.

This was the first time Nishita has spoken publicly about the $8,000 project to install covert security cameras in Council Chambers with the intent to monitor an active shooter or hostage situation. The cameras were kept secret from other council members and the public by then-council Chairwoman Kelly King.

The four video recording cameras with no audio capabilities were installed briefly in Council Chambers late last year before being disconnected days later.

King authorized the purchase order and was the sole member with prior knowledge of the camera project. She has said that she was following recommendations from the Office of the County Clerk and the Office of Corporation Counsel’s Risk Management Division to assist law enforcement and for security.

“I was told not to by the Clerk’s Office,” she said. “He (Nishita) was explaining to me the whole project. His exact words were ‘No one’s supposed to know.’ ”

A member of King’s staff said that the Risk Management Division also told the council member’s staff not to disclose the cameras.

On Friday, Mark Middleton, a safety specialist with the Risk Management Division, said that he was told that all council members would be made aware of the cameras.

He said knowledge of the cameras should have been kept with council members, but not their staff members, who could leak the information to the public.

He said the division did not manage the camera project, nor did it approve the project, but just facilitated the work.

The server from the cameras, which held the images, was installed in King’s office in late November or early December, council Chairwoman Alice Lee said earlier this month.

King has said that she was out of town when the installation took place. When the installers showed up with the server and asked where to put it, a staff member said in King’s office.

Nishita told council members he believes misunderstandings occurred but emphasized that he did advise that members be made aware of the cameras. He also said that he agreed with the intent of the cameras for safety purposes.

The cameras have been removed and inactivated. Nishita will be leaving the Clerk’s Office to become deputy managing director at the end of the month.

She did say during discussion of the cameras Friday that she thought signs should be posted about their presence.

“This project . . . was presented to me as a totally safety issue,” King said, adding that she was advised to keep it secret.

She could did not respond to a request for comment Friday evening.