‘We are in a pickle,’ says council chairwoman 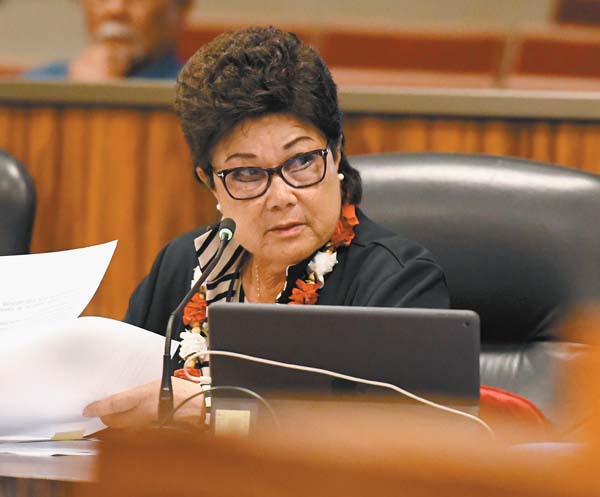 ALICE LEE – Working to get candidates lined up

She called the situation a “serious bind.”

Former Maui County Clerk Josiah Nishita and his deputy, Maggie Clark, resigned their posts last month and are now headed for positions in the administration of Mayor Michael Victorino. The resignations may have been the tipping point for the council as it unseated Kelly King as chairwoman last month.

Initially, Victorino gave the council until Jan. 15 to find replacements, but Lee said Monday afternoon that Victorino has been “flexible” and has extended the deadline until Jan. 31 for Nishita and Clark to continue in their old positions.

After Jan. 31, Nishita will be deputy managing director and Clark will head to Victorino’s budget office, Lee said. 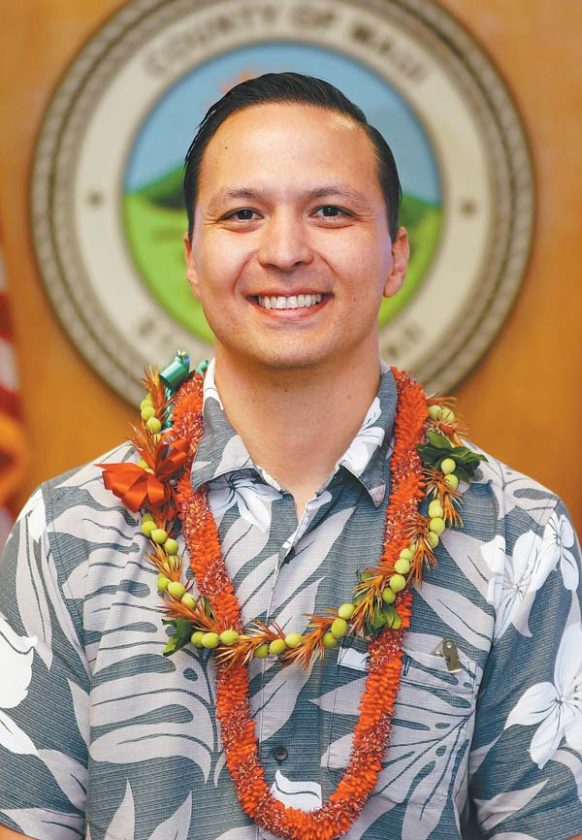 Maui County Assistant Communications Director Chris Sugidono said Monday that Nishita is scheduled to serve as county clerk until Jan. 31 and Clark in her old position until at least Jan. 15.

Nishita declined to comment on his resignation and Clark could not be immediately reached for comment Monday.

Those who work in the council offices and with the council said King had issues with staff at both the clerk’s office and Office of Council Services. They offered their assessments anonymously for fear of possible retaliation. King disputed those assessments.

Council members at a meeting Dec. 27 voted 7 to 2 to elect Lee as new chairwoman. Those voting against were King and Council Member Shane Sinenci.

The departures of the leaders in the clerk’s office come in an election year with the primary election on Aug. 8 and the general election on Nov. 3. This year also will feature for the first time elections by mail.

“We are in a serious bind here,” Lee said Monday afternoon. “The mayor knows we are in a pickle, he’s trying to be flexible and help us out.”

To compound the situation, Lee noted that the elections administrator in the Office of the County Clerk also recently retired, leaving a larger management void.

“Every day (without a clerk) pushes us back. So I would say we are going to be moving on this as super quickly as we can,” Lee said. “And by the time we have our chair’s meeting, I’m hoping to have some viable candidates to present to the council members for their consideration.”

Then at a formal council meeting, official deliberations and a vote can be taken on a new clerk and deputy clerk, she said.

Lee is planning to have the chair’s meeting on Jan. 24, when no legislation will be handled but council operational matters will be discussed. This includes possibly relocating the clerk’s Elections Division to the David K. Trask Jr. Office Building next door to the Kalana O Maui building.

Lee said there is not enough room in the Kalana O Maui building and the county Liquor Control Department space in the Trask building would be a good spot. The department will be moving to the new Maui County Service Center in Puunene, though administration officials have said that the second floor where the department will go will not be completed until mid-2021.

Lee said preparations already are getting underway for the elections with staff soon to be sent to Oahu for training. She also noted that the council chair’s meeting normally is held in the council’s committee room on the 7th floor in the county building, but the space won’t be available with the county clerk’s Elections Division moving in.

The chair’s meeting is open to the public and will be held in Council Chambers instead, Lee said.

The Office of the County Clerk has a Legislative Division, which serves as one of two support agencies for the County Council, and an Elections Division, which is responsible for the elections in Maui County and County of Kalawao on Molokai. It assists the state Office of Elections in meeting all federal, state and county election requirements and in the implementation of programs to increase voter registration and participation, according to its website.

The state Office of Elections on Monday said it had no comment on the Maui situation regarding the clerks.

Lee said it could be easier to find a replacement for Nishita and Clark within the “system” because of the familiarity with how the Office of the County Clerk works.

She said the appointments could be temporary, if need be, through the upcoming elections. The council could then seek a longer term solution.

“But then again, I don’t know, we might get really lucky,” she said.

Sugidono said via email that the administration puts its faith in the council to “do their due diligence in finding qualified and capable replacements.”

“We believe the integrity of Maui County’s elections system must always be protected, and we will provide whatever support we can to the council,” he said.

Westboro Baptist Church members Gabriel Phelps-Roper, 10, and his sister Grace Phelps-Roper, 13, both of Topeka, Kan., protest at the funeral of Marine Lance Cpl. Matthew A. Snyder in Westminster, Md., on March 10, 2006. The church, labeled as a hate group by some national organizations, says that it plans to picket in front of Maui High School on Friday to protest a transgender athlete playing on a girls volleyball team. AP file photo

Justin Thomas waves to the gallery after sinking a birdie putt on the Kapalua Plantation Course’s 10th hole Sunday en route to winning the Sentry Tournament of Champions for the second time in four years. The Maui News / MATTHEW THAYER photo

Xander Schauffele tees off on the Kapalua Plantation Course’s first hole Sunday during the final round of the Sentry Tournament of Champions. The Maui News / MATTHEW THAYER photo

Galu and Diane Tagovailoa watch as their son, Alabama quarterback Tua Tagovailoa, announces his intentions to declare for the NFL draft on Monday.

ALICE LEE – Working to get candidates lined up