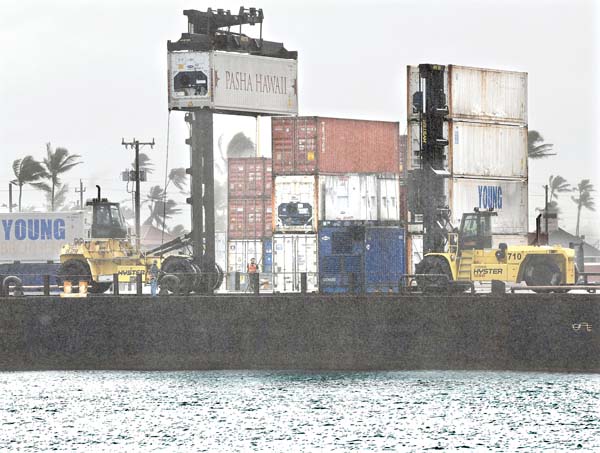 A pair of Young Brothers lift operators load shipping containers onto the barge Ho’omaka Hou during a windblown rain squall at Kahului Harbor on Thursday afternoon. The Ho’omaka Hou was scheduled to leave the harbor Thursday night, under tow from one of Young Brothers’ new $20 million tugboats, the Kapena Jack Young. The Maui News / MATTHEW THAYER photo

WAILUKU — Testifiers on Tuesday night were strongly opposed to Young Brothers’ request for a general rate increase of 34 percent, saying it would have “astronomical impacts” on farming communities and local businesses.

During a public hearing before the state Public Utilities Commission that drew more than 40 people to the Velma McWayne Santos Community Center, 12 Maui County residents and business owners spoke for an hour on how the burdens of a price hike would fall on the community.

“We are writing to oppose Young Brothers’ proposal to increase shipping rates,” said James Gomes, vice president of Hawaii Cattlemen’s Council Inc. “We appreciate Young Brothers being open to communication in finding solutions, but there are still many concerns we have regarding proficiency for customer service. A price increase is not ideal in most situations.”

Gomes said that the HCC is composed of five county-level Cattlemen’s Associations, which include more than 150 ranchers who represent more than 60,000 beef cows, over 75 percent of all beef cows in the state, and a price increase would be “detrimental for all interisland shipping.”

Ranchers are the stewards of more than 25 percent of Hawaii’s total land mass, so “it’s unreasonable to burden customers with such a large increase at one time,” he added. 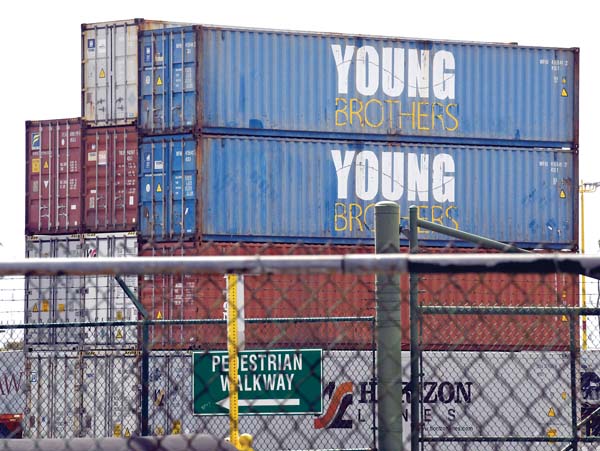 Gomes suggested that rates should slowly rise over time, otherwise small businesses and stakeholders in the food industry may quickly fail.

PUC Chairman James Griffin said Tuesday that commissioners will determine at a later date whether the proposed revenue increase of 34 percent in the 2020 test year and the requested return on equity of 10.7 percent are reasonable, while also taking into consideration public testimony. Young Brothers expects the rate increase to generate an additional $27 million on top of its current intrastate revenues, which are expected to be nearly $79 million in 2020.

Young Brothers is hopeful for a decision by the PUC by August or September.

Dean Nishina, executive director for the state Department of Commerce and Consumer Affairs’ Division of Consumer Advocacy, said that “we are already engaging” by requesting data and further information from Young Brothers.

Following public testimony, Nishina said that the DCCA will be submitting recommendations and an evaluation to the PUC. 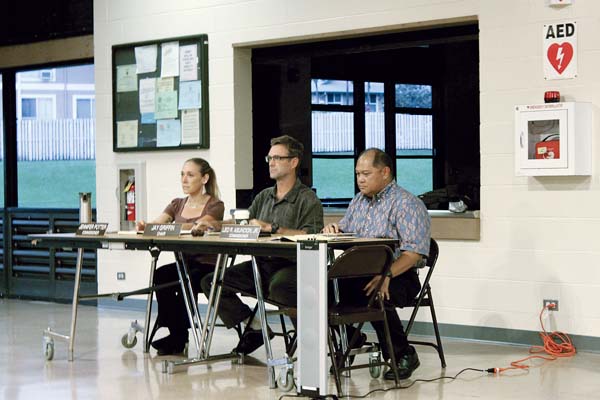 The interisland shipping company, which operates between Oahu, Hawaii island, Kauai, Maui, Molokai and Lanai, filed a request on Sept. 25 saying that the rate hike is necessary because of increased operating expenses, replacement of aging vessel fleet and equipment, continuing decline in intrastate cargo volume and an increase in the proposed cost of capital.

“Young Brothers is essential to Hawaii’s economy, and what we do affects nearly every business, every person, every day in Hawaii,” said Sandra Larsen, the company’s vice president of legal, regulatory and governmental affairs. “We are committed to providing our customers with safe, reliable, efficient, economical and environmentally responsible service.

“As a company, we also understand that any increase in rates will have a real impact on you — the customers and communities we serve,” Larsen added.

Young Brothers ships cargo of all sizes, from household goods to vehicles to livestock, and also charters whole vessels. Each year, there are 156 barges to Maui, plus 26 auto barge sailings, as well as 104 barges to Molokai and 52 to Lanai.

According to Young Brothers, the company’s annual cost to operate is $130 million, and since 2016, it has spent $15.6 million each year to maintain its facilities, vessels and equipment. 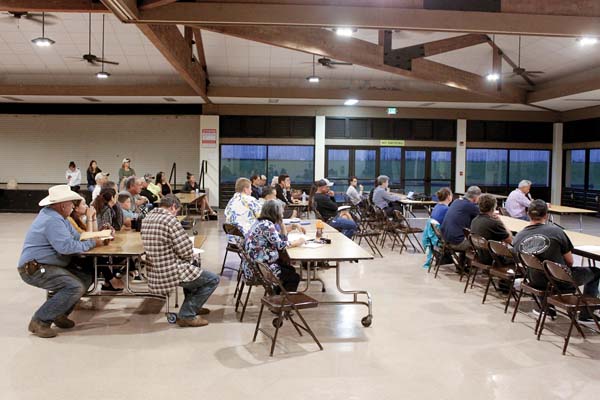 In the future, the company hopes to invest in new items like ramps, lifts and hustlers, which cost about $3 million. Vessel and harbor improvements would cost $2.8 million and shoreside fleet equipment — containers, platforms, reefers and chassis — would total $2.7 million.

In 2019, Young Brothers invested $80 million in four Kapena class tugs. Each of the 123-foot long tugs cost $20 million. They are powered by two General Electric engines that produce more than 6,000 horsepower, burn less fuel and are 50 percent more powerful than the engines on the former tugs, company officials said.

If Young Brothers’ application is accepted, the estimated cost to ship a compact car would increase by $66.34, a full dryer container would rise $250.50 and a minimum mixed-cargo with a volume of 40 cubic feet would rise $29.08.

“Steadily increasing operational costs and nearly eight years with no significant boost in revenue makes it necessary for us to reset our rates,” Larsen said. “This proposed increase will place Young Brothers on a more sustainable path for the future, ensuring that we can continue to provide this critical service connecting our island communities.”

However, members who attended the meeting on Tuesday night felt otherwise, raising concerns over how increased shipping prices would affect not only Maui County communities, but groups statewide, such as canoe clubs and the equestrian community, which involves polo, rodeo, county fairs, farming and more.

“Intrastate transportation is the lifeline of . . . Neighbor Island agriculture. While it’s not the only challenge facing agriculture today, it is one that has created the most difficulty for most farmers and ranchers,” said Warren Watanabe, executive director of the Maui County Farm Bureau. “It is most certainly the tipping point that forces farmers and ranchers to downsize or simply leave the industry.”

William Jacintho, president of the Maui Cattlemen’s Association, added that the Young Brothers should focus more on improving its loading/unloading procedures before price.

“We’ve been working with Young Brothers for several years to improve shipping practices for the livestock industry,” Jacintho said. “There are several easy, fixable, ongoing issues that keep occurring and we are patiently working with them regarding safety and efficiency when shipping cattle and other livestock, such as goats and horses.”

“I’m speaking in opposition to this because it’s not only a ludicrous price increase for any business, but it’s also bad business,” said Kihei Ice owner Mike Wildberger, who suggested a gradual 4 percent increases instead. “I make ice, everybody has a recipe, we have to do a good job every day. If you go to my factory now, it’s the same price as it was 20 years ago, meanwhile doubled my employees’ wages. So I don’t want to hear that it can’t be done.”

Molokai resident Stacy Crivello, a former Maui County Council member who is now a community liaison in the Mayor’s Office, said that the island’s concerns were no different during its public hearing in Kaunakakai on Monday night.

With fewer options for shipping on the island, Molokai residents rely more so on Young Brothers to supply large materials like lumber.

The 34 percent increase “will not help,” Crivello said. “The problems we face today are high costs of living. I truly can understand the necessity to meet your expenses with operations, especially when you have employees and trying to modernize your fleets. . . . But can you imagine what kind of impact on how this will further increase the costs of building affordable homes for our people?”

Haiku resident Stan Franco spoke on behalf of working families and small businesses, adding on to the affordable housing conversation.

“We at Young Brothers take seriously our responsibility to safely and efficiently transport our customers’ cargo, especially the livestock that we carry between the islands,” she said via email. “Young Brothers remains committed to continuing our close collaboration with the livestock industry to optimize our practices and ensure the safety and well-being of the livestock we have been entrusted to transport on our vessels.”

Written public comments on Young Brothers’ proposal may be submitted to puc.comments@hawaii.gov.

Collin Morikawa chips onto the 10th green during the first round of the Sony Open on Thursday at Waialae Country Club. He shot 5-under 65. AP photos

Justin Thomas hits from rough along the 13th fairway at Waialae Country Club during the first round Thursday.

Michelle Wie hasn’t played on the LPGA Tour since withdrawing from the KPMG Women’s PGA in June. AP file photo

As palm trees blow in the wind, Patrick Reed hits from the 11th tee during the first round Thursday.

A pair of Young Brothers lift operators load shipping containers onto the barge Ho’omaka Hou during a windblown rain squall at Kahului Harbor on Thursday afternoon. The Ho’omaka Hou was scheduled to leave the harbor Thursday night, under tow from one of Young Brothers’ new $20 million tugboats, the Kapena Jack Young. The Maui News / MATTHEW THAYER photo