Jan Dapitan was ‘force of nature’ for environment and social causes 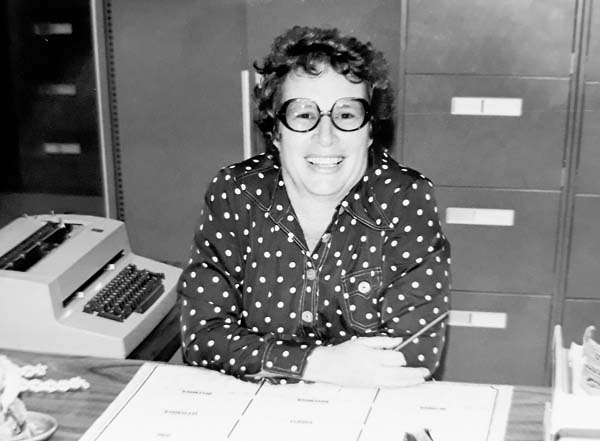 Jan Dapitan, who was director of the county Department of Parks and Recreation, is shown at her desk in this photo taken in the mid-1970s. Dapitan, 84, died Dec. 30 after a five-year battle with cancer. Photos courtesy of Jan Dapitan’s family

“She made Maui beautiful, and her brightness will continue to shine through the ages.”

Eulogizing community leader Jan Dapitan, who passed away Dec. 30 after a five-year battle with cancer, former student and close friend Kathy Bott Pratt continued, “She will live on forever in those of us who were lucky enough to come under her spells.”

Linda Takita, founder of Maui Youth Theatre (now known as Maui Academy of Performing Arts), credits Dapitan as the key person responsible for the theatre’s establishment as a county after-school program in 1974, three years before it became an independent nonprofit organization.

“Knowing Jan, she’s in heaven promoting another program that will make the world a better place for everyone,” Takita said in a Facebook post.

Another close friend, who requested anonymity, wrote, “She had the rare gift of being able to bring and hold us all together, in service of one another. . . . She really was a force of nature — energetic, formidable, unstoppable, unforgettable.” 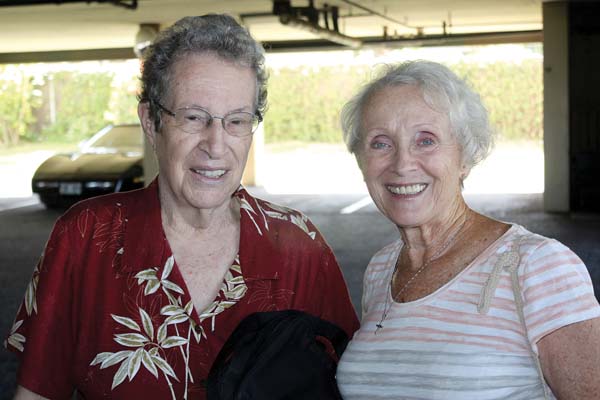 Jan Dapitan (left) is shown with Linda Takita in this photo taken in 2017. Takita, founder of Maui Youth Theatre (now known as Maui Academy of Performing Arts), credits Dapitan as the key person responsible for the theater’s establishment as a county after-school program in 1974.

Mayor Michael Victorino, in a press release from his office, extended his condolences to Dapitan’s family and friends, calling her “a great, inspirational community leader with an enduring commitment to protecting Hawaii’s environment, especially its beauty.”

Born Marilyn Janet Miller on Aug. 10, 1935, at Mitchell Dam, Ala., her commitment to social service and community action began with the Birmingham bus boycott sparked by the December 1955 arrest of Rosa Parks. Defying her parents, she refused to cross the picket lines, choosing instead to walk a considerable distance to her teaching job and proudly marching in protests with Dr. Martin Luther King Jr.

She arrived on Maui in 1966 as Janet Murchison, a recent divorcee and former teacher at Kamehameha Schools on Oahu. After several years of teaching physical education and health at Baldwin High School, she was appointed director of Maui County’s Parks and Recreation Department by Mayor Elmer Cravalho. She also served the county as a program planner, volunteer action coordinator and director of recreation, and in 1983 was named Parks Department Employee of the Year.

During decades of government service, she coordinated and supervised numerous major projects, including Wailuku Community Center (later renamed the Velma McWayne Santos Community Center) and the Kihei Community Complex, composed of the Kihei Youth Center, Kihei Community Library and Kihei Arts Council. Maui Youth Theatre and Adopt-a-Park were just two of the many programs she created through the department.

But the highlight of her county work came early in her career, in 1971. As her close friend Elizabeth Aulsebrook recalled, “She was working for Parks and Rec and she was at a beach park site where there was this handsome Hawaiian man operating a bulldozer or some kind of heavy equipment. They both looked at each other and that was it!” Charles Dapitan Jr. and Janet Murchison married in September 1972 and enjoyed 25 years together before Charlie passed away in 1997.

In that same year, she became Hawaii state leader for Keep America Beautiful, while continuing the extensive local initiatives she instituted more than a decade earlier, as a founding board member of Community Work Day. Originally a program of the state’s Office of Litter Control, Maui’s Community Work Day eventually evolved into a 501(c)(3) nonprofit organization, Malama Maui Nui.

She was instrumental in creating Hawaii’s Environmental Court, one of only two state environmental courts in the U.S., and was honored for her efforts in April 2017 with the dedication of a bench, made entirely of recycled plastic, at Hoapili Hale, the 2nd Circuit Court building in Wailuku.

In recognition of her extensive contributions over three decades of tireless community action, Dapitan received the 2015 Mrs. Lyndon B. Johnson Award, the highest volunteer recognition awarded by Keep America Beautiful.

Other honors included the Maui High School Foundation’s Saber Spirit Award in 2011, for her efforts to preserve and restore the Old Maui High Hamakuapoko campus and its history, and inclusion in The Maui News’ People Who Made a Difference in 2002.

A celebration of Jan Dapitan’s life will be held at the Velma McWayne Santos Community Center (“another of Mom’s babies,” said Kela Murchison) on Tuesday. A reception will begin at 4 p.m. and the program will start at 5.