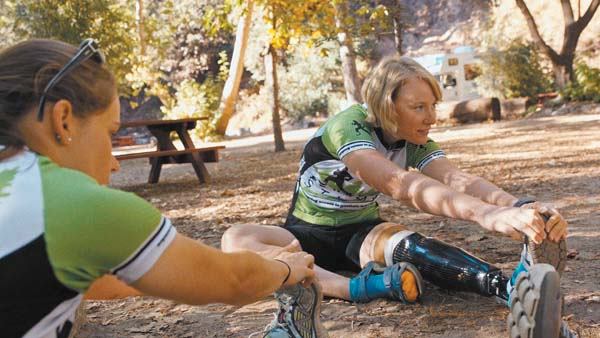 Nicole Ver Kuilen is shown in a shot from her documentary “1500 Miles,” which made its Hawaii debut Jan. 21 in Kaanapali. Ver Kuilen, who spoke that same day during a prosthetics and orthotics conference in Kaanapali, completed a two-month, 1,500-mile triathlon from Seattle to San Diego in a limb made for walking only. Her goal through her nonprofit, Forrest Stump, is to make prosthetic technology accessible for all amputees. Forrest Stump photos

KAANAPALI — Losing a limb is one thing, but being crippled by insurance systems is quite another, according to athlete, amputee and advocate Nicole Ver Kuilen.

Ver Kuilen, 28, who’s known for completing a 1,500-mile West Coast triathlon a few years ago in an insurance-mandated prosthesis built only for walking, spoke last week in Kaanapali about the lack of access to proper prosthetic devices for the majority of people who need them.

“We’ve reached this point now where amputees are no longer disabled by their condition, but we’re disabled by the policies that are put in place,” she said.

Insurance policies say that having access to something waterproof is a “convenience item,” running is not “medically necessary” and having an ankle that bends is considered “vanity.” Even technology that’s been around for more than 20 years is considered “experimental,” Ver Kuilen said during her talk, “How Do We Expand Access to Prosthetic Technology From the 1 Percent to the 99 Percent?”

Ver Kuilen, who last year won her first paratriathlete national title, was among dozens of speakers at the 2020 U.S. ISPO Pacific Rim Conference for prosthetists and orthotists, technicians, orthopedic surgeons and other medical professionals, held Jan. 19 through Wednesday at Sheraton Maui Resort & Spa. 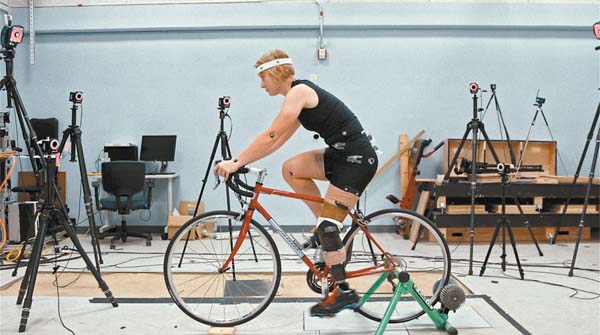 The award-winning short documentary on her ultratriathlon from Seattle to San Diego, “1500 Miles,” had its Hawaii premiere during the conference.

In Hawaii, lower-limb prostheses can range in price from about $9,000 to $65,000, depending on the amputation level and device design, according to Medicare estimates in a Prosthetic & Orthotic Associates of Hawaii report.

“Most private insurance will be reimbursed at a rate below that,” prosthetist and orthotist Cameron Lehrer, Oahu-based Prosthetic & Orthotic Associates of Hawaii owner, said Jan. 21 at the conference.

In fact, Hawaii is the only state where insurances do not cover microprocessor knees, which help mitigate falls for amputees, according to prosthetist Stan Patterson, another Prosthetic & Orthotic Associates of Hawaii owner.

Hawaii’s bulk of the lower-limb amputee population is those with diabetes, and the state’s incidence of diabetes is on the higher end compared with other states in the U.S., the group said. Also, Hawaii’s diabetes rates have been increasing over the last two decades.

In Hawaii hospitals, 710 amputations for various reasons were performed in 2014, according to the most recent data by the Amputee Coalition.

About 2 million people in the U.S. are currently living with limb loss and an estimated 185,000 amputations per year occur, the coalition said. This number is expected to double by 2050 due to rising diabetes and vascular disease rates.

The major causes of amputations are vascular disease (54 percent), including diabetes and peripheral arterial disease; trauma (45 percent); and cancer (less than 2 percent).

Eighteen years ago Jan. 21, Ver Kuilen, at age 10, had her leg amputated below the knee due to a rare bone cancer.

She has made it her life’s goal to expand access to prosthetic technology for all amputees and helped found Forrest Stump, a nonprofit advocacy organization with the same mission.

Ver Kuilen said during her talk that mass media has glamorized prosthetic technology, and Fortune 500 companies leverage by aligning brands with prosthetic success stories and devices. Some media reports go so far as to question whether people willingly amputate in order to gain a bionic limb.

“I mean, who here would trade any of your legs for any of the prosthetic technology you’ve seen during this conference?” she said. “There is no present technology out there today that can fully replace a human limb and it is alarming that our country is more concerned with the unfair advantage of a small amount of people than the unfair disadvantage the majority of us face on a daily basis.”

The average consumer does not realize how inaccessible and expensive prosthetic technology can be for the majority of amputees. With the exception of military individuals and Paralympic athletes, 99 percent of amputees living in the U.S. don’t get waterproof, running and other essential devices, Ver Kuilen said.

“This is not to say that the military and Paralympic athlete amputees are not deserving — they are deserving of access to prosthetic technology, but it’s the way in which our resources, our funding, our policies have been made that have perpetuated access for these select few and not granted access to the majority of amputees that are out there,” she said. “We need to focus on the real problem at hand, which is the unfair disadvantages that amputees are facing.”

Nicole Ver Kuilen is shown in a shot from her documentary “1500 Miles,” which made its Hawaii debut Tuesday in Kaanapali. Ver Kuilen, who spoke Tuesday during a prosthetics and orthotics conference in Kaanapali, completed a two-month, 1,500-mile triathlon from Seattle to San Diego in a limb made for walking only. Forrest Stump photo 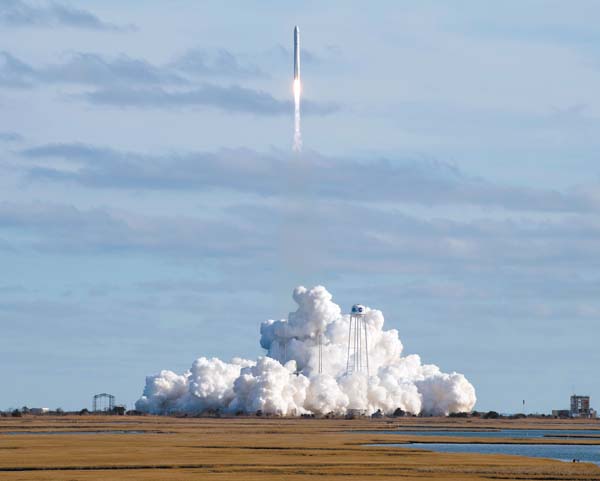 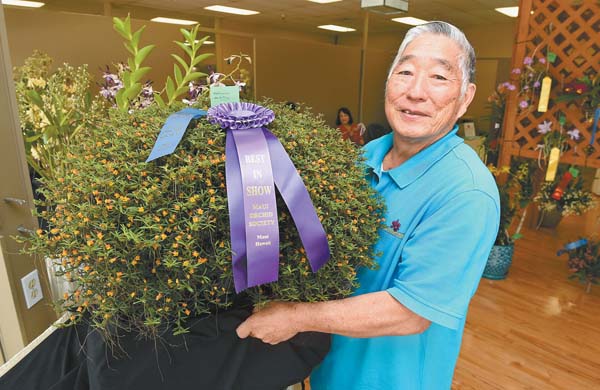 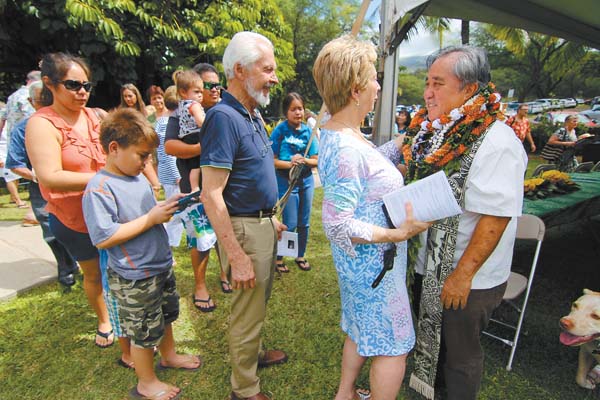