10 years in prison ordered for crime spree, even in jail 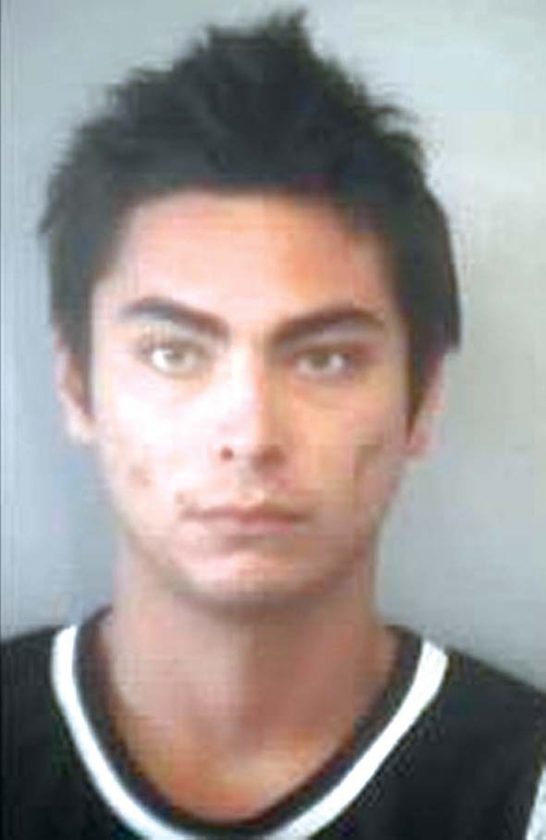 WAILUKU — A 10-year prison term was ordered Tuesday for a Makawao man who knocked another man unconscious and stole his car, burglarized a home and drove stolen vehicles during a crime spree that continued even while he was in jail.

Cy Ribucan, 24, agreed to the prison term as part of a plea agreement with the prosecution for crimes he committed from June 2016 to March 2018.

In five criminal cases, Ribucan had pleaded no contest to a reduced charge of second-degree robbery, as well as first-degree burglary, first-degree promoting of prison contraband, three counts of unauthorized control of a propelled vehicle and second-degree theft.

Other charges were dismissed in exchange for his pleas.

“He’s a young man that had a very serious drug addiction at the time these crimes were committed,” said his attorney, Elizabeth Cuccia. “While that is no excuse for what he did, it is part of the picture.”

Second Circuit Judge Peter Cahill asked why Ribucan submitted a diluted urine sample when he reported for a drug test last month after he had been released from jail on supervision.

“Well, I did have the flu,” Ribucan said. “They could have tested me again.”

“You’re coming in and lying to me,” Cahill said. “Why should I follow the plea deal?”

Cuccia said the deal was fair, with issues of identifying Ribucan in some of the cases.

The crimes began in June 2016 when he approached a man at Wiki Wai Car Wash in Kahului and asked for a ride.

After the man refused, Ribucan “knocked him out,” then got into the victim’s car and drove away, Miyashiro said.

She said the victim fell to the ground, hitting the back of his head on the asphalt. He suffered internal bleeding and a skull fracture, she said.

At the time, Ribucan was 21 and would have been eligible to be sentenced to eight years in prison as a young adult offender, Miyashiro said.

She said a few months later, after a motorcycle was stolen from Baldwin Beach in December 2016, Ribucan was seen operating the motorcycle in January 2017.

In March 2017, a man reported his home in Hana was burglarized and his 2007 Jeep Liberty was stolen. The next day, Ribucan was found in the vehicle, which also contained property stolen from the residence, Miyashiro said.

She said after another motorcycle was stolen in June 2017 while parked in front of Kula Bistro, the owner posted images on Instagram and received messages that the vehicle was seen in the Paia area with Ribucan operating it.

After being arrested in November 2017, “the defendant was in custody, but he couldn’t seem to stay out of trouble,” Miyashiro said.

Ribucan was at the Maui Community Correctional Center on March 30, 2018, when he was seen dropping items and kicking them before walking away. An adult corrections officer checked on the items, which turned out to be marijuana and methamphetamine, Miyashiro said.

Ribucan’s parents and girlfriend spoke in court Tuesday, saying he had made mistakes.

“I don’t know how I got myself into this,” Ribucan said. “I’m not normally a bad person. I don’t want to commit crimes.”

“Do you understand how bad what you did is?” Judge Cahill asked.

“There’s nothing I can do to take it back,” Ribucan said. “I will never do it again.”

In following the plea agreement, Cahill said Ribucan’s age and drug use didn’t excuse what he did.

“It’s more than just wrong when you hurt other people,” Cahill said. “Once you get beyond the drug possession into violent crime, where you’re hurting people, then it’s no longer a rehabilitation issue. Then it has to be a punishment and safety issue.”

Ribucan was ordered to pay $1,000 in restitution.

* This story published Wednesday, February 12, 2020, has a correction from the original.