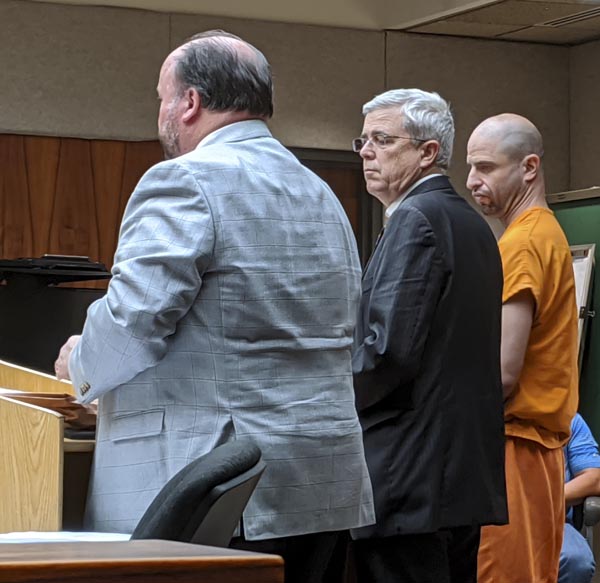 WAILUKU — A man charged with attempted murder in a stabbing last week at a Kihei condominium will ask to be examined for his mental fitness, his attorney said Monday.

Phillip Schorvitz, 44, who gave a Napili address, also was charged with assaulting a Wailea store employee and pepper-spraying a woman in crimes occurring Jan. 28 from Wailea to Kula.

Police said Schorvitz entered the Tourneau store at The Shops at Wailea at 10:35 a.m. and fled with watches valued at $69,584. As he was leaving the store, he ran into an employee who was knocked to the ground and was later treated for a concussion, police said.

Schorvitz attacked the manager with a knife, police said.

The manager sustained life-threatening injuries and was hospitalized, police said.

After leaving the Kihei property, where Schorvitz previously lived, he drove to another former residence in Kula and broke the rear windshield of a woman’s vehicle and pepper-sprayed her, officials said.

A preliminary hearing for Schorvitz, which been scheduled for Monday in Wailuku District Court, wasn’t held because the case was presented to a Maui County grand jury last week, attorneys said.

His attorney, Cary Virtue, said Schorvitz would seek the mental examinations when he appears in 2nd Circuit Court.