National programs, like the National Jamboree set in 2021, will go on 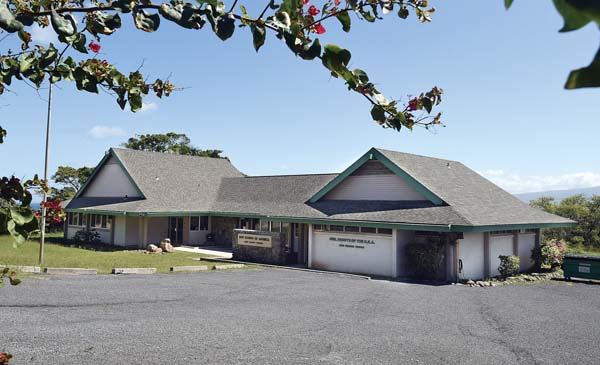 The Maui County Boy Scout office is located on Liholiho Street in Wailuku. This photo was taken Thursday. Officials with the Aloha Council, of which Maui County is a part, said the Chapter 11 filing by the national organization will not affect local packs and troops. The Maui News / MATTHEW THAYER photo

Maui County’s approximately 800 Scouts are not affected by the Boy Scouts of America’s recent bankruptcy filing because the national and local entities are independent of each other, confirmed a top Scouting official in Hawaii.

All the money raised locally stays locally, such as from the annual popcorn sales, Lopez said.

“We don’t get any financial benefit from the national office,” he added.

On Tuesday, the Boy Scouts of America filed for Chapter 11 bankruptcy protection in federal court in hopes of working out a potential compensation plan for victims of sex-abuse who have sued the organization. In turn, officials hope this will allow the 110-year-old organization to survive.

Because the filing is a Chapter 11 reorganization, national programs, such as the next National Jamboree set in 2021, will go on, Lopez said. The Aloha Council is planning to send 40 youths to the national gathering of Scouts, and those Scouts currently are fundraising, Lopez said.

In addition to the lawsuits, the Scouting program also has been dealing with the departure of Church of Jesus Christ of Latter-day Saints Scouting units, which concluded its centurylong partnership with Scouting at the end of 2019. The church said it will create its own, church-specific youth development program this year.

Lopez said the organization still does not have firm numbers yet on which Scouts will depart with the church because the situation remains in transition. Officials have said that while the Mormon church-sponsored units will shut down, individual Scouts may continue in the program.

Lopez believes the council will have a better grasp on actual numbers at the end of March.

The Aloha Council still is working on a girls Scouting program on Maui, Lopez said. It should begin in about two months. Last year, it was determined that girls could join the Boy Scouts program for older youths, which was renamed Scouts BSA.

EDITOR’S NOTE. Personal Stories Behind The Pandemic is a feature The Maui News will run periodically about how ...

Letter about police fake prostitutes was too polite