Health officials: Risk low because he was asymptomatic here 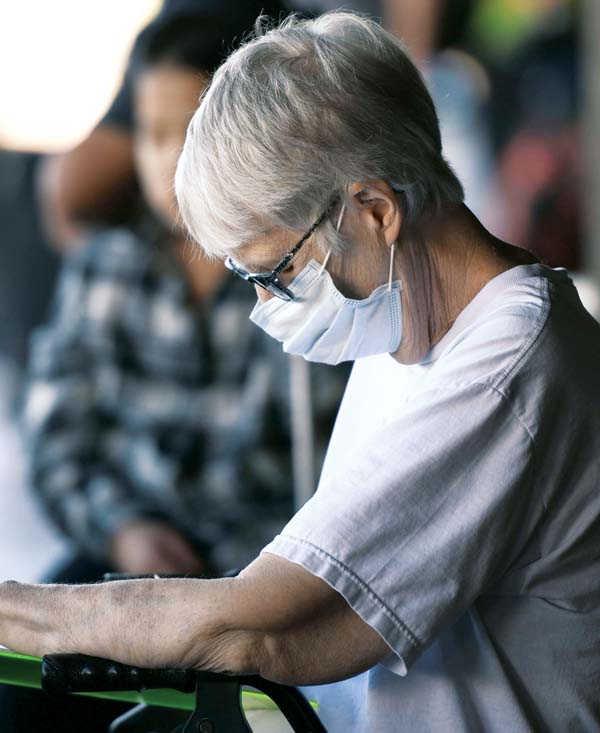 A Japanese man from Aichi Prefecture in Central Japan who visited Maui and Oahu with his wife in late January and early February was confirmed Friday to have the novel coronavirus after returning home, the state Health Department reported.

But because he did not have symptoms while on Maui, from Jan. 28 to Feb. 3, “there is no increased risk on Maui from possible exposure,” said Dr. Sarah Park, state epidemiologist, on Friday. This position was reinforced by Maui County Mayor Michael Victorino and local Health Department officials.

“We doubt there’s anything out there, but we are taking prudent precautions,” said Dr. Lorrin Pang, Health Department Maui District Health officer. “We are aggressively looking for any cases on Maui where this visitor passed through.

“We have to do it quickly and thoroughly to contain any possible spread and protect the public health. Please don’t be alarmed. We’re moving quickly.”

There is greater concern on Oahu, where the man stayed from Feb. 3 to 7 and developed coldlike symptoms but no fever. 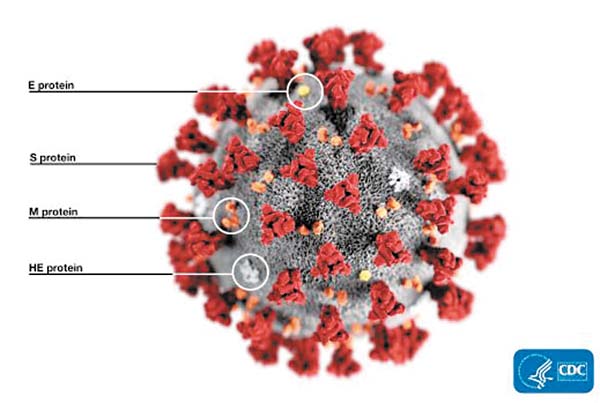 Park said that physicians have been alerted that possible cases may surface sometime before Friday because the onset of the illness generally takes 14 days.

The Health Department is currently trying to gather information about the visitor’s itinerary while on Maui and Oahu, said department spokeswoman Janice Okubo.

The Maui Hotel and Lodging Association is helping to try “to figure out where he was, where he was staying and who he came into contact with,” said MHLA Executive Director Rod Antone.

“We are going down the line of hotels and checking guest lists,” he said. “If we do find something, we will contact DOH and follow their instructions.”

Because the man did not show any symptoms until he got to Oahu, Antone was “hopeful that even though he was here, he wasn’t at a stage to infect people.” 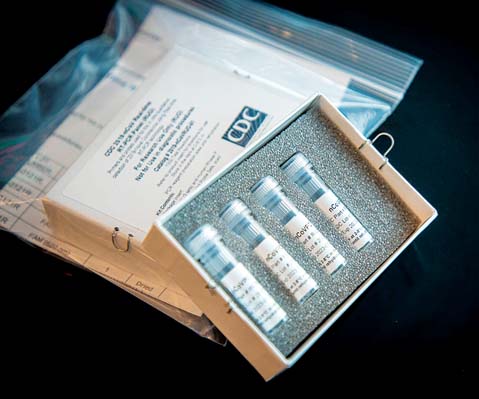 This is a photo of a laboratory test kit for novel coronavirus. — Centers for Disease Control and Prevention photo

“But having said that, we are taking all the precautions,” he said.

The Health Department was notified by the Centers for Disease Control and Prevention about the man, who was confirmed positive for COVID-19 on Friday.

He developed severe symptoms, sought medical care and was diagnosed with the virus after leaving Hawaii and returning to Japan, the Health Department said.

He was traveling with his wife; there was no information about her status, Okubo said. Antone said that the man was 65 years old.

He began developing symptoms on Oahu and stayed at the Grand Waikikian By Hilton. The Health Department said the man did wear a mask at different points while traveling and wore a mask on his flight back to Japan. Okubo noted that masks are effective in preventing the spread of disease.

The fever is an important factor because the visitor was at an earlier stage of the disease. He developed a fever after returning to Japan, Okubo said.

Because of when the symptoms began, officials believe the man became infected in Japan or while in transit, said Park in an Associated Press report.

Okubo said the Health Department is working to track down who the man came in contact with, identify them and possibly have them self-monitor, similar to six others on Maui.

The Health Department told The Maui News earlier this week that six people who traveled to China outside of Hubei province, where the outbreak began, were self-monitoring. They did not have symptoms.

This is a requirement of travelers who have visited China outside of Hubei province within the last 14 days. They are asked to remain at home and avoid work, school, gathering places and public transit. They also check in daily with Health Department staff, and if they develop symptoms, they’re required to immediately report to their doctors.

Okubo and Victorino did suggest that everyone take precautions when dealing with respiratory illnesses, such as not going to public gatherings, work or school and to wash hands often.

“The Department of Health has been expecting and preparing for identifying a travel-related case in Hawaii because of the widepread outbreak in China and other areas of the world,” said Health Director Bruce Anderson. “We are committed to keeping the public fully informed and will continue to provide updates as this situation unfolds.”

The six Maui people who traveled to China outside of Hubei province do not have symptoms and the risk continues to be low, said Okubo.

“They’re all voluntarily complying,” she said of travelers who are self-monitoring across the state. “They certainly don’t want to get any of their loved ones or anyone sick, so they’re all complying to protect their own community.”

Maui and Oahu are the only islands so far with people who are self-monitoring for symptoms. As of Thursday, there were 47 people in Hawaii under self-monitoring — 41 on Oahu and six on Maui, according to the Health Department.

Only one person is currently under mandatory quarantine, which is required of all travelers who have passed through Hubei province, where the virus was first detected. The Hawaii resident, who arrived at Daniel K. Inouye International Airport on Monday morning, had no symptoms and was placed in a 14-day quarantine at Pearl Harbor.

Hawaii has had no confirmed cases of the virus thus far, and nobody in the state is under investigation, which involves testing for the disease.

With Chinese cities in lockdown, cruise ships struggling to offload passengers and cases popping up across the globe, concerns over the virus continue to grow. COVID-19 has led to the deaths of more than 1,300 people and infected tens of thousands globally since it was first detected in Wuhan City in China’s Hubei province in December.

Symptoms include fever, coughing and shortness of breath, and can appear in as few as two days or as long as 14 days after exposure, according to the CDC. The illness ranges from mild to severe.

On Thursday, the CDC confirmed the 15th coronavirus case in the U.S., this time in Texas. Cases have also been confirmed in California, Washington state, Arizona, Wisconsin, Illinois and Massachusetts, according to the CDC.

Honolulu is one of 11 airports in the country accepting travelers coming from China, but even then, there are no direct flights from China to any airport in Hawaii, state Department of Transportation spokesman Tim Sakahara said. One direct, nondaily flight from Shanghai to Honolulu was temporarily suspended on Feb. 3.

“I think it’s also important for people to know . . . the people that are on these planes from China are American citizens, legal permanent residents or their immediate family members,” Sakahara said. “It’s not Chinese visitors or anyone holding a Chinese passport at this time.”

While Maui is the second-most popular visitor destination after Oahu, the island’s lack of direct international flights provides one extra layer of security against the spread of the virus.

“There are no (direct) international arrivals at Kahului Airport,” Sakahara pointed out. “Visitors or returning residents need to be screened through Customs and Border Protection, which is just in Honolulu and Kona.”

Still, doctors with the Health Department and Veterans Affairs made it a point to provide an “informational briefing” last week to 82 Kahului Airport employees, from airport firefighters and custodians to airline and restaurant managers.

“We felt it was important that we get the word out to as much airport employees as possible to be better prepared and be aware that we are in constant contact with people from all over the world each and every day,” said Marvin Moniz, Maui District Airports manager.

Sakahara said that the CDC is taking the lead along with Customs and Border Protection, and “state DOT is just supportive at this point.” Sakahara also said that the Department of Homeland Security isn’t funneling flights to the 11 airports, but rather “funneling passengers.” If a passenger who had traveled through China was headed to an airport outside of the designated 11, they would be directed to fly to one of those 11 airports for processing.

Since Honolulu isn’t really getting those kinds of flights or direct flights from China, “that’s why we typically are less likely to have those passengers, or at least those passengers that don’t have any ties to Hawaii,” Sakahara said.

Meanwhile, at the harbors, the Transportation Department is following the lead of the U.S. Coast Guard, which is not allowing any passenger cruise ships that have been to mainland China in the past 14 days into a Hawaii port. However, there are no regularly scheduled passenger cruise ships from China coming to Hawaii anyway, Sakahara said.

As for any cargo ships coming into Hawaii from China within the past 14 days, all crew members must stay on board until after the 14-day period, if they displayed no symptoms. If they did, they must notify authorities. Again, time and distance play a role in helping to lower the risk to Hawaii.

“In general, cargo ships like that take 14 days to a month just to get from China to Honolulu anyway,” Sakahara said. “So really that 14-day period would likely happen while they’re overseas anyway.”

If there were a confirmed case on Maui, “appropriate medical care would be rendered to each presenting patient,” Maui Health System spokeswoman Lisa Paulson said Thursday. “Should an excess of COVID-19 suspected/actual patients present to MHS, internal protocols as well as Hawaii Department of Health Pandemic Response Plan would be initiated.”

Paulson said that while there is no specific treatment for the virus, any medical care for a confirmed case would focus on symptom management.

State officials emphasized during a news conference Monday that the numbers of self-monitoring or quarantined people would fluctuate, and that more people who have traveled through China will continue to arrive. However, they said that the small quantity of affected travelers is “a good test” for Hawaii to make sure the quarantine system works, and an opportunity to remind people to practice good infection prevention — washing hands, covering coughs and staying home if sick.

“If we start practicing them only when we learn about our first community-transmitted case, then we’re already behind,” said Park.

STOPPING THE SPREAD OF GERMS

The Centers for Disease Control and Prevention offered these tips:

• Cover your mouth or sneeze with a tissue, then throw the tissue in the trash.

• Stay home when you are sick, except to get medical care.

• Wash your hands often with soap and water for at least 20 seconds.