Coronavirus outbreak continues to shake up Maui events and facilities 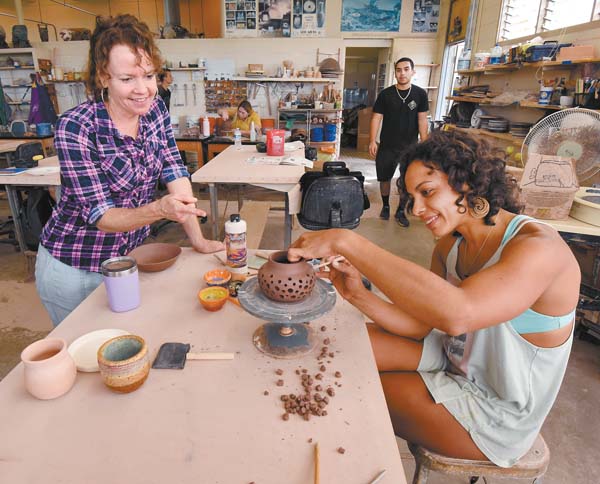 UH-Maui College ceramics instructor Renee Wilcox (left) encourages student Cinthia Pacheco during their last class before spring break Thursday afternoon. While a ceramics curriculum sounds difficult to do online, Wilcox said she plans to do quizzes remotely and has had students take clay home, with the possibility she may have to grade finished pieces by emailed photographs. UH announced that classes after spring break will be done online at least until mid-April. The Maui News / MATTHEW THAYER photo

The Maui News has compiled a list of countywide cancellations, closures and postponements due to the novel coronavirus. This story is updated daily as information is released. Items are listed in chronological order of original schedule date. 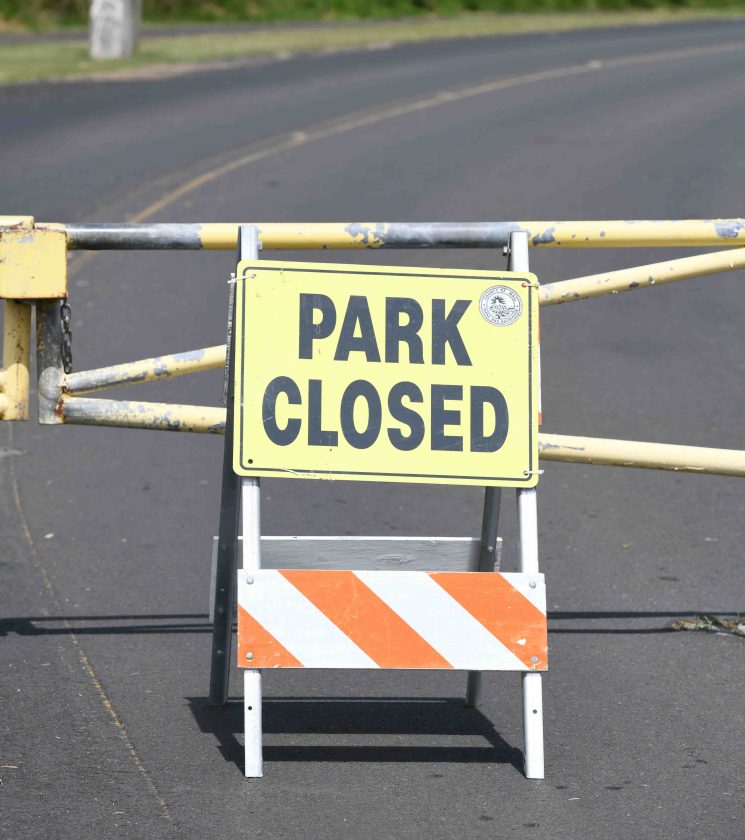 A sign at the entrance to Keopuolani Park is posted March 14. The county announced the closure of its parks for 30 days due to coronavirus concerns. The Maui News / MATTHEW THAYER photo

• AS OF MARCH 14: All Hawaii Wing Civil Air Patrol meetings that are not mission essential are suspended until May 11. Hawaii Wing’s Cadet Program will shift to video teleconferencing in lieu of in-person weekly meetings.

• AS OF MARCH 16: Hawaii State Public Library System said all programs and events will be canceled; all external meetings scheduled in library meeting rooms will be cancelled or rescheduled; and all Bookmobile services will be suspended starting today until further notice.

• AS OF MARCH 21: The weekly Maui Swap Meet on Saturday mornings at UH Maui College will close starting March 21 until further notice.

• MARCH 18: Mayor’s in-person meeting on COVID-19 planned for Wednesday on Molokai has been canceled; livestream will be held at 2 p.m. Wednesday instead.

• MARCH 19: Mayor’s in-person meeting on COVID-19 planned for Thursday on Lanai has been canceled; livestream will be held at 2 p.m. Thursday instead.

• MARCH 28: Maui Preparatory Academy’s grand opening of its Bozich Center for Athletics and Performing Arts on March 28 is rescheduled for Sept. 12.

• MARCH 28: Ho’omau 2020 on March 28 has been tentatively rescheduled for June 27 at Maui Nui Botanical Gardens. Participants should hold on to tickets as they will be honored for the rescheduled date.

• MARCH 29: Maui Federal Credit Union’s annual membership luncheon March 29 at the Maui Beach Hotel is canceled (no food, refreshments, door prizes and gift distribution), but the business meeting portion will still take place at 11:30 a.m. at the hotel. Members who have purchased tickets may request a refund at the main office, 107 East Wakea Ave., Kahului, and will receive a free gift.

• APRIL 3: The county’s Fair Housing Training on April 3 at UH-Maui College is postponed.

• APRIL 4-MAY 2: Malama Maui Nui’s Art of Trash exhibition set for April 4 to May 2 at Maui Mall is postponed.

• APRIL 11: The 2020 Valley Isle Keiki Fest on April 11 at UH-Maui College has been canceled and will resume next year. Vendors and sponsors who have already sent in their participation commitments will be contacted.

• MAY: Maui Matsuri canceled its 20th annual event scheduled at undetermined date in May. It will resume next year.

• MAY 1-3: St. Joseph Feast from May 1-3 at the Makawao church has been postponed. Event officials said they plan to honor all presale scrip and hamburger tickets at the rescheduled dates.