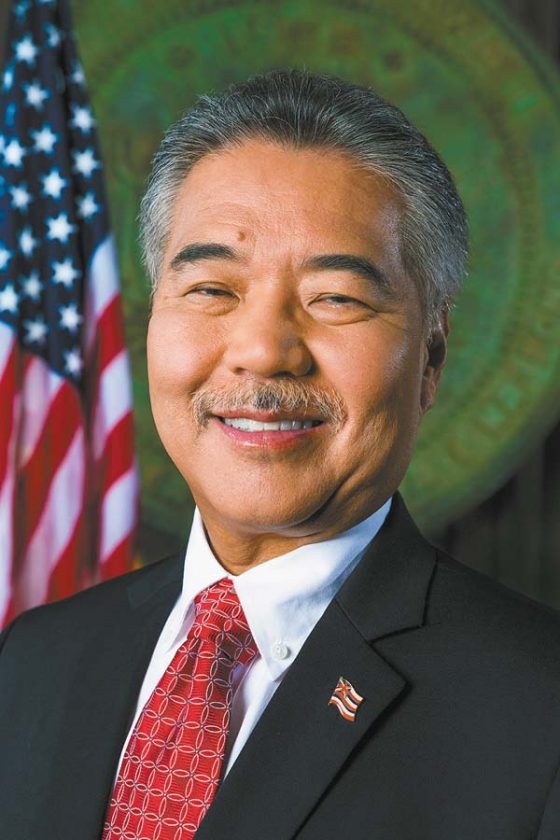 The announcement is the latest in a series of escalating steps that the state and counties have been taking in the face of growing cases that rose from 56 to 77 Monday as labs statewide ramp up testing.

“The threat of COVID-19 is unprecedented, and it requires even more aggressive actions,” Ige said during a news conference in Honolulu on Monday afternoon.

“Yesterday, both Oahu and Maui counties issued stay-at-home orders. We are also in agreement that a statewide order is necessary for cohesion and consistency.”

Ige’s statewide order is similar to Maui County’s in that it goes into effect at 12:01 a.m. Wednesday and lasts until April 30, and only allows for essential functions like seeking health care or buying groceries. 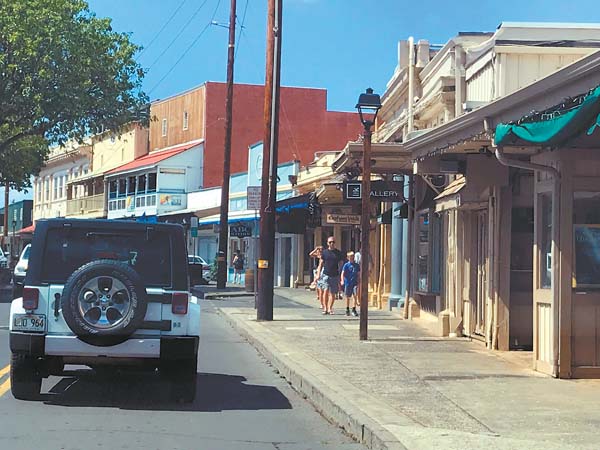 Under the order, all residents must stay at home unless they work in essential businesses or operations. Options for visitors looking to shelter in place could include “hotels, motels, shared rental units and similar facilities,” Ige said.

People can, however, leave home for various needs that include health care; purchasing food, medicine and gas; taking care of elderly, minors or those with disabilities; returning to a place of residence outside Hawaii; picking up educational materials for distance learning; receiving meals and any other related services.

Ige also urged the homeless to seek shelter through the government or other agencies as soon as possible.

He said noncompliance with the new rules is a misdemeanor punishable by a fine of up to $5,000, one year in jail or both, identical to the penalties Maui County laid out in its emergency rules.

Outdoor exercise is allowed under the order, including surfing, swimming and walking dogs on a leash, though all while observing social distancing, Ige said.

However, Maui County beach parks remain closed, county spokesman Chris Sugidono said. Solitary exercise is encouraged, but people will be swimming at their own risk, as no lifeguards will be posted. When asked if people would get in trouble for accessing the ocean through closed county or state parks, Ige’s spokeswoman Cindy McMillan said it wasn’t a simple “yes” or “no.”

“The main thing to emphasize is that people should practice social distancing, whether it’s in the water surfing or getting to the water to surf,” she said. “And the proclamation gives the counties some flexibility in how it’s implemented.”

Maui police spokeswoman Lt. Audra Sellers said that people “shouldn’t be going through the county parks” because they’re closed. However, she said police aren’t out to arrest or fine people; they want voluntary compliance and are more interested in educating people about staying safe. Arrests are a last resort. She also pointed out that there are multiple places for people to access the beach without going through a park.

Ige’s stay-at-home order comes just days after he mandated a 14-day quarantine for all returning residents and visitors via all modes of travel, starting Thursday.

When asked whether waiting until Thursday to start quarantining people was too long, state Department of Health Director Bruce Anderson said Monday that he thought it was “reasonable” to allow people time to change their travel plans, and that no other state is doing what Hawaii has done.

“We’re in a good position here in Hawaii to keep the disease from coming across our shores and affecting us,” he said. “A major challenge now is to be sure that as we’ve closed our doors that we’re not allowing the disease to spread within our community.”

Enforcement will largely rest on the county. When asked how the county would enforce the new rules, Maui County Mayor Michael Victorino said Monday that “I don’t have all the answers to that one because that’s more extensive and broad-based.” He said he’d been spending the last few days getting the departments and facilities ready for the shutdown, and that “once we get all of what the state is intending and where we fall into the chain,” they would put protocols in place.

Sugidono said they’d be working with police, who will take the lead on enforcement. However, he pointed out that the mayor is pushing a “compassionate, common-sense” approach and that police view arrests as a last resort.

“We’re really appealing to the public to work with us,” Sugidono said.

Victorino also said he is looking at ways to quarantine returning residents before they come in contact with their families to help prevent community spread.

The 21 new cases of COVID-19 reported in Hawaii on Monday was the highest single-day spike, but Anderson said the higher numbers aren’t a surprise.

“This is, of course, about twice what we saw yesterday, which is what we expected,” he said. “We expected to see more cases given the increased number of samples being collected and processed and tested. But it does indicate that the virus is still a significant threat to Hawaii.”

In total, there were 53 cases in Honolulu County, 11 in Maui County, five in Hawaii County, three in Kauai County and five with unknown locations.

As of Monday, more than 3,300 tests have been performed by private clinical labs. The state lab, which focuses on the seriously ill, has tested 103 people, as well as 263 in its sentinel surveillance program to determine how widespread the virus may be in the community. All 263 have been negative.

On Monday, Maui County offices closed to the public, though essential and emergency operations are continuing. Maui County Council Chairwoman Alice Lee also announced reduced hours for the County Clerk’s Office. Starting today, the office will provide in-person election-related services to the public by appointment only from 10 a.m. to 2 p.m. Monday through Friday, excluding holidays, until further notice. Office staff will be available to assist the public by phone on those same days from 7:45 a.m. to 4:30 p.m. Call 270-7749 for assistance or to schedule an appointment.

Individual income tax payers who are expecting refunds for tax year 2019 should file as soon as possible. Hawaii residents can file Form N-11 for free at hitax.hawaii.gov.