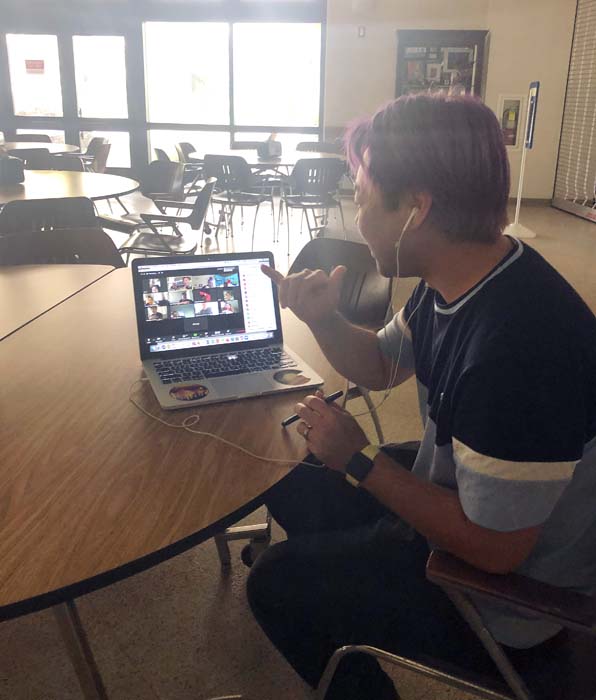 It may take some getting used to, but University of Hawaii-Maui College students and faculty seem to be adapting to the new online delivery of courses, which began Monday as classes resumed after spring break.

Because of the COVID-19 pandemic, the UH system moved its 46,000 students and 9,700 faculty and staff to the online format, at least through early April. UH-Maui College has 2,746 students and 219 faculty, a UH spokesman said.

“Distance learning is going terrific. Our faculty and support staff have been troopers in getting ready for today,” said UH-Maui College Chancellor Lui Hokoana, in an email Monday morning. “All last week our Distance Education Committee provided workshops on how to convert courses to online, sharing best practices and their own personal experiences with the use of technology.”

And just as the college got its online courses running, UH-MC was preparing for a campus closure, following edicts by Maui County Mayor Michael Victorino on Sunday and Gov. David Ige on Monday, who called for mandatory work from home beginning Wednesday. Previously, the campus had been closed to the public, but students and staff were allowed on campus.

“All our services will convert to online starting Wednesday, when we shut down in compliance with the mayor’s order,” Hokoana said. 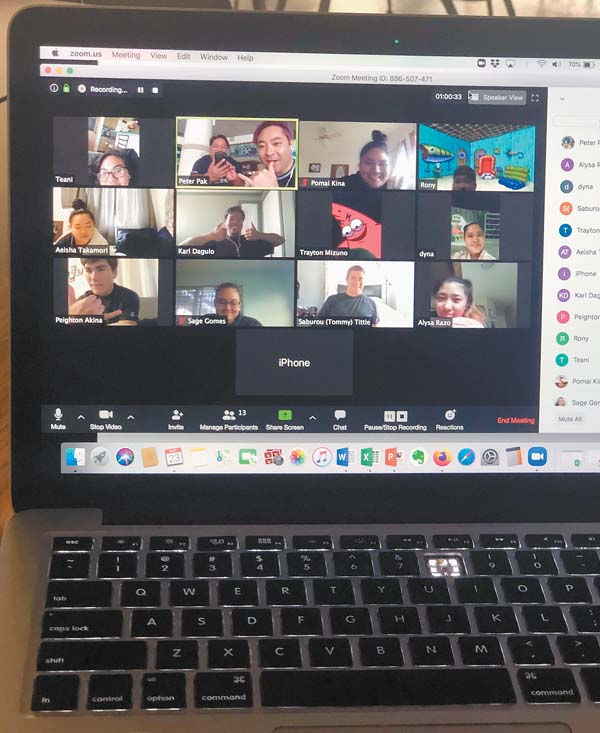 Even with the closure, the college still anticipates offering all courses and services online, he said. Many classes are using Zoom, a web-based video conferencing tool. Students are urged to check the UH-Maui College website for updates.

“I am committed to keeping our staff and students safe and assisting the students to successfully complete the semester.” Hokoana said. “With the cooperation of our students and dedication of our staff, we will accomplish these goals.”

First year student Ani Nitta, 19, of Wailuku, said that other than some technical issues, such as speakers cutting off and background noises from other students, the first day of online classes went “pretty well overall.”

Even before the semester began Monday, the college was “on top of it” by sending students guidelines and instructions on how to work the new systems, as well as helping students who did not have computers or internet access, Nitta said.

She was familiar with online courses, already having taken some, but it was still “a huge transition for both the students and teachers.”

Aaron Veincent, 20, of Haiku said, “It’s going to take a little while to get used to.” He’s worried about getting too comfortable at home.

Even though he previously had taken online courses, Veincent still would go into the classroom if possible. He also worked at a computer lab at the college in Kahului, but now will have to stay at home because of the campus closure.

He’s hoping that faculty will be a little more lenient on the students because of the adjustments that need to be made.

Veincent had one online course Monday, his Hawaiian oli class, but it was canceled. He wasn’t sure why.

On the positive side, Veincent said he doesn’t need to make the trip from Haiku into Kahului.

Like Veincent, business law instructor Lauren Akitake knows there are benefits to being in a classroom; she has taught both online and in-person classes.

“Teaching law is better suited to a live face-to-face class. Seeing whether the students are following me and the back-and-forth discussion is crucial for their understanding of the material,” she said in an email Monday afternoon.

For example, a previous class had discussed the Big Island Candies vs. Cookie Corner trade case. She brought in the cookies to compare and taste test. It helped students engage with the material, she said.

And being together in a classroom allows for much more discussion.

On the other hand, online classes allow students more schedule flexibility. And for now, it offers social distancing while still getting the content to students.

“It’s fun coming up with new ways to engage the students in a different format,” said Akitake, a Wailuku attorney.

She also is thankful that she had weeks to build a “face-to-face relationship” with students prior to going online.

Melissa Kirkendall, an assistant professor of anthropology and the liberal arts program coordinator, told the chancellor in an email that her students “have risen to the challenge” with 90 percent turning in their assignment on time.

She said students had been nervous about the new platform, but “now they are on it.” Even students who would sometimes show up late to class logged on early Monday, Kirkendall said.

The college is offering 470 courses this semester; all but 40 have been converted to online. Hokoana had expected that the 40 courses, which includes automotive, dental hygiene, auto body and nursing, could be taught face-to-face under previous exceptions. But with the mayor’s and governor’s proclamations this week, those courses will be have to taught online.

If the course cannot be done online, students can try and take the class in the summer or fall. If a student has enough work completed in the course, the instructor may be able to issue the student a grade and still meet the course learner outcomes.

The college also is assisting students who do not have internet access from home. Students can borrow laptops from the college; 25 had been loaned by Monday and are due back May 15.

He also said that Spectrum and HawaiianTel can help college students with free internet access.

The college has two open spaces available for computer use, and both had a handful of students.

The bottom floor of the library and study space had about four students at about 9:30 a.m., Hokoana said. The Learning Center, which provides tutoring, had three students as of 10 a.m. Monday.

Counselors were all in their offices, and all were conducting virtual counseling sessions, Hokoana said.

Hokoana said the college still is mulling options for commencement. UH President David Lassner announced last week the cancellation of graduation ceremonies systemwide but left the door open for campuses to come up with other options.

Hokoana sent a note to students saying he will consult with the student government on what to do. Commencement originally was set for May 14. Possible scenarios include holding graduation once the crisis is under control or a fall graduation that would take place in December, Hokoana said.