Mayor warns rules will tighten if beachgoers continue to ignore them 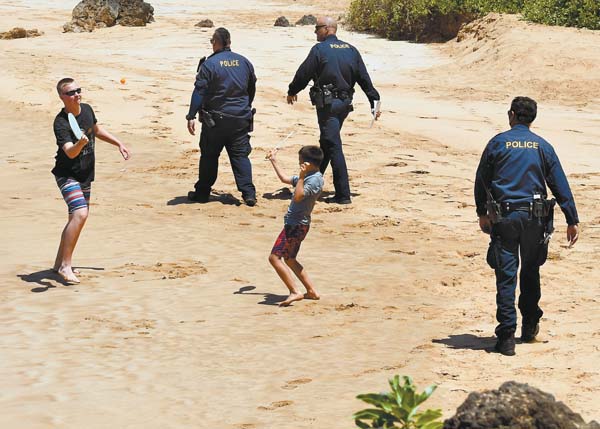 Brothers Reggie Wade, 16, and Khalif Wade, 11, of California’s Bay Area, play paddleball as Maui Police Dept. officers Carlos Frate (from left), Antal Kapas and Brendan Fujii begin a patrol of Po‘olenalena Beach recently in Makena. The officers issued three citations at the beach to people who were sunbathing and not engaged in activities which are permitted during Maui County’s COVID-19 stay-at-home order. The Wade boys said the COVID-19 global pandemic felt “weird.” “It feels like dark times,” Khalif said. “It’s weird because, besides weekends, there’s nobody at the beach,” Reggie said. “Our flight’s been canceled a couple times, but we’re supposed to go home Thursday.” The Maui News / MATTHEW THAYER photos

KIHEI — Police issued three citations Saturday at a single beach in South Maui for violation of public health emergency rules. After issuing the citations, four officers on ATVs moved on to patrol other beaches in search of violators.

The citations at Po’olenalena Beach on Saturday come in the wake of a word of caution by Mayor Michael Victorino, who said this weekend is the “final warning” and that if people do not follow the “stay at home, work from home” orders, measures will tighten this week.

“I don’t want to get stricter, but if I continue to see these high numbers and people not really adhering to social distancing . . . I may have to start,” Victorino added.

Maui Police Department officers were patrolling beaches along the South Maui coastline Saturday and said they planned to move later to North Kihei in response to reports of violations. One sergeant said they had been working 13-hour shifts. 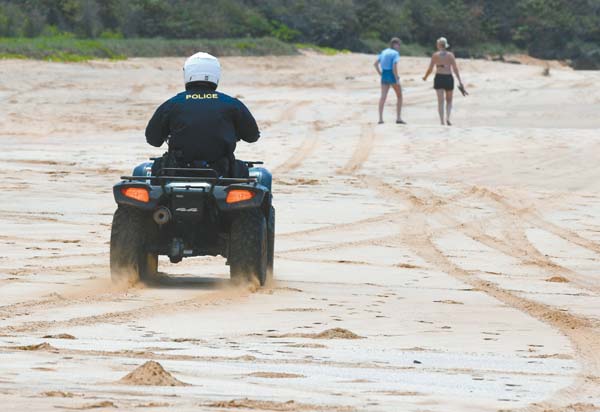 Beaches and the ocean are reserved only for exercise; no sedentary activities are allowed.

Individuals are advised to go out in public alone and only for essential activities. Also, state and local officials recently issued calls to wear face masks when going out in public.

The Maui Police Department said nine citations were issued Friday in the Lahaina District for violating public health emergency rules, bringing the total to 62 since March 28. There also has been one arrest.

Saturday totals were not immediately available. 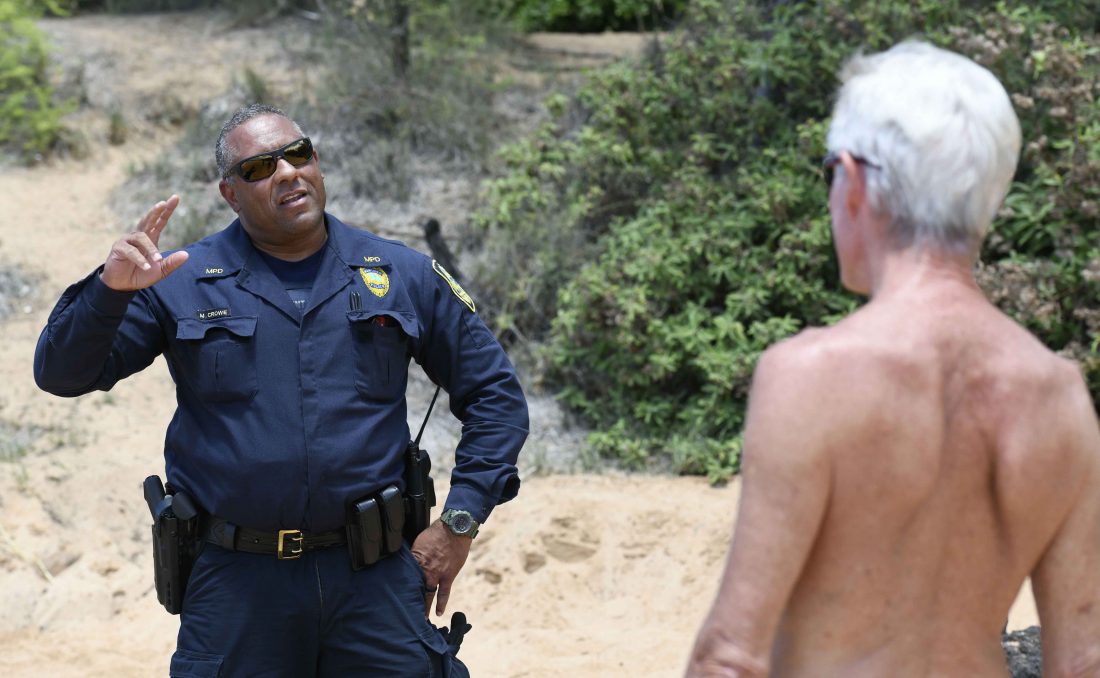