Restaurant: ‘It was a public service to come forward’ after outbreak 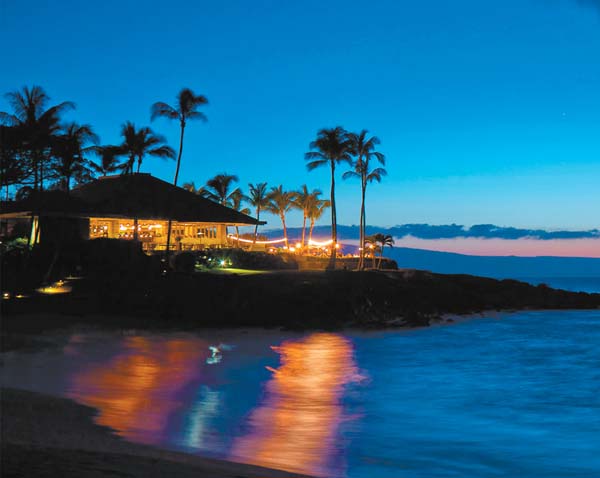 After questions arose about an unidentified restaurant having workers infected with the coronavirus, Merriman’s stepped forward said it was them. “We felt like it was a public service to come forward. We wanted to quell some of the fear that was out there by sharing our story,”  Cristina Schenk, Merriman’s CEO, said.

A well-known Maui restaurant typically at the forefront of fine dining is now leading the way when it comes to public disclosure in the era of coronavirus.

Merriman’s in Kapalua this week voluntarily disclosed in a joint Maui County news release that it had three workers who tested positive for COVID-19 last month. The employees have recovered, no other related cases have emerged and a state health official Wednesday deemed the incident a “nearly nonexistent risk” to the community.

Still, restaurant officials decided that it would be important to offer their story during a time when information may be limited or unreliable.

“The instinct is to curl up in a ball and say we don’t want to be associated with this,” Cristina Schenk, Merriman’s CEO, told The Maui News on Friday. “But the reality is: We are in the middle of a pandemic and information is really important to the public right now. We felt like it was a public service to come forward. . . . We wanted to quell some of the fear that was out there by sharing our story.”

Dan Dennison, spokesman for the state’s COVID-19 Joint Information Center, said Friday that businesses must make their own decisions on public disclosure about employees or operations based on legal counsel, along with employee and customer considerations.

However, choosing to disclose in a timely manner often helps dispel rumors and build trust, he added.

Early on in the pandemic, Merriman’s Kapalua, which employs 100 to 120 people, encouraged staff to stay home if experiencing any symptoms of illness, Schenk said.

Other pandemic measures included closing its doors to full service dining March 17 to “be out in front” of state and county orders (mandates related to sit-down dining came March 20). The location began takeout orders to use perishable inventory and to see if the new model was viable. Merriman’s then decided to close completely March 22.

Throughout this period of time, the restaurant “aggressively sanitized all high-touch points, including menus, tables and door knobs.”

Outlining the timeline for the coronavirus cases, Schenk said Merriman’s first employee called in sick starting March 12, the second as of March 13 and the third as of March 16. They were tested March 16 and 17. Results came back positive March 27.

“In some ways for us, the timing was lucky,” she said. “We had shut down anyway, and we didn’t have to make a separate issue of shutting down.”

State DOH called restaurant management March 31 to get information for contact tracing and to find out if they had told employees, which they had.

Schenk said because the three employees were proactive in going into self-quarantine immediately after feeling ill and remaining isolated for two weeks, they helped prevent any outbreak. The three did not need hospitalization at any point, she added.

Earlier this week, the incident became public when Maui District Health Officer Dr. Lorrin Pang misspoke during a media briefing about a “big restaurant” on Maui that sparked 65 cases. An Oahu reporter called Merriman’s to ask if it was tied to 65 confirmed cases, and all confusion broke loose, Schenk said.

Merriman’s officials called DOH, worried that they had cases they didn’t know about, she said.

The misunderstanding was addressed publicly Wednesday when Sara Hauptman, public health educator with the Maui District Health Office, said the 65 “confirmed cases” were actually “contacts.” There were only three positive cases tied to the restaurant, and three cases do not make a cluster; she said.

DOH did not disclose Merriman’s name or ask that Merriman’s disclose the cases, Schenk said.

Dennison said that when there is a disease outbreak issue, businesses are required to provide information and cooperate with state health authorities. State DOH will make public announcements whenever an imminent health risk threatens the public regardless of whether a business agrees to inform the public, he noted.

Maui County Mayor Michael Victorino in a news release applauded the restaurant for its transparency.

“I want to mahalo Merriman’s Restaurants for coming forward on their own accord regarding three employees of their Kapalua restaurant that tested positive for COVID-19 in March,” the announcement said. “When businesses follow best practices during this pandemic, they protect our entire Maui County community.”

As cases continue to impact businesses, as it did with Costco Wholesale in Kahului last week, questions remain over when and how companies should come forward. A Costco employee tested positive for the virus.

Schenk said communication and information are especially important in a small community like Maui, where everyone is connected.

“I think as a community we need to build a culture of trust around this issue — a trust that businesses are going to disclose and a trust that those businesses are not going to get attacked for it,” she said. “We have to pull together right now. And we have to see the government and Department of Health as our allies in this.

“It’s in the absence of information that people start making things up, they start making assumptions, and the whole story gets completely twisted.”

Dennison echoed the insights on disclosure for businesses.

“Timely and accurate release of information is valuable in dispelling rumors and misinformation and can increase the trust and confidence of customers, partners and neighbors,” he said in an email. “The public often appreciates local businesses sharing information openly as part of a close-knit community, and businesses must decide when employee privacy and other considerations come into play.”