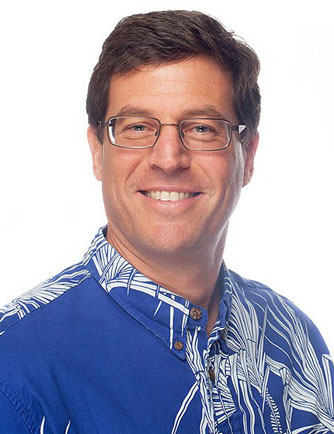 Environmentalists said they hope Maui County will work on a solution to end the use of injection wells to discharge large amounts of treated wastewater, following a Supreme Court ruling Thursday in a lawsuit over injection wells in West Maui.

The Supreme Court ruled that sewage plants and other industries cannot avoid strict environmental requirements under landmark clean-water protections when they send dirty water on an indirect route to rivers, oceans and other navigable waterways, according to The Associated Press.

“This provides us a pathway forward to stop this practice of illegally injecting wastewater into the ground,” said Hannah Bernard, executive director of Hawaii Wildlife Fund, which was among organizations that brought the lawsuit against the county. “What this now allows is for us to solve this problem and for us to stop polluting the ocean.

“I couldn’t be happier because while we have been waiting, the reefs have been degrading. Now the reefs can finally begin to have a chance for recovery. It’s been a very long wait.”

Rejecting the Trump administration’s views, the Supreme Court justices held by a 6-3 vote that the discharge of polluted water into the ground, rather than directly into nearby waterways, does not relieve an industry of complying with the Clean Water Act, The Associated Press reported. 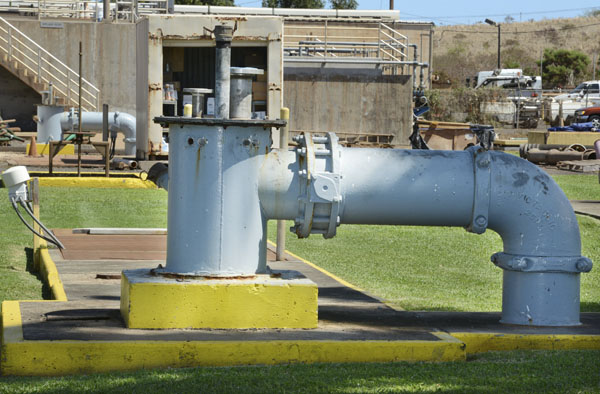 An injection well at the Lahaina Wastewater Reclamation Treatment Facility pumps treated water from the sewage system into the ground in this photo taken in September. The injection wells were the focal point of a Supreme Court ruling on Thursday; the wells require compliance with the Clean Water Act. The Maui News / MATTHEW THAYER photo

The closely watched case centered on whether a sewage treatment plant needs a federal permit when it sends wastewater deep underground, instead of discharging the treated flow directly into the ocean. Studies have found the wastewater soon reaches the ocean and has damaged a coral reef off Kahekili Beach in Lahaina.

Justices Samuel Alito, Neil Gorsuch and Clarence Thomas dissented. “Based on the statutory text and structure, I would hold that a permit is required only when a point source discharges pollutants directly into navigable waters,” Thomas wrote.

That was the position taken by Maui County, which injects 3 to 5 million gallons a day of treated wastewater into wells beneath the Lahaina Wastewater Reclamation Facility that is about a half-mile from the shoreline. Studies using dyes to trace the flow showed more than half the discharge from two wells was entering the ocean in a narrow area.

Environmental groups won a ruling in the case from the 9th Circuit Court of Appeals, based in San Francisco.

While the Maui County Council voted to settle the case after the appeals court ruling, Mayor Michael Victorino didn’t approve the settlement, leading to the case being taken up by the Supreme Court.

“This ruling is a step toward the clarity we have advocated for,” Victorino said in a statement Thursday.

He said the Supreme Court agreed with Maui County that the 9th Circuit ruling “was too broad and could possibly affect millions of homeowners with septic systems.”

“The Supreme Court also confirmed that discharges to groundwater are the responsibility of the states, which allows us to address this problem at a local level,” Victorino’s statement said.

“What the court did was set up a multifactor test for regulatory agencies, such as the state Department of Health, to apply when considering whether a permit is required,” Perry said in response to a question from The Maui News.

Earthjustice attorney David Henkin, who argued the case before the Supreme Court in November, had a different interpretation of the ruling.

“The court, in a very resounding decision, said Maui County is wrong,” Henkin said. “The Supreme Court today said, yes, injection wells need a permit as long as it’s a functional equivalent of discharging into the ocean.

“This has huge national implications about all sorts of pollution. This is a resounding victory for people who are concerned about protecting clean water from pollution.”

Henkin said the ruling doesn’t mean all use of injection wells must stop.

“Some use of the injection wells can happen and still protect the reef,” he said.

When injection wells were first built on Maui, they served as a backup while most of the treated sewage water was reused for irrigation of sugar cane, Henkins said. “It wasn’t until sugar went out that they started using the irrigation wells as the primary means of disposal,” he said. “Going forward, if they want to use the irrigation wells, they would have to meet water quality standards.

Henkin said a Clean Water Act permit doesn’t require no pollution. But “you can’t have too much such that you’re killing the reef, which is what is happening at Kahekili,” he said. “You could allow some use of injection wells under some circumstances.”

In a statement, state Health Director Bruce Anderson said the department has begun discussions with the county to address the current discharge of treated effluent water from the Lahaina treatment plant.

“This is a serious situation and the Department of Health is pursuing steps to ensure the protection of the waters surrounding our islands,” he said. “The department’s priority is a goal of complete reuse of treated water except in emergencies. The department may have several options for a future permit.

“It is premature at this time, however, to specify the content of any future permit.”

He said the department would abide by any court orders and any Environmental Protection Agency regulations that may result from the ruling.

Perry said the county has completed $48 million in recycled water projects to date, and it has $82 million in process or planned in the near future.

Bernard said some improvements were made several years ago in Lahaina to better disinfect the water, but the volume of the discharge hasn’t been addressed.

State Rep. Angus McKelvey, whose district includes West Maui, said in a news release that he was “thrilled” to get news of the ruling Thursday.

“I applaud the new test created by the Supreme Court because it makes it clear that the county needs a permit for their injection wells, while ensuring homeowners and others won’t have to go through any type of federal permits insofar as the Clean Water Act goes,” McKelvey said. “Although the test would scale back on a lower court’s previous ruling, it is significantly broader than the position the county and the Trump administration had taken in arguing for no such permits.”

Council Member Kelly King, who had supported settling the case, said in a news release that the county “could have saved millions in court and attorney fees” if the mayor had signed the settlement agreement.

“However, the decision is now an extra nationwide protection against water pollution,” she said in the news release.

“While it is one day after the 50th anniversary of Earth Day, our planet could not have received a better gift than the Supreme Court upholding the Clean Water Act in its decision against the County of Maui,” she said in the release.

Henkin said the case would be sent back to the appeals court in light of the ruling.

“We fully expect they will say like they did before that Maui County needs a permit,” Henkin said.

From there, he said the case likely would be sent to U.S. District Court in Hawaii, where an initial ruling was made in 2012. Henkin said environmental groups had tried to work with the county on the issue before bringing the lawsuit.

“Here we find ourselves eight years later and $4 million of taxpayer money spent on lawyers instead of investing in fixing the problem,” Henkin said.

“I would expect that if Maui County wants to waste more taxpayer money and flush that down the toilet, we could spend a lot of time in court. We’re hopeful that the mayor and the council will take a position that the court has spoken — their view of the world has been rejected — so they will work at fixing the problem.”

In addition to Hawaii Wildlife Fund, the case was brought by West Maui Preservation Association, Surfrider Foundation and the Sierra Club-Maui group.

West Maui Preservation Association said in a news release that it has worked for over 15 years to remedy the damage to the coral and marine life by organizing community meetings, testing water quality, contesting administrative agency proceedings and filing lawsuits.

“Throughout that time, the County of Maui fought the community on this issue, wasting millions of dollars while the Department of Health took a do-nothing approach,” the news release says.

While the lawsuit focused on West Maui, “this decision implicates all of the county’s injection wells and so the solution must be countywide,” said association attorney Lance Collins. “Together, we can do it.”

* Staff Writer Lee Imada contributed to this report. Lila Fujimoto can be reached at lfujimoto@mauinews.com.

An injection well at the Lahaina Wastewater Reclamation Treatment Facility pumps treated water from the sewage system into the ground in this photo taken in September. The injection wells were the focal point of a Supreme Court ruling on Thursday; the wells require compliance with the Clean Water Act. The Maui News / MATTHEW THAYER photo

What can you make in the kitchen with the five featured edible invasive species? A lot. The app provides dozens of recipes, including quiche made with butterfly ginger. TAHITI HUETTER photo