Murder in the second degree upheld 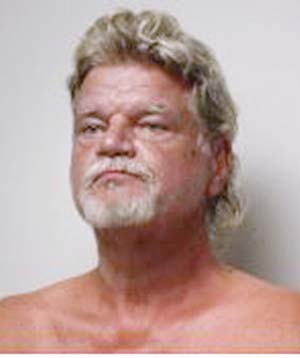 Murder charges against David Richard Stevens were upheld Friday following a preliminary hearing. Stevens is accused in the beating death of Patrick Wisely, 53, near Waiola Church in Lahaina.

WAILUKU — The 61-year-old suspect in a Lahaina murder case told a witness that he “killed a guy” and asked the man if he wanted to see the body.

“I broke one of God’s commandments last night. I killed a guy. . . . Do you want to see the body?” defendant David Richard Stevens told Kenneth Bonavia, who was testifying in a preliminary hearing Thursday afternoon in Wailuku District Court.

Stevens then pointed out brown colored stains on both of his hands, said Bonavia, who was walking in the 505 Front Street area with a box of donated food on May 21.

“This is my blood. This is the other guy’s blood,” Stevens told Bonavia.

Stevens also told him that he broke his walking stick over the victim, Bonavia testified.

Police evidence technicians testifying Friday at the continued hearing said they found a fragment of a wooden stick that had blood-like substances on it. It was located between the victim’s body and a wall, which had blood-like splatters on it.

However, the technicians could not tie the fragment to the victim, Patrick Wisely, 53.

Police said there was no signs of life in Wisely, who had visible injuries to his face and head when found at 6:54 a.m. May 21 in the area near Waiola Church at 535 Wainee St.

The enhanced charge allows a judge to possibly sentence Stevens, if convicted, to life in prison without the possibility of parole, if the court finds the murder was especially “heinous, atrocious or cruel.”

But Hamman pointed to the testimony of forensic pathologist Dr. Rachel Lange, who said that Wisely used his left arm, which was subsequently broken, in a defensive position.

“It does indicate that he was conscious and beaten to death,” Hamman said.

Segal asked for no bail for Stevens, saying that he had made threats to others prior to the case, that he has parole violations in Michigan and that he could be a flight risk.

During the preliminary hearing Thursday, Apo asked Bonavia whether he knew if the stains on Stevens’ hands were blood. Bonavia said he only thought it was blood because Stevens said it was.

“It was brown,” Bonavia said.

He also told Apo that he did not notice Stevens having a walking stick.

At first, Bonavia said that he wasn’t sure what to make of Stevens’ comments. But when he went to the nearby Salvation Army in Lahaina, he heard about the murder.

Bonavia then walked over to the Wainee Street area to talk to police, who were investigating the scene.

Bonavia said Stevens is an acquaintance, whom he has previously seen while working at the Salvation Army in Lahaina. Stevens used to show up for clean-ups.

When asked by Apo why police charged Stevens with second-degree murder, Detective Jonathan Kaneshiro said there were inconsistencies in Stevens’ story.

At first, Stevens said he last saw Wisley, who also went by the names Yaya and Jazz Hands, around three days ago, Kaneshiro said. But then to another question asking if he touched Wisley, Stevens said that he saw Wisley “last night,” meaning May 20.

Kaneshiro said Stevens told him that he went to check on Wisely in the area of Waiola Church when he heard Wisely moaning on May 20. Stevens explained to Kaneshiro that police would find his DNA at the scene because he had touched several jugs to find water to give to Wisely.

Stevens told Kaneshiro he did not see any blood or injuries on Wisely.

When he saw Stevens on May 21, Kaneshiro said the defendant had an injured blood vessel on his left ring finger and a spot of a blood-like substance on his shoe.

Kaneshiro said he visited the crime scene May 21. The victim suffered “blunt force trauma” injuries to his left eye and nasal structure and other parts of his body and face. The victim was lying on his right side.

Police are awaiting results from the Honolulu Police Department’s laboratory on DNA evidence but at least one sample showed human blood, he said.

Forensic pathologist Lange testified that Wisely died late on May 20 or early on May 21 and had suffered blunt impact injuries on the head. Wisely also had blood in his airways and lungs and that the victim had multiple lacerations.

Police evidence technicians testified that tests showed blood splatters on a wall near Wisely’s body with pooling of blood at the base of the wall. Splatters also were found on a nearby metal pole and a plant. Blood was also shown going down a driveway.

Anthony Earles, the working supervisor of the forensic unit, said some blood was forced out of the body, such as through coughing. He said that blood on the victim’s body had been diluted.

Other witnesses who knew Stevens testified that the defendant also made comments to them May 21 that he had sinned and would be punished by God.

Stevens’ arraignment and plea is scheduled for June 10.