Flowers will be placed at cemetery; Akaku to air prerecorded ceremony 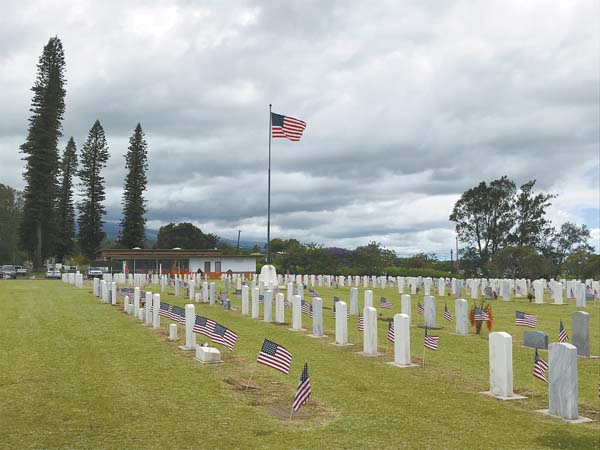 Makawao Veterans Cemetery is filled with American flags Saturday. The Maui County Veterans Council organized efforts to place about 3,000 flags at the cemetery on Friday, according to MCVC Memorial Day event coordinator Elena Walker. More than 100 volunteers pitched in since the Boy Scout Troops were unable to gather this year. The Maui News / MELISSA TANJI photo

When 14-year-old John Ribillia came home from school one afternoon in 1969, a Marine captain and a priest were waiting at the family’s Puunene plantation home.

Ribillia was confused, and then he heard the news — his older brother Mariano had been killed in Vietnam.

More than 50 years later, Ribillia still has vivid memories of that day, and of his brother, whom he thinks of often especially on Memorial Day.

“Every day there’s thoughts about him, especially when it gets close to Memorial Day and his birthday in February,” Ribillia said. “I go put flowers or ti leaf lei (on his grave). And he likes the color white, so I would put a white rose.” 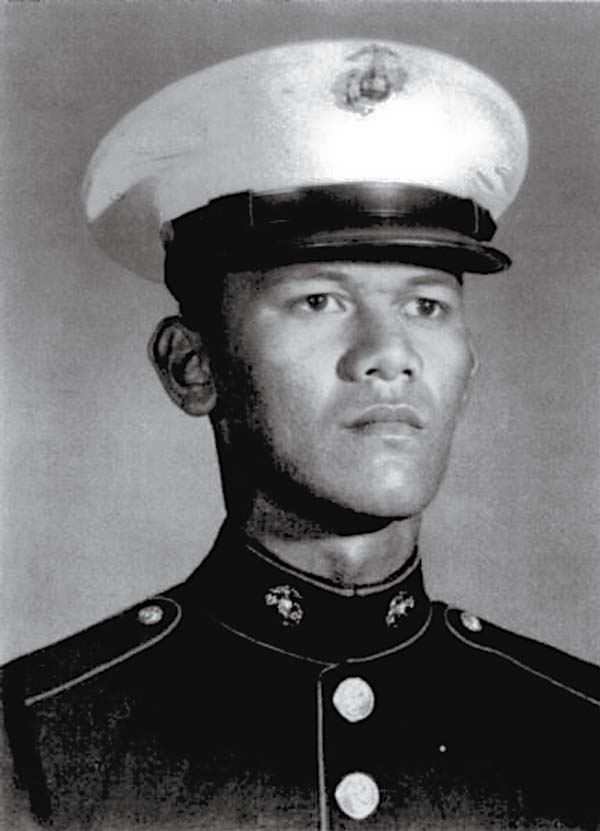 While the coronavirus pandemic prevents large groups from gathering to pay tribute to Maui’s heroes at the Makawao Veterans Cemetery today, they will be remembered in the homes and hearts of those they left behind.

Mariano Ribillia Jr. was one of the many young men and women who left Maui to serve overseas. The son of a Filipino immigrant father and a Native Hawaiian mother, he grew up in Puunene as the oldest of seven — five girls and two boys. John Ribillia, the third child, remembered his brother as “the protector” of his younger siblings in the “rough” plantation camp setting.

With the Vietnam War in full swing and the draft inevitably looming, Mariano decided to sign up for the Marines.

“They were all scared . . . but kind of like gung ho. But I know deep inside he was scared,” John said. “He came back from training, he was a changed person.”

“When he left, he was like, ‘Oh brah.’ When he came back, it was like, wow, ‘Yes, sir.’ Just a changed person because of the training.” 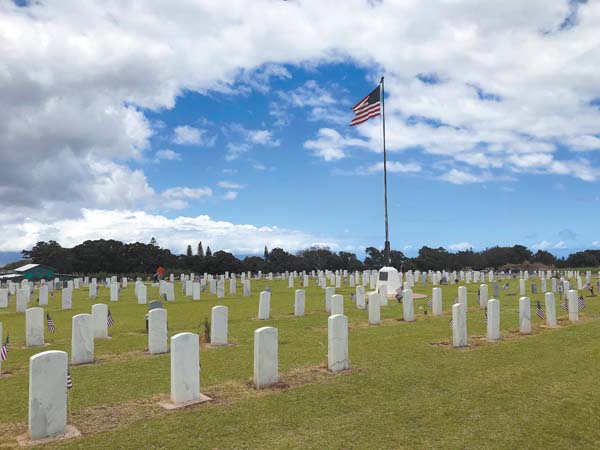 John still remembers the day he stole his father’s Dodge Coronet to drive his brother to the Kahului Airport before he left for Vietnam.

“I told him, ‘Take care, brah, come back,’ “ John recalled. “He came back alright, but in the wrong manner.”

On Jan. 21, 1969, Mariano was serving as a rifleman with Company K, Third Battalion, Fifth Marines, First Marine Division, according to his Silver Star Medal citation. His company had been sent to the aid of a reconnaissance team that was “heavily engaged with a large hostile force,” but when they arrived, they were pinned down by heavy fire.

“Realizing the seriousness of the situation, Private First Class Ribillia alertly pinpointed the source of automatic weapons fire and, completely disregarding his own safety, crawled across the fire-swept area to the enemy bunker,” the citation recounts. “Fearlessly exposing himself to the hostile fire, he threw two hand grenades into the fortification, destroying the machine gun emplacement and enabling his companions to continue their advance.”

Scrambling back to his platoon, he was killed by enemy sniper fire, an act of courage and sacrifice that saved his fellow Marines from serious injury or possible death.

He was one month shy of his 20th birthday.

Mariano was honored in his death with the Silver Star, but “back then, I didn’t care about it. I just wanted him to be back with the medals, alive,” said John, who was just a sophomore at Baldwin High School at the time. The day his family was notified of Mariano’s death, “my friends heard about it so quickly, and then they came by and kind of comforted me and stayed with me, and I really appreciated that,” John said.

“I don’t feel hurt about it,” he said. “What’s done is done. But it’s just missing that part of me that is gone.”

He said for Memorial Day he usually goes up to the Makawao Veterans Cemetery where his brother is buried to “reminisce good ol’ days” and put flowers on the grave. He encouraged others to honor the veterans in their life.

In addition to Mariano, several other Maui County veterans who are buried at the cemetery earned a Bronze Star during the Vietnam War: Melvin Yamashita, Jerald Sumida, James Soriano and Walter Browne, according to Maui County Veterans Council President Janna Hoehn.

They and other veterans will be honored today with floral presentations at the cemetery by the MCVC and the Maui Korean War Veterans Association from 8:30 to 9 a.m. Akaku Channel 55 will also air a prerecorded ceremony at 7 a.m., 11:40 a.m., 3:30 p.m., 5:30 p.m., 7 p.m. and 10 p.m., MCVC Memorial Day event coordinator Elena Walker said. The ceremony will include the reading of the names of Maui County veterans who have died in the past year.

On Friday, the veterans council also organized efforts to place about 3,000 flags throughout the cemetery. More than 100 volunteers pitched in since the Boy Scout Troops were not able to gather this year.

“Due to social gatherings and social distancing, it saddens me that we were not able to have our Memorial Day Ceremony on Monday, yet as the event coordinator, I felt that we still needed to put the flags on the graves to honor our veterans,” Walker said. “Every year since 2016, my military women organization Na Koa Kahiko Wahine along with MCVC has been hosting the event. We look forward to next year’s Memorial Day to provide our community an event to honor our veterans.”

Dr. Bridget Bongaard, director of Maui Cancer Wellness Retreats, said that cancer patients and survivors are dealing with extra stress during the pandemic.

Makawao Veterans Cemetery is filled with American flags Saturday. The Maui County Veterans Council organized efforts to place about 3,000 flags at the cemetery on Friday, according to MCVC Memorial Day event coordinator Elena Walker. More than 100 volunteers pitched in since the Boy Scout Troops were unable to gather this year. The Maui News / MELISSA TANJI photo