Woman longs to know more about death of her father 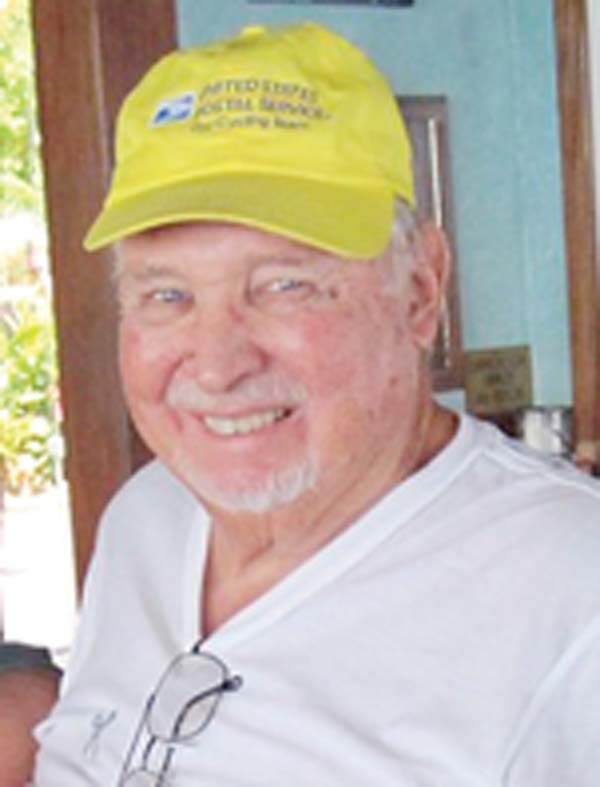 About a month after her 87-year-old father died at Maui Memorial Medical Center, presumably of pneumonia, a Lahaina woman is still on a quest to find out if her father had contracted COVID-19.

Corky Gardner says her father, David Bruce Gardner, had been placed in the chronic care unit where the COVID-19 cluster cases have been reported. Mr. Gardner’s death certificate lists the cause of death as pneumonia, but a nurse at the hospital told Corky Gardner that her dad’s pneumonia had cleared days prior to his death.

Mr. Gardner had tested negative for the virus when he went into the hospital. She doesn’t know if he was tested again for the virus.

But the connection with pneumonia and COVID-19 has Corky Gardner wondering if her father had succumbed to the virus. The state Department of Health has linked some Maui fatalities to a cluster of cases at the hospital that began in mid-March.

“He was so scared of getting it,” Gardner said as she conversed with her father by cellphone. The hospital has barred visitors for precautionary reasons.

The Gardner case posed questions about whether people who die of coronavirus-related symptoms, like pneumonia, might have the virus. Are those patients being tested later or can the virus be detected postmortem?

Maui Health System spokeswoman Tracy Dallarda said that COVID-19 positive people around the country, no matter their actual cause of death, are classified as COVID-19-related fatalities.

For example, four of the six deaths at Maui Memorial were due to the illnesses for which the patients were admitted. But because they tested positive for the coronavirus — while not showing symptoms — those deaths are included in the state count, she said.

State Health Director Bruce Anderson said Monday that there are many elderly people who have preexisting or chronic health conditions, which would make them more susceptible to COVID-19.

“Often people are to die of pneumonia and or other complications associated with preexisting conditions,” Anderson said. “Certainly those are issues.

“However in most cases today, if a physician expects or suspects that an individual is infected with COVID-19, they would be tested if they were in an acute care unit. It is unlikely we would see a lot of deaths, very few deaths being associated with COVID-19 that are not identified as such.”

“Physicians know what to look for here,” he added.

The coronavirus was not believed to be the primary cause of death in the latest Maui County coronavirus fatality reported Sunday. The woman, over 60 years old, suffered other serious illnesses, but COVID-19 may have been a contributing factor to her death, the Hawaii COVID-19 Joint Information Center said.

The woman had been hospitalized at Maui Memorial since late February, and her COVID-19 infection occurred in mid-April. The Joint Information Center said the woman’s COVID-19 case is included in the hospital cluster totals, which was up to 59 — 38 health care workers and 21 patients — last week.

But Maui Health said late Monday night that the numbers are actually lower with 53 cases — 39 health care workers and 14 patients.

Maui Health described the most recent death as a woman who was “terminally ill” and had been treated at the hospital since February.

“The person tested positive for coronavirus as part of routine screening after contact with a positive individual and never experienced any change in their symptoms after contracting coronavirus,” Maui Health said in a statement.

The hospital’s “initial investigations reveal that the patient’s passing was a result of progression of their underlying terminal illness and not attributed to COVID-19,” the statement said.

“We are saddened by the passing of a member of our Maui community and extend our sincere condolences to the patient’s family and loved ones,” Maui Health said, adding that “we continue to work collaboratively with the Department of Health.”

In the Gardner death, an autopsy could have helped determine whether the virus played a role. At Monday’s news conference, Anderson said that an autopsy can detect COVID-19. In fact, an autopsy on an unattended death in Hawaii showed that the person had the coronavirus.

Unfortunately for Corky Gardner, her dad has been cremated.

Her father had been hospitalized off and on from March, she said. It was an ordeal made worse by the pandemic because she could not visit him and be by his side.

She remembers him as a man who served in the Army and called him an “Atomic Veteran” because he witnessed many atomic blasts and their effects. He also loved music and painting.

For now, she will await her father’s medical records to see what else she can find out about his death and whether it might have been linked to the coronavirus.

On Monday, there was only one new COVID-19 case in the state, which occurred on Hawaii island and was not related to the McDonald’s restaurants cluster in Kona, Anderson said. Hawaii island now has 75 cases.

That one case raised the state’s total to 621.

Maui County’s total remained at 116, including two on Molokai and none on Lanai. One Lanai resident, whom the Health Department says contracted the virus at Maui Memorial, remains on Maui.

Oahu’s total stands at 400 and Kauai’s at 21. Nine Hawaii residents have been diagnosed out of state.

In a sign of the coronavirus curve being flattened, Maui Health reported the reopening Monday of the Maui East unit as a surgical unit. It previously was a COVID-19 unit.

“This is great news for our community and the efforts we are doing to flatten the COVID curve,” Maui Health said in an email.

Dallarda said that people should continue to come to the hospital if they need care. She has heard of people in need of care who are putting off trips to the emergency room.

“We want people to know that it’s safe to come here,” she said.