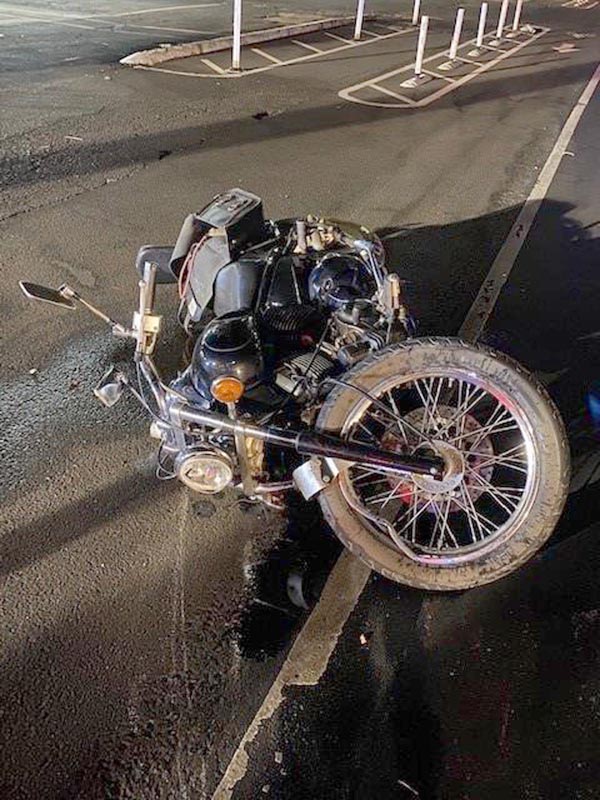 Police said speed is suspected as a factor in an early-morning crash Thursday that critically injured a 43-year-old motorcyclist.

The crash occurred at 12:25 a.m. on East Kamehameha Avenue at the intersection with Puunene Avenue in Kahului.

Police said the investigation showed that a 1998 Yamaha V Star motorcycle was traveling southwest on Kamehameha Avenue and hit the concrete curbing of the traffic island, then hit the traffic signal pole.

The motorcycle operator, who has no local address, suffered life-threatening injuries and was transported in critical condition to Maui Memorial Medical Center, police said.

He wasn’t wearing a helmet at the time of the crash, police said.

So far this year, five people have died in traffic crashes in Maui County, compared with 11 at the same time last year.