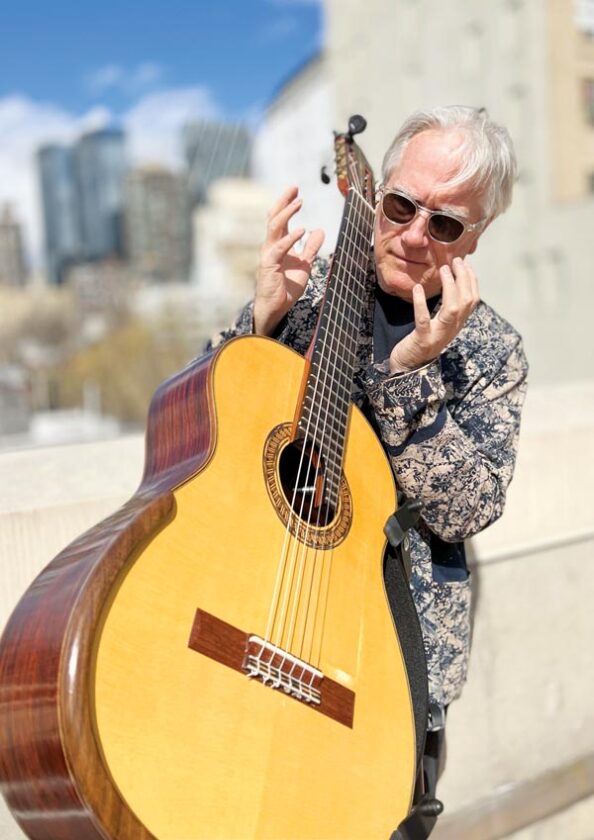 Three classical guitar virtuosos, Ben Verdery, Jiji, and Na Hoku Hanohano Award-nominated musician Ian O’Sullivan, will team up for a special concert today at the Makawao Union Church, performing solo, in duos and as a trio.

“We’re all really excited,” said Verdery, guitar professor at the Yale School of Music. “Playing now is different because of COVID. We’re coming together in the magical island to make music and share.”

As a trio, they will play an arrangement by O’Sullivan of Peter Moon’s classic “Guava Jam.” “I think Ian is one of the greatest musicians I know,” said Verdery.

“Ian will play a set and we’ll play a couple of pieces of mine. I’m playing my arrangement of Buffy Sainte-Marie’s ‘Ke Sakihitin Awasis (I Love You Baby)’ and ‘You Got to Run (Spirit of the Wind),’ because she lives on Kauai. They’re from records she made in her 70s. It’s music she labeled as pow wow rock. The main thing is to get everyone to hear Jiji. Jiji and I have never played live together.”

An Assistant Professor of Guitar at Arizona State University, Jiji won the first prize at the 2016 Concert Artists Guild International Competition. A featured soloist at Carnegie Hall, The Washington Post featured her in an article on “21 composers and performers who sound like tomorrow.” The Makawao concert marks her Maui debut.

“Jiji is a very passionate and dynamic performer,” Verdery noted. “When you see her play, you can really feel her emotional involvement. And she’s also a virtuoso, so you’re dazzled and moved, and that’s pretty unusual.”

Jiji’s set will include “an arrangement I did of a score by this amazing female composer, Claudia Sessa, an Italian nun from the 1570s,” she explained. “Kings and queens wanted to hire her as a court music, but she said she only wanted to write for God and church. And I’m going to play a piece I commissioned by composer Gulli Bjornsson.”

As a young girl in South Korea, Jiji fell in love with the guitar playing of rock legends like Jimi Hendrix and Eric Clapton. While she wanted to rock out, her parents had other ideas and bought her an acoustic classical guitar.

“My idols were Jimi, Prince and Deep Purple’s Richie Blackmoor,” she explained. “That was my first inspiration. But my parents really didn’t want an electric guitar with an amp in the house.”

After moving to America at 15, she attended the Cleveland Institute of Music and eventually graduated from Yale’s Music Master’s program. “I skipped out of high school to go to college at 14 (the Korea National University of Arts), and then I was musically lost for a bit. I had to compartmentalize all these music passions, and I fizzled out on the competition thing. It became a long journey to figure out what kind of artist I am today.”

A member of the Grammy-nominate musical collective Wild Up, Jiji is currently completing the album “UNBOUND!,” where she “commissioned eight composers to write pieces that explore and define what 21st century virtuosity looks like on guitar.”

Verdery will hold his 23rd classical guitar master class on Maui today through July 14, with concerts taking place at various locations on the island, including the premier in Lahaina and Makena of his arrangement of the classic Fleetwood Mac song, “Lay It All Down,” for 17 guitarists, violin and koto.

The opening concert today at 7 p.m. at the Makawao Union Church with Verdery, Jiji, and O’Sullivan, will also include music by Nicolò Paganini and Thomas Flippin’s “Nocturne for People Who Can’t Sleep.” Donations accepted at the door will benefit the Boys & Girls Clubs of Maui, Makawao Clubhouse.

On July 10 at 2 p.m. at the Makawao Union Church, a concert will feature solo guitarists Alex Lew, Andrew Hull, and Alicia Castillo; the violin-and-guitar duo Meghandiego and the voice-and-guitar duo Olson/De Cari Duo. The program will include Verdery’s voice-and-guitar piece “What God Looks Like,” the “Grand Duo Concertant, Op. 85,” by Mauro Giuliani, and the world premiere of Hull’s “Three Caprices for Guitar.” Donations accepted at the door will benefit the Boys & Girls Clubs of Maui, Makawao Clubhouse.

In addition, free student concerts will be held on July 12 at 7 p.m. at the Lahaina Jodo Mission, and on July 13 at 7 p.m. at the Keawala’i Congregational Church. The program will include individual performances and pieces for guitar orchestra conducted by Verdery, Jiji, and O’Sullivan.

“I’m over the moon to arrange Fleetwood Mac’s song, Lay It All Down’,” Verdery said. “I’m arranging it for multiple guitars, koto, and a violin. I’m doing it for Mick Fleetwood as he’s on the island and people love him. It’s a great song.” 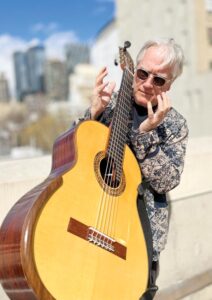 THE FOLLOWING SENTENCES for driving under the influence of intoxicating liquor occurred during the period of Aug. 9 ...